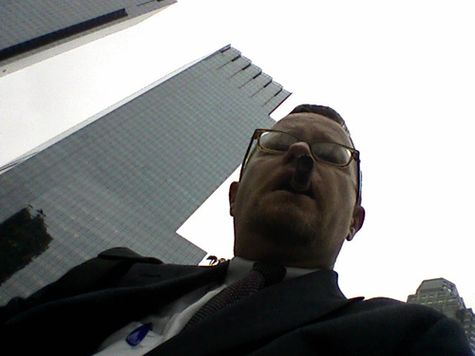 So tired again. Been a long day but not such a bad day. Calvin was out and that made all the difference. He wasn’t missed. Not by me, not by Don and not by Sean.

And it didn’t rain today. I had a nice breakfast, some coffee and as part of my morning routine, sent out resumes. Macy’s? Unloading trucks for the holidays? Sure, why not? Selling books at Borders? OK! I also went back on my rule not to use Craigslist to look for jobs.

The job that I left after 2 days in February despite Sally Maurice’s freakout, well they’re still looking to fill that position. Makes me feel good to know that I left a bad job at the right time, before I signed anything.

Perhaps it’s a good thing that I’m working a shitty job, since when I started this shitty job I was out of work for so long that I wasn’t prepared mentally, at least not 100%, to go back to work. Now, I feel like I’m ready for anything.

Bill has been incredibly supportive. I can only hope I can be the same for him if and when he needs support.

Still I am tired. As the work day wound down I found myself getting despondent with the fact that I’ll be working with Calvin the next two days, in fact it will be just me and him on one of those days.

Lately I close the store by myself. I have my system, my flow. When Calvin is around I can’t do those things, like put the receipts in an envelope. That has to be done at 9:00, not 8:50 as I sometimes do.

Doesn’t make sense since if there is another sale in those 10 minutes, the other receipts will be put in the envelope anyhow. It’s ridiculous.

But I did contact some cousins of mine with regards to finding new employment. Cousins from both sides of the family. I’ve never asked any family for help in getting a job but times are different and it’s best to throw everything at the proverbial wall and see if anything sticks.

And so the family wall is also brought in.

Even applying to see if I can find work with the USO, but nothing is in the NYC area. Plenty of volunteer opportunities, but I need to get paid. Something has to give. Plenty of resumes out there. Holiday season approaches.

I know I’m not alone in all of this. Lot’s of people are out of work still. If I can find something different, I’d gladly let those unemployed people take my job at the cigar shop, but I would give them a word of advice beforehand. 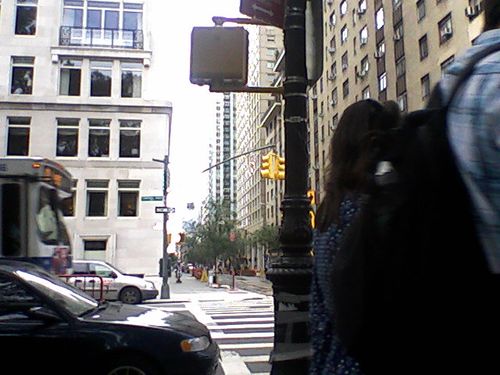 from where I sit