This morning I had a dream of being somewhere down the Jersey shore, staying with some people I don’t know. Friends of friends. I took a bus down there to a strip mall. Annemarie was around somewhere and while waiting for Annemarie, I decided to take her jeep for a ride, then I remembered that I don’t like driving.

Then trying to get back to where I was staying I had to go in quite a roundabout route.

I started walking to the place where I was staying which turned out to be on a very steep hill by the strip mall. I had to be careful since the hill was steep enough to be fatal if I fell, though it looked like a hill that you could roll over end over end and have a good time doing so.

Then it was trying to figure out how to cross Route 17 under the Route 80 overpass while trying to get to Essex Street. Also in the dream, Dave Grohl had made an excellent sketch of a princess.

That is what I woke up to. I know, other people’s dreams are so boring and here I am telling you about mine. It was all so very Nick Colas if you ask me. It was a good night’s sleep once again and that doesn’t happen often. Not just to me but to other people, interrupted sleep sucks.

I got out of bed and made the coffee, poured the cereal and was about to step into the shower when Bill came home in dire need to use the loo, so I just sat back and had some coffee and surfed the net. I was happy he came home safe and sound and decided to do the morning routine in reverse. Coffee and cereal, then the shower. It was a thrill really. I felt like someone else, though of course I wasn’t. I was certainly no longer hungry at all as I got myself cleaner anyhow.

I did plan on going to the bibliothèque to do some volunteering but when I got there they were fully staffed and in no real need for a volunteer, plus one of the nicer people on staff seemed quite bitchy and I decided to avoid them. I asked about the Open Mic thing in the park across the street and they referred me upstairs to the two blokes who were setting the whole thing up. They seemed quite happy to have my interest and so after talking with them I headed home and got my act together so to speak.

Bill was trying to sleep but kept getting interrupted by his phone so he wasn’t having a good time of it. My playing guitar two rooms away seemed to calm his nerves and yelled his approval with each song I practiced. I was anxious of course but determined to do something. I was thinking of it being a practice for Maxwell’s on October 25. I was asked if it would be OK if I was the first onstage and I told them that I thought I was going to be first since I was the least known out of all the performers.

I also backed out of DJ’ing for that night since it would only be a song here and there between acts, and the sound booth can get crowded and I did not want to get in the sound man’s way. And the sound man usually has the songs he wants to hear, so let him. That means, with any luck, it would just be me and Bill there since it is so early. I’ll be on stage and Bill will be recording me butcher various songs. The things starts at 7:30 and I expect we’ll be back home by 8:30.

And I have no problem with that.

So I practiced before the Open Mic and decidedly did not over practice. I walked over at the end of a Flamenco act that was very good and signed the sheet. Judging by the scrawl I should have realized that there were a few children performing. First up was Rowan who sang an acapella song called Fireworks and everyone loved him.

Then a friend of one of the organizers sang two songs, talented yet maudlin. Then more kids came up and sang who knows what. I was more focused on my slot. A woman named Shana came up to buy a smoke form me and I rolled her one. She was interested in singing so I told her to sign up. She did, and then walked away. Julio, Stine and Alexander passed by on their way to meeting friends at the Path train so they didn’t stay, hence the lack of photographs.

My name was called and as I was walking up the gazebo steps I was told I could only do one song due to time constraints. Of course if I did the songs I envisioned I would have filled ten minutes probably. But since it was restricted I did the tried and true Fabs, All My Loving. Two minutes and 14 seconds I was done. I plugged the Thursday night show at Maxwells and headed off back home.

Shana’s name was called but she was nowhere around. So Sasha, the bloke who was running the show did his number, all pedal effects which sounded like Tangerine Dream or Robert Fripp. I mentioned that to Sasha and he had no idea what I was talking about which could mean he thought he was coming up with something original. And it was, just reminiscent. 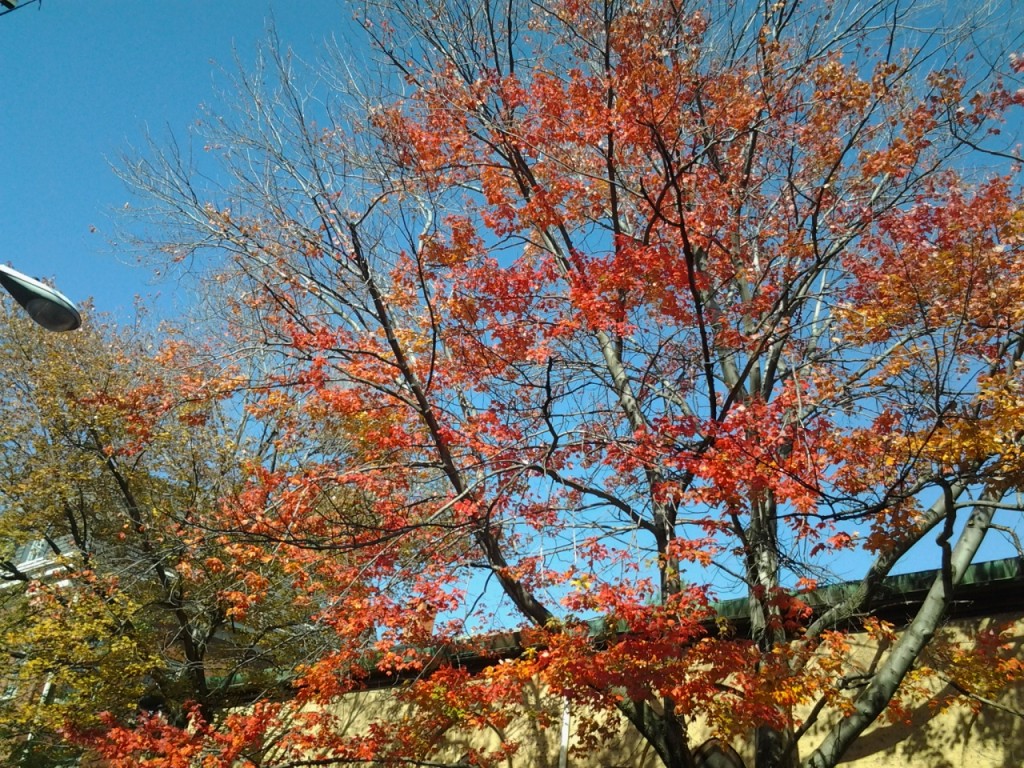 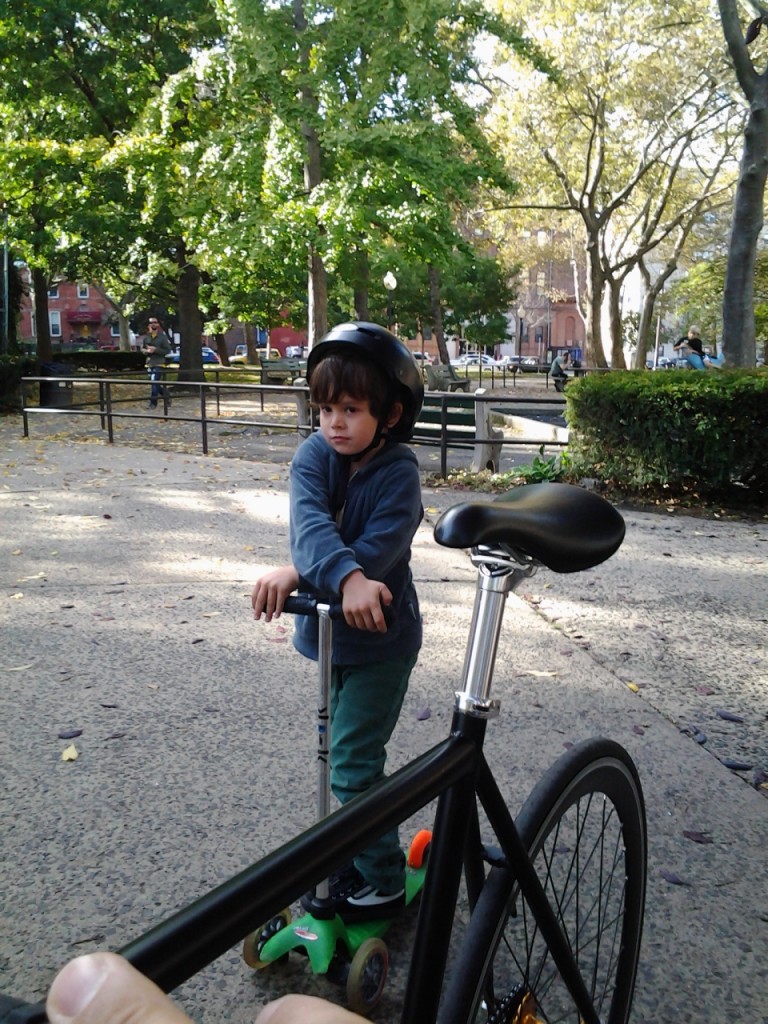 not a sewing machine 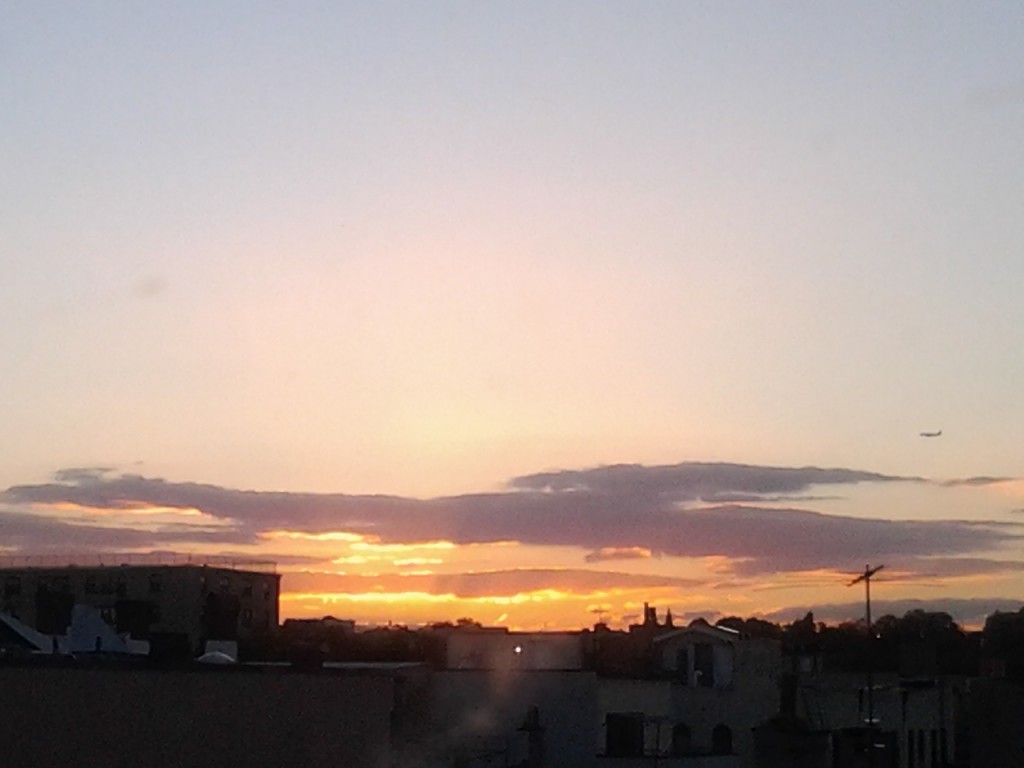 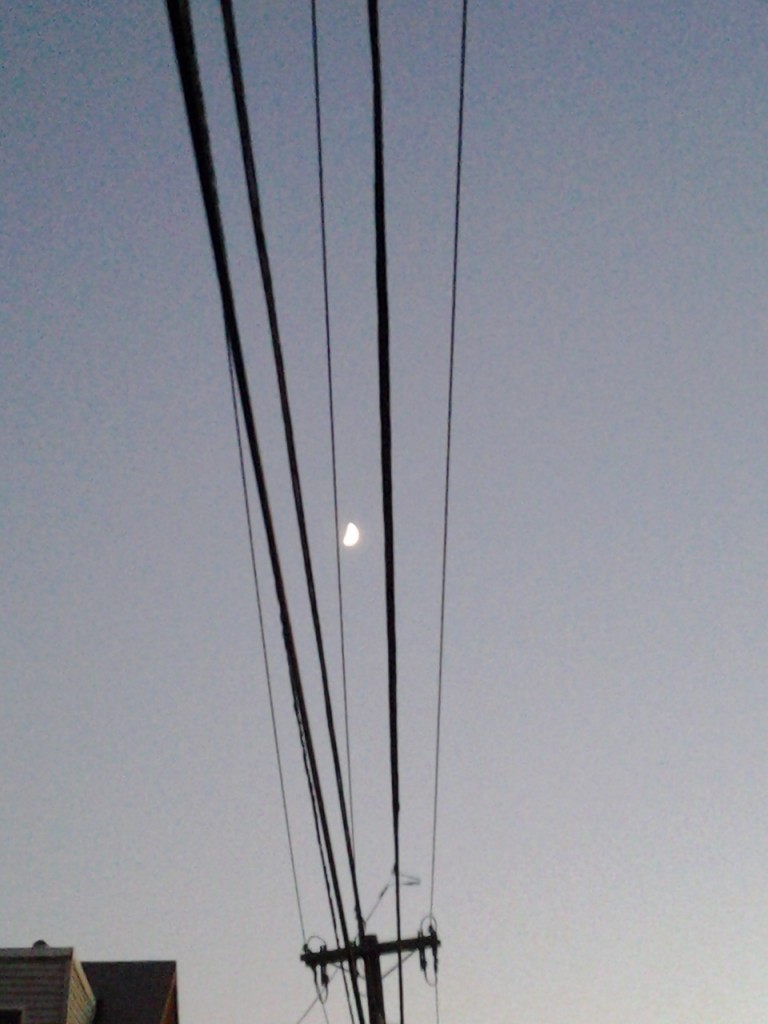 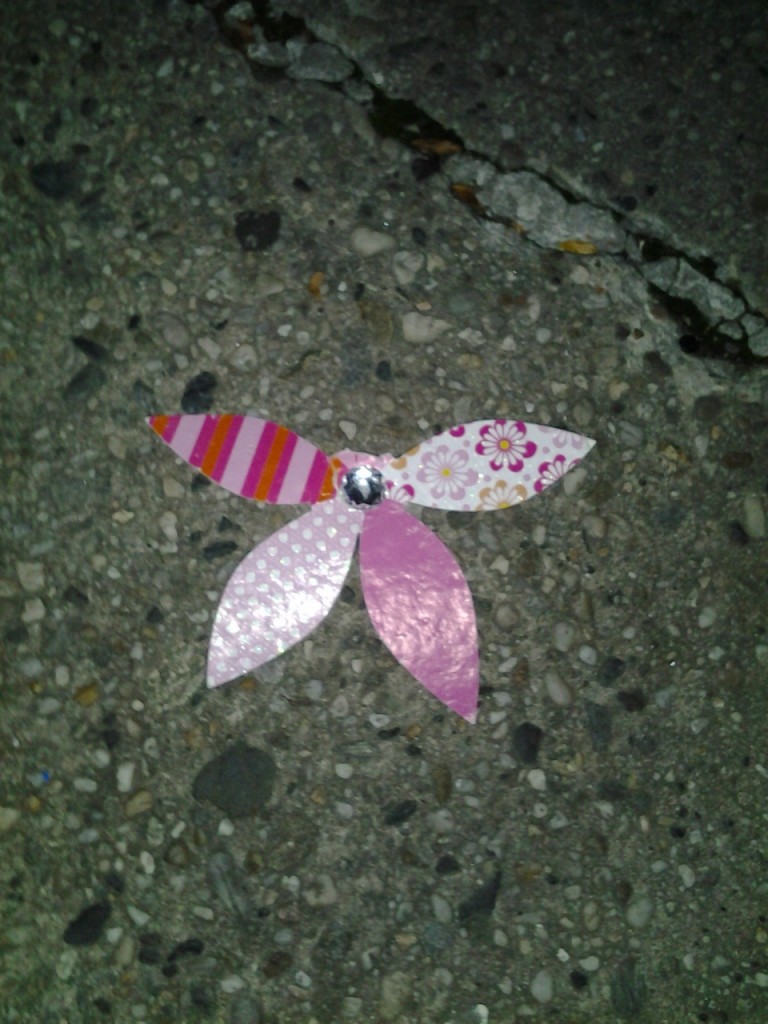 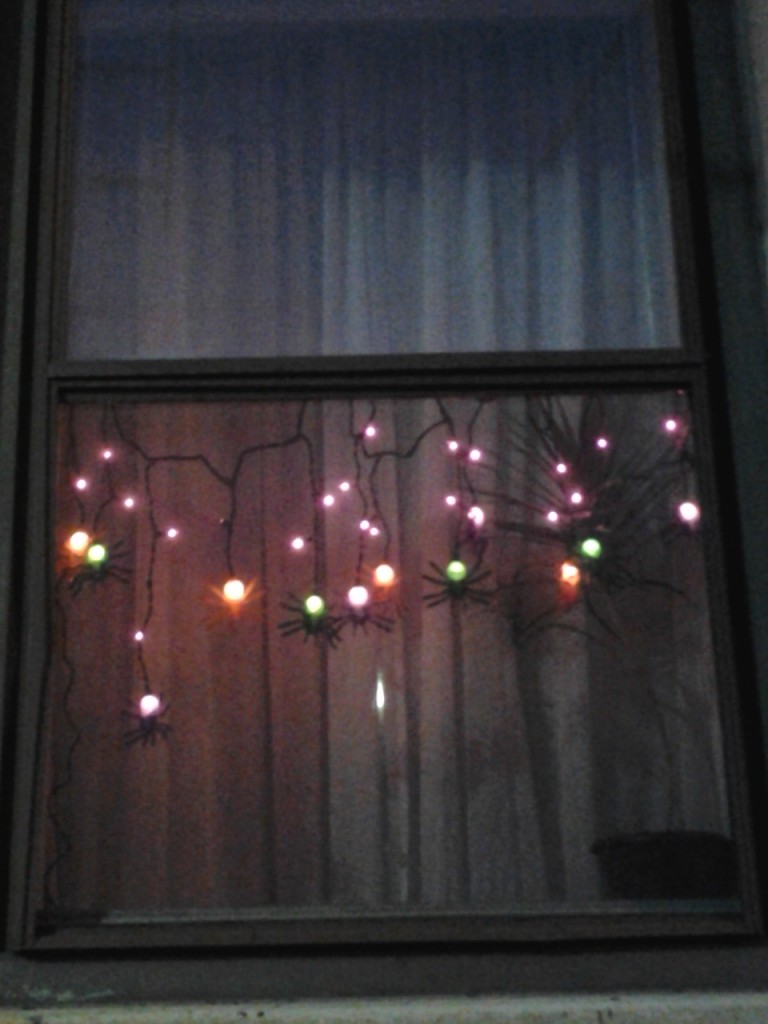 I was off today and it’s been a good day so far. I am heading out soon to have dinner with Bill at Julio & Stine’s. I haven’t been to see them since maybe February and I’m sure it’s been longer since Bill had seen them. Today has been alright. Last night Bill and I finally sat down and talked about a lot of things and cleared the air. Things are as they should be.

I slept fairly well last night and woke up close to my usual wake up time this morning. Just as well since construction began on the apartment below soon after I got out of bed. I told Bill that he did not have to make coffee for me this morning, I could do it myself. So after a shower I had some coffee and headed out into the world. It was a warm enough day but lately you never can tell. I headed out to the supermarket and got a few things.

I did see Isis, my favorite cashier. The reason that I hadn’t seen her was because she had accompanied her son to school (sophomore year) and stayed there all day, all week since he was suspended. That was the only way to get around his suspension so that he could continue going to class. A pain in the ass for Isis and humiliation for her son no doubt. She must have had her son while she was still a teenager since she can’t be much into her thirties if you ask me.

After a hearty breakfast I was out and about. I ran into David Cogswell on the street. Now David Cogswell isn’t someone I know very well. He’s been in Hoboken for quite a while, perhaps even longer than me. He used to be a partner in Rogers and Cogswell, a bookstore in Hoboken back in the day. We have many mutual friends but I am quite sure that the two of us never really had a conversation, just a friendly nodding of the head whenever we would pass each other.

Thanks to being friends on Facebook, and admiring each other’s posts and photographs we now speak to each other, or at least started talking to each other this afternoon. Not much beyond small talk but it was nice to speak. He was just in Jordan on some tourist job and his photos were quite nice. He seemed to enjoy himself. I was off to the local record store to see if the latest Mojo and Uncut magazines were in.

They were. The Beach Boys on the cover of Mojo and Paul McCartney on the cover of Uncut. Both look like interesting reads, then again they usually are, which I why I buy them each month. I walked around Hoboken for a spell, overdressed though, in a leather blazer. I am still not sure if I should wear it when I walk up to Julio and Stine’s. Don’t want to be sweating like a horse when I get there. But the temperature will drop once the sun goes down I’m sure.

Well the sun went down and the temperature barely dropped a degree. I met Bill at the cinemas near where Julio & Stine live and there was a short line for the Avengers movie. We went up to their condo, Alexander as adorable as ever. Stine made a big pan of lasagna which despite two gavons like Bill and myself, there was still plenty left over.

Alexander was busy trying to get my attention or any attention from any adult nearby. Most every toy he had was brought out with much rolling of the eyes from Julio & Stine. 2 bottles of wine, some quality talk between Julio & myself like the two old friends we actually are. Stine and Bill were discussing Bill’s audition tomorrow and in doing so realized that if Bill was going to this audition tomorrow morning, we had better leave.

A walk home after very pleasant farewells, Bill & I passing by Hyman Gross’ old apartment. Hyman passed away a year ago this Sunday, so it was nice to pay some sort of respect. Now we’re home, I’m pleasantly buzzed, Bill’s ready for bed and Bill Maher prattles on. Back to the cigar shack tomorrow.

Rest in Peace Adam Yauch/MCA of the Beastie Boys 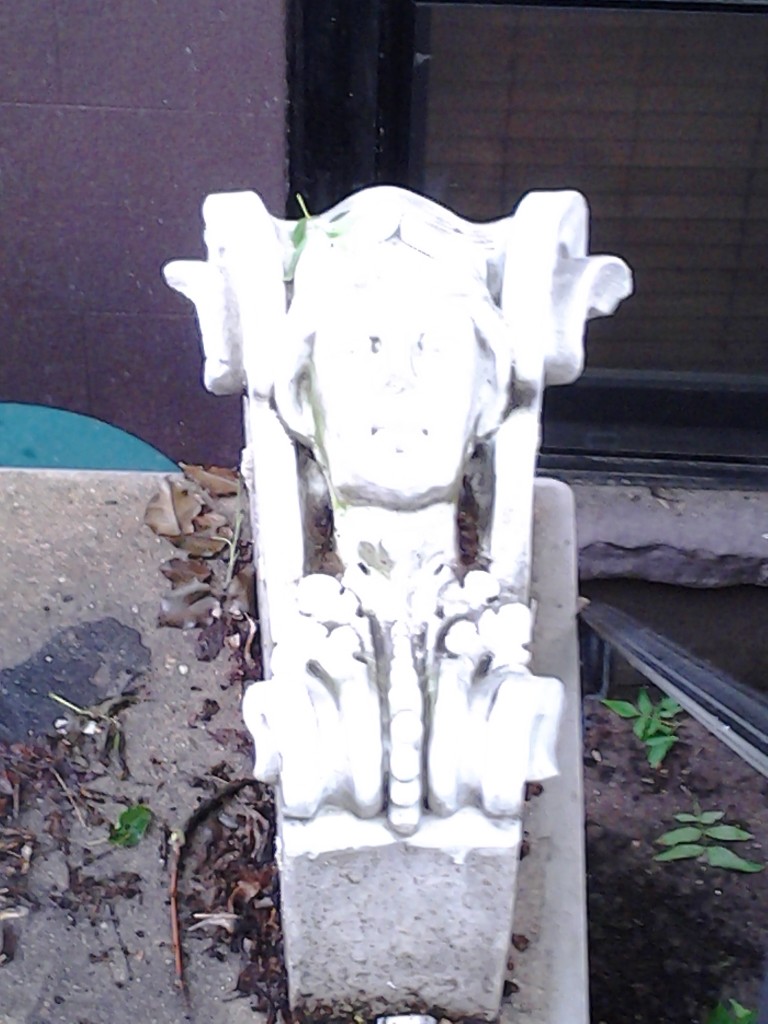 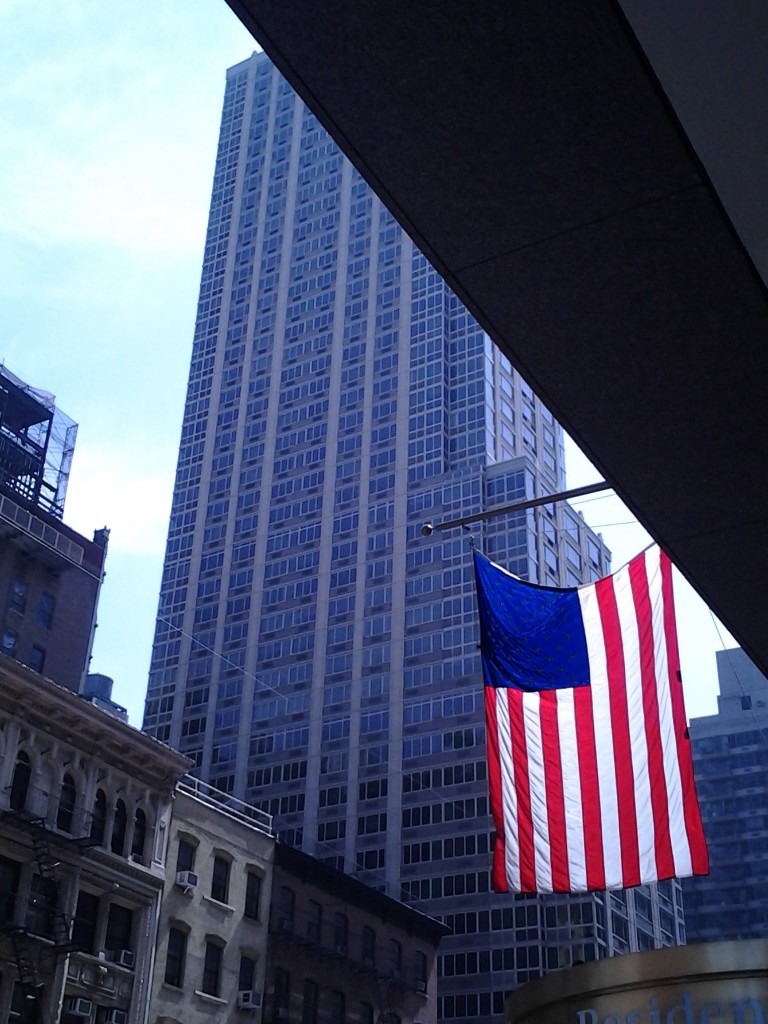 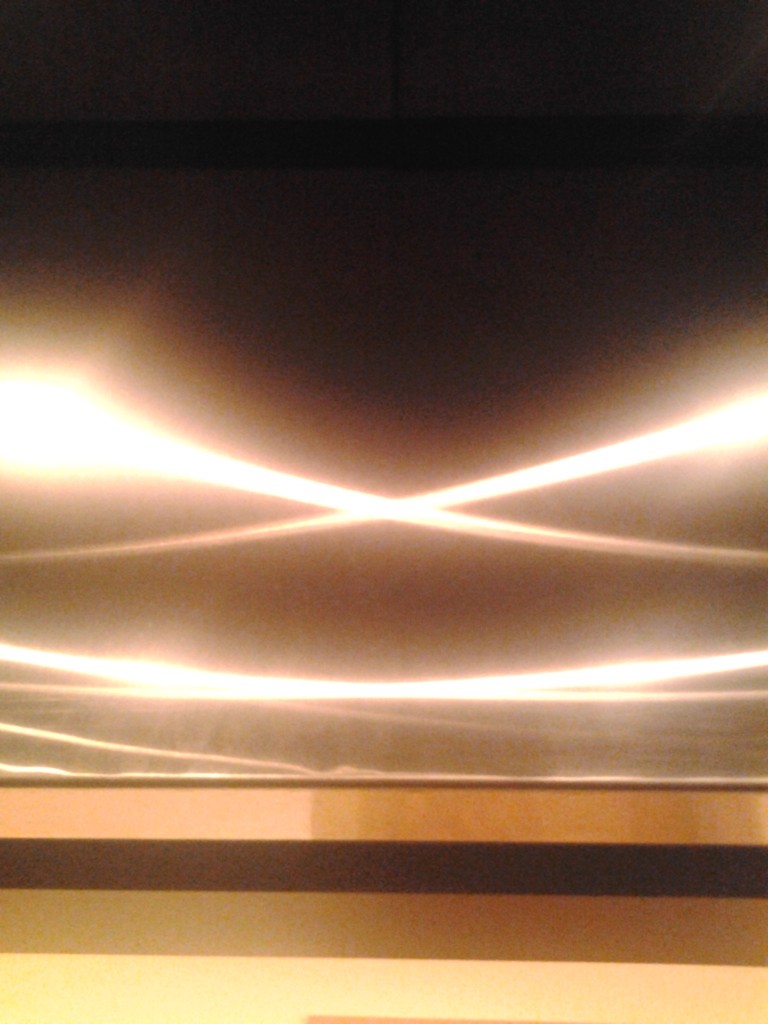 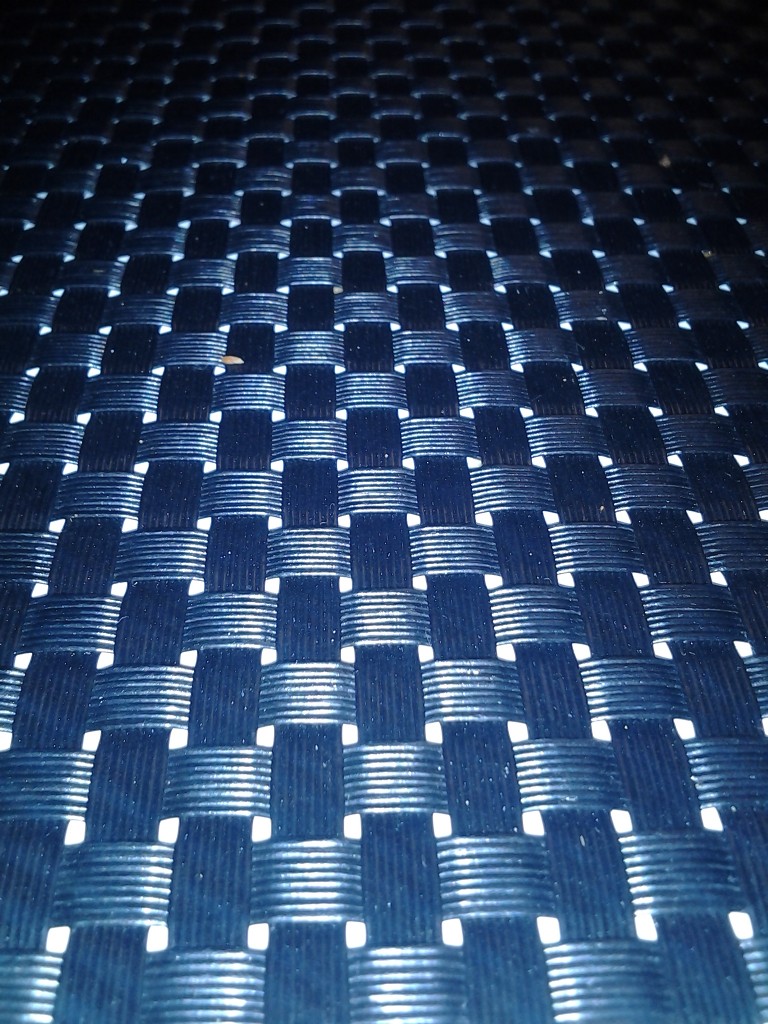