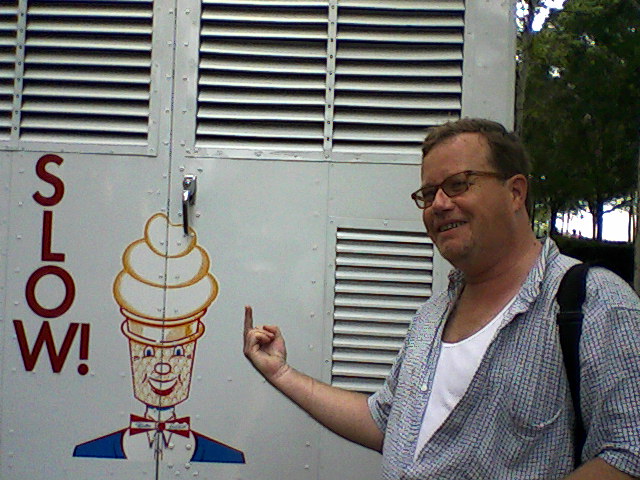 It’s a good thing I wasn’t in it for the money. It does get discouraging though, being ignored. Each time I would strum by the pier, I would post my intentions on Facebook, holding out the hope that someone that I know would stop by.

Rand and Lisa stopped by and Juan Melli. No one else as far as I can remember. And no one stopped by today. Maybe they’re out of town or doing something fun.

Before I headed out this afternoon, I asked Bill to walk by when he headed back to the train since he’s driving a bus again tonight but not even he stopped by. I wasn’t expecting him to sit down, just a passing by, a hello would have been nice. He was somewhat groggy from napping so it more than likely did not register.

It was a beautiful day for playing and I had a good 20 minutes before that bacteria ridden spawn of Satan, Mister Softee pulled up about 15 feet behind me with it’s diesel engine drowning me out. Moving wasn’t an option since I had settled in, so I stood my ground, or rather sat on a bench.

For me, when I am walking around with my iPod on I usually take the ear buds out when I see a busker playing. If not giving them money, some respect should suffice. But that’s me and in the time I’ve been strumming in public, hardly anyone else does it.

Walk by, stay plugged in and do not look at that guy playing guitar. Not very encouraging. I don’t know what I’m looking for and I suppose playing guitar in public is not it. It’s safe to guess that my public performance career is over.

The anxiety I’ve felt with regards to the new job has waned, replaced by the feeling of ‘at least it’s something to do’.

Of course on the way home I see notices for a Tom Waits evening at a local pub. It’s a benefit and people are encouraged to sing Tom Waits songs. That’s something that would be right up my alley but now I have a job and I don’t know what the hours would be so it’s likely that I wouldn’t be able to attend much less perform.

And the performing thing is iffy since I do require a modicum of physical encouragement, and by physical I mean having a friendly face there for reassurance.

Today wasn’t all bad playing by the pier. I did make fleeting friends with a bloke named Dave who was with his toddler daughter. The toddler was transfixed and also terribly shy with my guitar playing.

If a toddler is fascinated by the guitar I usually hold it out for them to give it a strum while I make a chord formation but she was hiding behind her father as I played So It Goes by Nick Lowe which Dave knew.

We talked for a few minutes about vinyl records and Maxwells before he and his daughter were on their way.

Maybe I’m just grouchy from not eating. I just ate and I do feel a bit better. But I am still discouraged with my guitar playing.

Perhaps it will be best that I stay inside and play from now on, like I’ve been doing for the past 25 years. I think I’d rather be alone at home than alone with people around. I can safely say that I’ve gotten over my fear of playing guitar in front of people.

Bill just called to check in. My suggestion that he walk by on the way to the train did not register as I suspected. I didn’t bring it up and neither did he. He did note the melancholy in my voice and asked what was wrong.

I told him my disappointment with playing today and in general. He tried to be supportive but for me it was too late. I explained (like I did above) that I’ve gotten better with my guitar playing and my fear of playing in front of people has largely subsided.

To Bill that wasn’t enough, not enough of a reason to play in the first place and how I hoped for a friendly face to stop by and say hi did not make sense to him at all. My feeling of loneliness escapes him as he drives down to Atlantic City, leaving me alone once again.

I think the lack of encouragement for playing guitar throughout my life was a major factor in my hesitance to play outside my apartment. The feeling of not being good enough, from showing someone a song I had learned and playing it for them and then hearing, ‘That’s not how it goes’ even though it sounded just fine to me. And my exclusion from some friends projects was also a contribution.

That’s how I feel right now. Maybe in an hour I’ll feel better. Maybe tomorrow. In any event I wouldn’t mind this weekend being over. 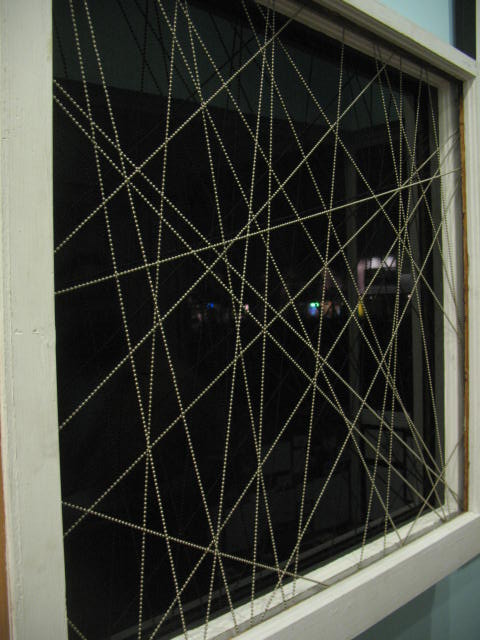 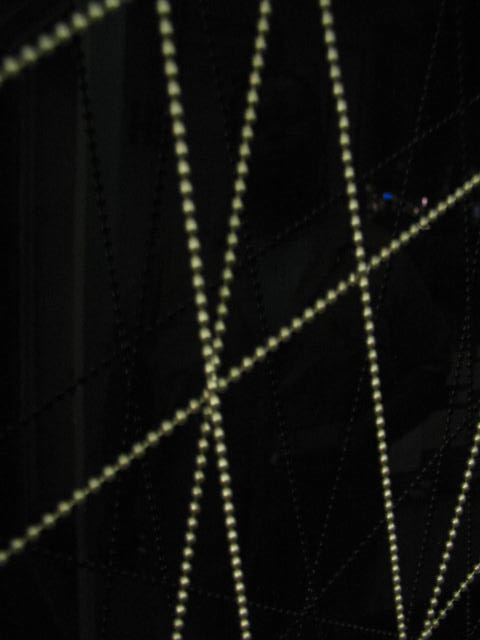