A day off and a Saturday. It doesn’t happen often and I am glad when it does. Last night was a mellow night at home, Bill was driving to Atlantic City and I just watched TV until late. I slept alright, reaching out for Bill even though he was sleeping on a cot in a bus depot employee lounge.

I got up around 9:00, about an hour earlier than I usually do when I have off. I wanted to get busy since there was a load of laundry to be done, errands to be run and groceries to be bought. And I was able to get them all done early enough.

I also watched some more TV, Burlesque at around noon, and then a few hours later, The Lovely Bones. Both featured Stanley Tucci. In one afternoon I watched him being Cher’s gay sidekick to being a serial killer. I don’t know which was more frightening actually.

I walked around Hoboken after getting my haircut at Mr. L’s this afternoon. My regular guy Tony was in and he once again did an excellent job, trimming as much white out of my goatee (which I am growing back again, having shaved it to look ‘more professional’ for interviews that never happened).

Tony also does my nose hair, ear hair and eye brows earning his 71.5% tip (just used the tip calculator). I asked where his son Nick was and he told me that Nick was running an errand and started feeling ill, so he went back to the barbershop where he called his doctor.

The doctor told him to get to the hospital so he drove to Morristown (!) where the doctor met him and diagnosed 3 blocked arteries. 5 stents were inserted, just like his father who also has 5 stents, and was once known as ‘5 Stents Tony’ or it may have been ‘Tony 5 Stents’.

It was a very nice day and I walked around a bit, down Washington Street. Didn’t see anyone I knew and after a while just came back home. Bill came home around 10:00 and immediately went to bed and when I came home he was up and getting ready to drive once more to Atlantic City. He had me worried last night since it was raining so hard, today I’m not so worried since it really is a beautiful day.

Back to work at the cigar shack tomorrow, where I will be working with Thomas and Jerry Vale. It shouldn’t be so bad, I already have low expectations. Monday is going to be more difficult since I have to be at the cigar shack on the east side at 8:00 for an extremely wasteful refresher course from the New York State tobacconists group.

I did it already in June 2010 and now I have to go in 3 hours early. It’s pure bullshit and I am not looking forward to it. I do feel somewhat bad for Thomas since Monday is his day off and he still has to go. He does have the option of going to Inwood, Long Island and sitting there like I did last June, but he’ll be there on Monday.

I would much rather go to Inwood. Just for the change of scenery and to keep my day off for myself. 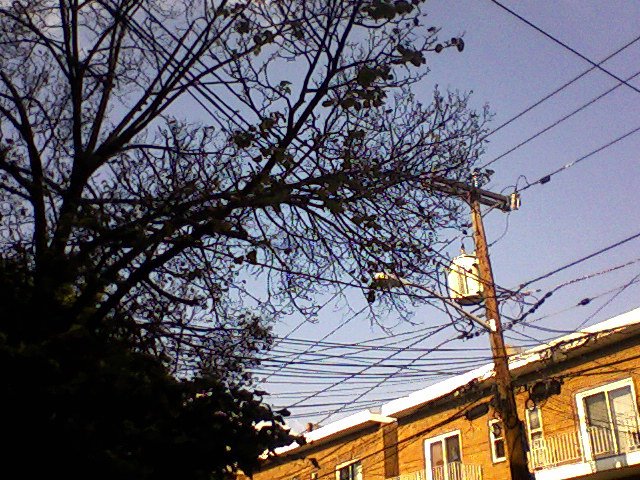 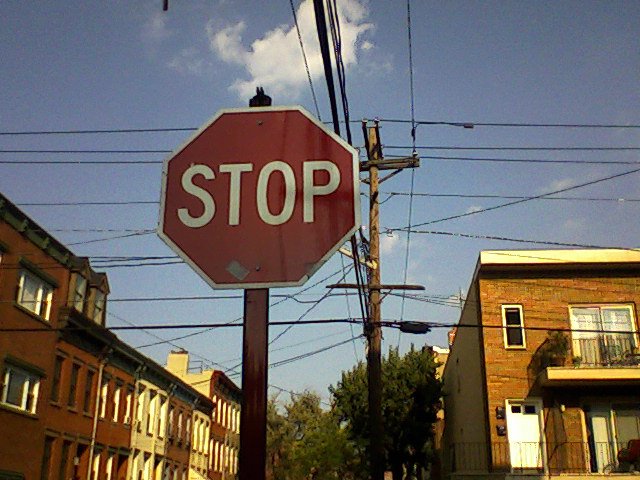 A day off and it’s been a good one. Yesterday I worked with Calvin and it wasn’t so bad, and though I wrote the other day that I felt I was accepting of the retail situation, I’m not so accepting after all. I am still trying to get out of the habitrail called retail.

Calvin was alright to work with, he was in before I was and at the end of the day I was the one to leave first which rarely happens.

I came home and watched the Fantastic Mr. Fox again on cable and I love the movie. It’s just so sweet and quick. Oh that Wes Anderson, he can do no wrong. Though the Darjeeling Limited left me wanting, most everything else has been superb. After the Fantastic Mr. Fox, I watched Shameless.

Shameless was so damn good last night. It’s really one of the best shows on I’ve never seen the British version, but this one is top notch. And the return of Chloe Webb was a surprise. Showtime has the best shows on TV lately. Nurse Jackie is returning in a few weeks as is the United States of Tara.

I don’t watch Tara that often but it is very good and I do enjoy Nurse Jackie a lot. And then there is Weeds and The Big C. It’s all very good, adult television. After Shameless I watched Southland which Bill & I both like a lot.

Bill had the foresight to record the episodes and it has been worth it. We watched the show when it was on broadcast television and skipped a season but now we watch it regularly. It helps to be a fan of the great Regina King and the other actors are almost as good. We love Regina King.

And then it was bedtime for me. Slept really well and vaguely remember Bill kissing me good bye once again. He was up crazy early though I do believe the sun was up already. I got up at my usual time and made some coffee before jumping in the shower.

After a couple of cups I was on the streets, dropping off shirts to be laundered, getting the paper and some bagels. I also made time to swing by Mr. L’s where I got a much needed haircut. It’s been growing quite thick and unmanageable. Tony was available, only in 2 days a week.

I mentioned the Marlon Brando version and Nick said there was one with Humphrey Bogart. I corrected him and told him that was the Caine Mutiny, with Bogart as Captain Queeg. I never saw that movie, but I knew of it from my mother comparing my father to Captain Queeg a few times when I was growing up. It was on TCM the other week, and I saw a bit of it but figured it would make more sense if I watched it from the beginning.

I had a lot of laundry to do today and it was done, now it’s hanging on racks and in the bathroom. Miss one week of laundry, then pow! Too much laundry!

Bill is off doing theater things and I look forward to some quiet time, just sitting around and watching TV. I am off again tomorrow, then its five days straight.

Another reason to get out of retail- Crap scheduling. 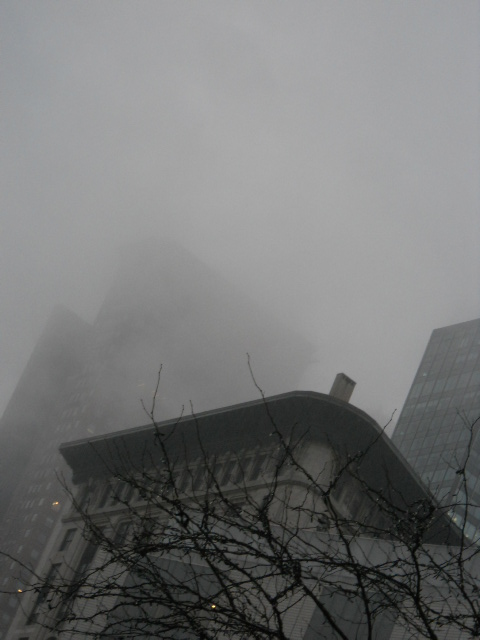 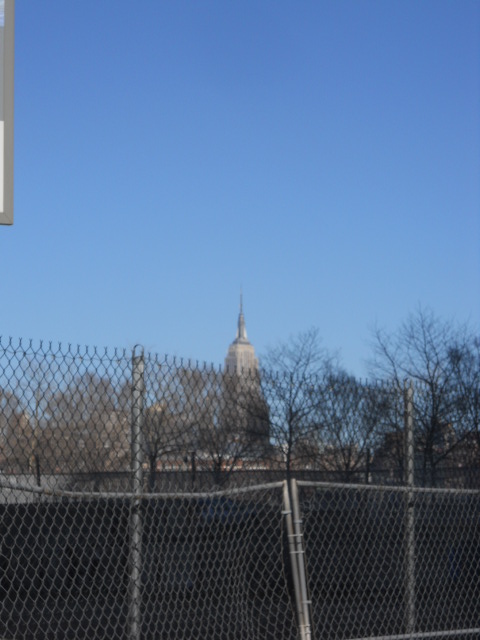 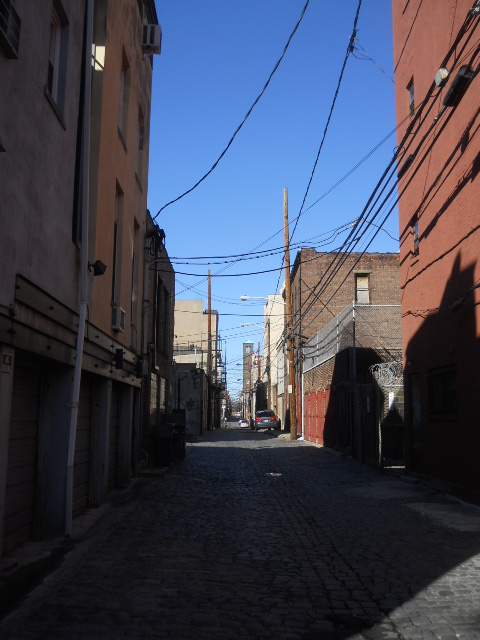 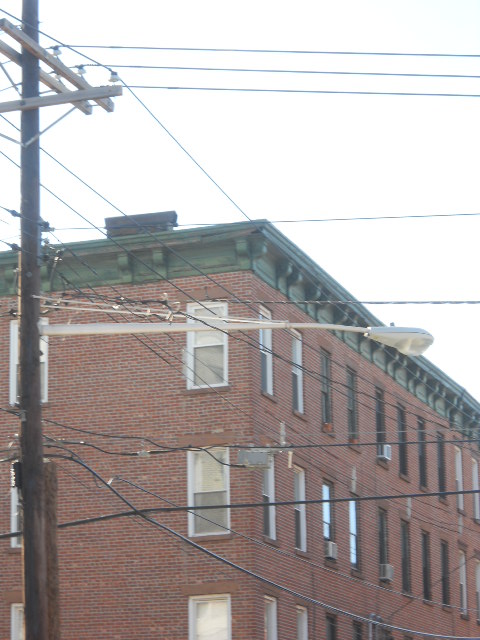