So now it’s Wednesday. It’s been a while since I had a Monday through Friday routine. Slinging rock on the street corner isn’t the best job but it pays the bills and it’s a Monday through Friday gig. And looking the way I do means the police do not look at me twice. I could use a lunch hour but you get what you get and it’s never a good idea to leave the street corner unattended and if I need to pee, well emptying my bladder into an empty Orangina bottle while wearing a pinstriped suit and tie brings the occasional relief.

I came home from all that and started to make dinner. Bill had gotten home before me and we butted heads while making dinner. I make my dinner he makes his own. The timing was awful since we tried to work around each other and wound up with hurt feelings. It was bullshit anyway. I make my dinner in one pot, pasta, chicken & pesto. Bill uses a pan to boil his pasta and a pot to make his sauce. He always burns his sauce since he says he likes it burnt. The head butting was over the colander.

It did not get ugly, it just stopped. He sat and watched TV and ate, I sat in the kitchen and ate while reading. I wound up washing all the pots and pans since I do a better job of that and I do not make it a project. He soon went to bed while it was still light out since he had to be up at 2:30 this morning. I did make it a point to give him a good night kiss before he went into deep sleep.

I watched Men in Black 3 even though I never saw Part One or Two. Michael Stuhlbarg was in it and I think he’s a really good actor, even though this was a flimsy role compared to Arnold Rothstein from Boardwalk Empire or the lead in the Coen Brothers ‘A Serious Man’. It was an alright movie overall, mindless fluff with some laughs and good special effects.

After the news and some 30 Rock (!) I was soon sweating in bed. At 2:30 Bill was up and active and I told him to be careful as he kissed me goodbye and headed off to work. No air conditioner yet, I try to hold off until it is absolutely needed. It was not an easy night of sleep, first in a while, even after arranging my sleep schedule, in bed a lot earlier and definitely up a lot earlier.

I woke up tired and cranky but I rallied and was soon out the door headed to the corner when I realized I left my phone back in the apartment so I turned around and climbed the four flights again, suited and carrying bags of rock. I was only 5 minutes late for the corner and within minutes the customers started appearing from out of nowhere.

I enjoy having a routine again.

These two songs were in my head all day. Perhaps it is from today being an anniversary of sorts, my dismissal from that cigar shack in Columbus Circle.

This blew those songs away, so much so that I played it a few times on my iPod this afternoon. 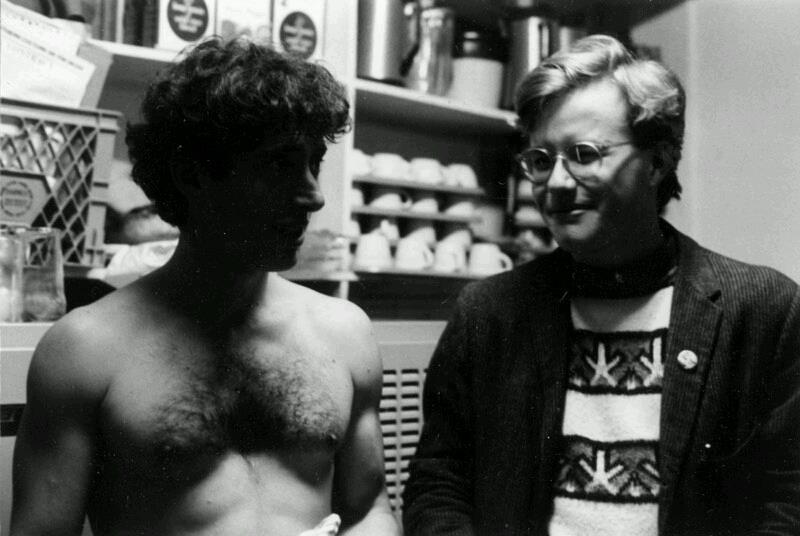 Jonathan Richman and I.