Friday finally arrives. I welcomed this event by waking up at 5:30, unable to get back to sleep despite tossing and turning. Why this early awakening? I don’t really know. Can’t really say. Perhaps it has something to do with the fact that it’s Bill’s birthday. Yes my Ubee has made it to 43. He calls me Bubee and I call him Ubee. Seemed to make sense at the time and it has stuck since then. I woke up and set about making the bed as he was tying his tie and sang in my best morning voice, filled with morning breath, Happy Birthday to you. And I meant it. He left for work soon after that. I really don’t remember much else.

I do remember, showering, having coffee and cereal and dressing appropriately. Annemarie, Rex and Earl were en route from Arcata CA to Newark NJ. Julio made it safely to Copenhagen, and one car bomb, later two car bombs were discovered in London. No one has owned up to it yet. I walked to the bus stop and as the bus approached, a phone call from ZAnnemarie, the Z is added because long ago with an early cell phone I would accidentally dial her since she was first on my list. She’s the penultimate. The last is Annemarie’s cell phone. TMI? Anyway it was my nephew, Earl calling to let me know they arrived safe and sound in Newark.

I’m presently reading Andrew Loog Oldham’s memoir, Stoned. Very entertaining. He was one of those right place, right time blokes, which reminds me of Steve Fallon’s comment that I was born 10 years too late. In Andrew Loog Oldham’s case, twenty years too late, and an ocean too far, with regards to Steve Fallon and his comment on my life. Someone bless Steve Fallon please. So I read about how Oldham worked for Mary Quant and then this one, and then that one, each time being ahead of what ever was about to happen. I also have the sequel, 2Stoned. Both courtesy of brother Frank. Tomorrow is his daughter’s wedding as well as a coming out of sorts since he’s had the stroke. A major accomplishment. Truly major.

I did very little at work today. Made coffee. That’s about it. In at 8:00 and out at 1:00. Not bad. Greg Stevens was in at 9:00 and out by 11:00. I told him as he was headed to the Hamptons that I was leaving at 1:00 and he was ok with it. I talked with Fay about Wanker Banker, which was just sold to a company named Geoffrey. So Brenda, Christina etc will be moving to new offices around the block from where they were. Major shakeup, things will change. No more autonomy for them. My buddies, the IT guys will be staying behind.

I gave Carla the receptionist a hug as she went to lunch because I wouldn’t be there when she came back. I left the offices a little after that, had a Padron 5000 natural and walked to the Path train. Got off in Hoboken, walked over to City Hall, got a parking pass initially for someone who might live at 614 Oarj Avenue, and had to return it for Park Avenue. Hung out with Anne, Rex and Earl for a bit, did laundry, some shopping with Earl and now this.

I wouldn’t expect an entry for tomorrow since it’s the wedding and I doubt if I will be in any condition to write, though who knows? I did after my sister in law Karen’s big birthday a year or so ago, so in advance I ask your forgiveness for typos, bad grammar and general libel. 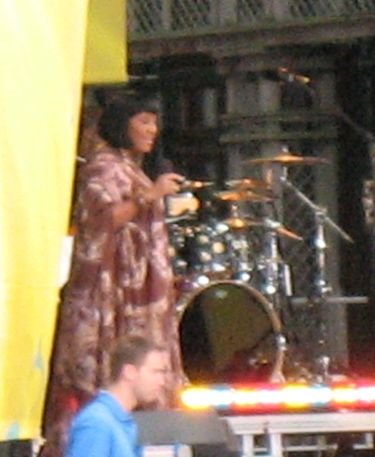 Thursday. Brouhahas kept to a minimum. Clowns to the left of me, jokers to the right. It all went easily. The director’s son, Allen is a quiet type. That might be because it’s his first day. I walked him around the Turtle Bay neighborhood, showing where to go for this and that. I don’t think he was paying attention. Not my problem if Allen winds up in Spanish Harlem. As we were walking back to the office, he said he had to run to the bank for his mother, the director. I said go ahead, not thinking that he’d be back in ninety minutes. I did put him to work putting away supplies. That oughta show him a thing or two.

Fay Victor came in for a couple of hours. She sat with Carla for the time she was there. It was good to see her. She’ll be in tomorrow all day. I plan on being out by 1:00PM, that is if the Time Warner cable guy comes in to fix Greg Stevens cable. Every week it’s something else, yet every week it’s an opportunity to prove my worth to the company. It’s a good thing that Greg is such a nice guy. Anything he asks for, I deliver. Fay said hello to Greg and it was almost like a meeting of two old friends, but then I wasn’t there, so I really couldn’t say.

Last night I hung out with Julio for a little while. He was cleaning cleaning cleaning the apartment. Not for me, not for Annemarie, but for him. He wouldn’t be able to leave the apartment in the mess that it was which, when compared to the apartment that Bill and I live in, it’s like Julio and Stine are the Boy and Girl in the Plastic Bubble. It’s very Scandinavian, their apartment. Our apartment is very, for lack of a better comparison, very Nagasaki. Collier Brothers? Good comparisons are so hard to come by these days.

We hung out and Julio told me his woes with the West New York Code board, a part of the apparatus of the city planning. He’s been running around, dealing with building inspectors and other West New York officials. So he was relatively stressed about the whole thing. We sat and drank a couple of Stella Artois. Today is his birthday so that gave us a legitimate reason to have the beers, like we needed a legitimate reason anyway.

After that I came home and chilled out. Due to a tremendous thunderstorm with some intense lightning I turned off the computer. I sat and read with the TV on, every couple of minutes I’d get up to look up something on the computer, only to remember that I had shut it off. I was surprised, but not really, at how much time I spend on the computer. Free time, my time, not time at work. I be addicted. Now it’s starting to rain, things have cooled down somewhat and in the distance, lightning is flashing across the horizon.