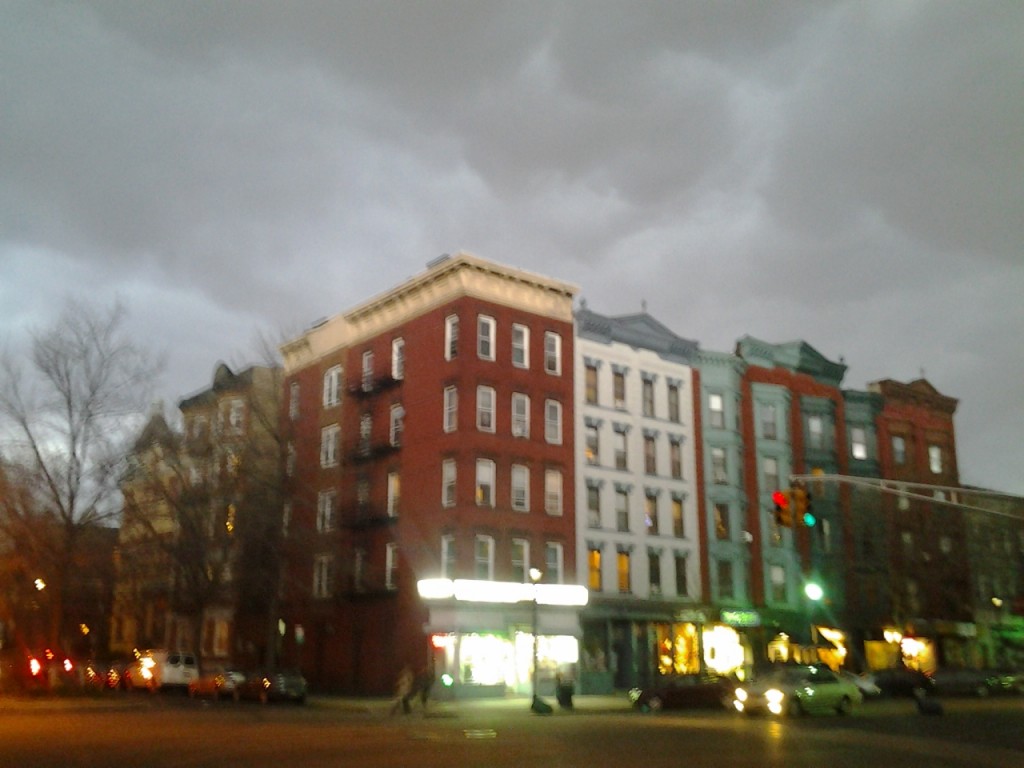 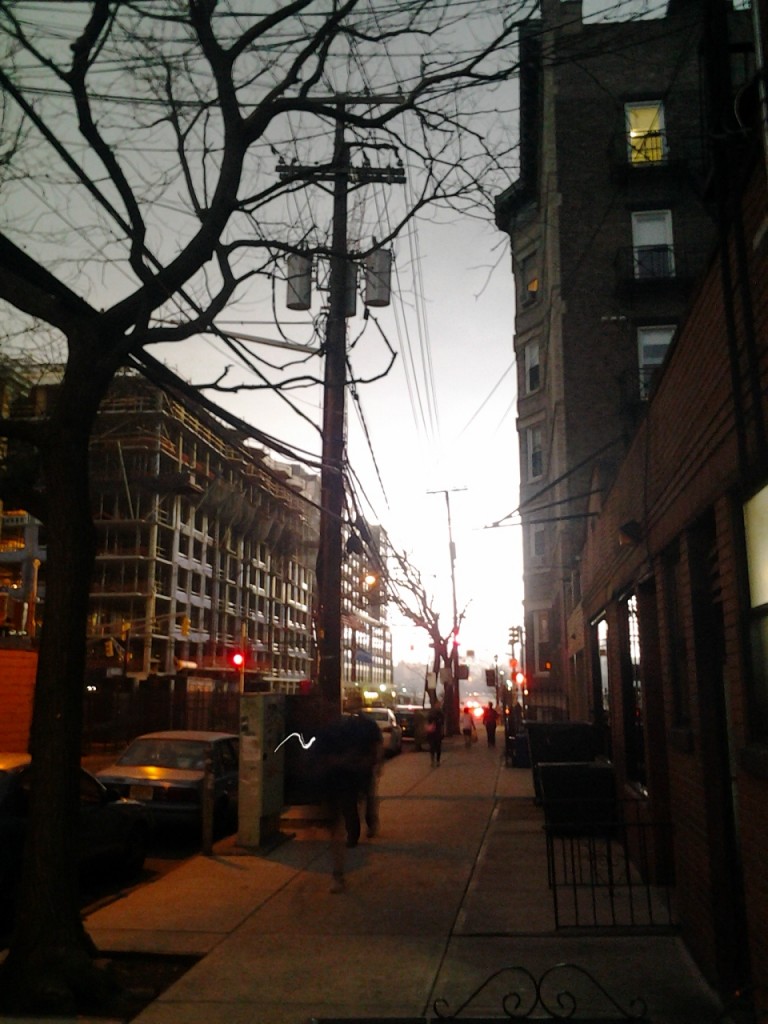 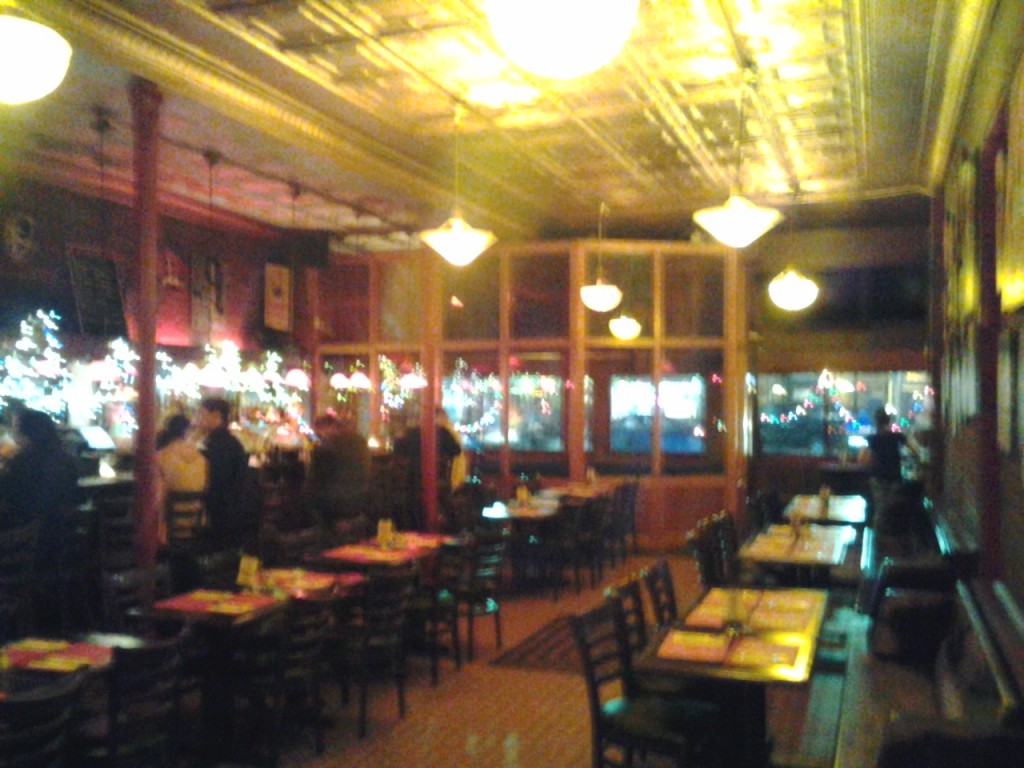 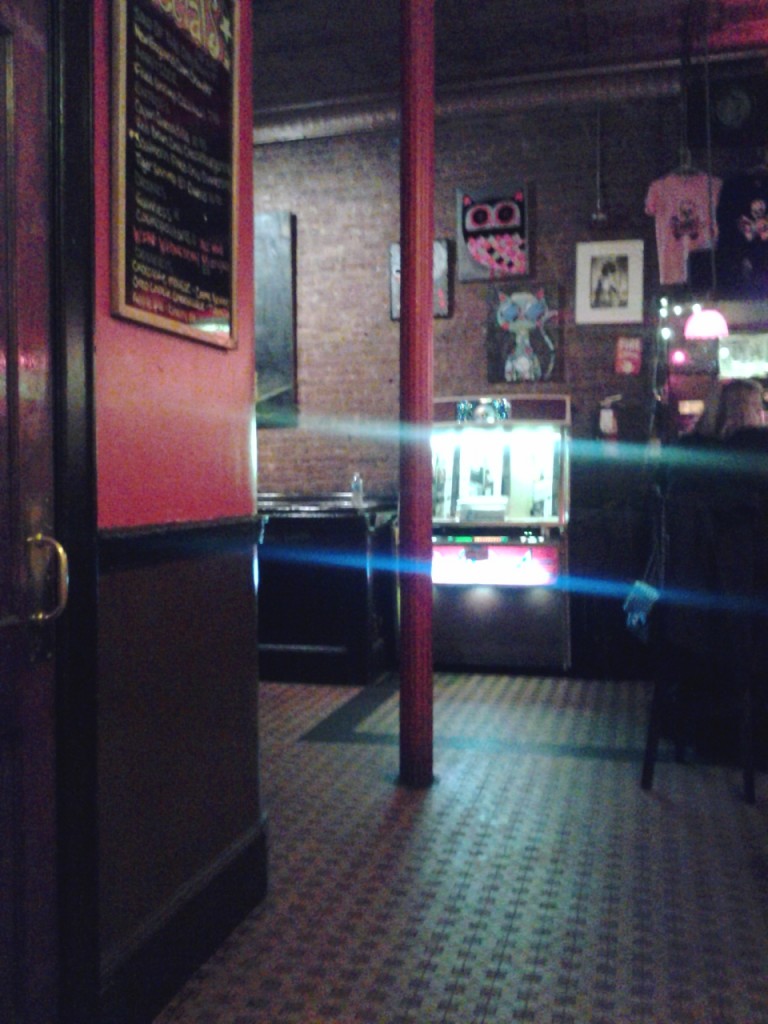 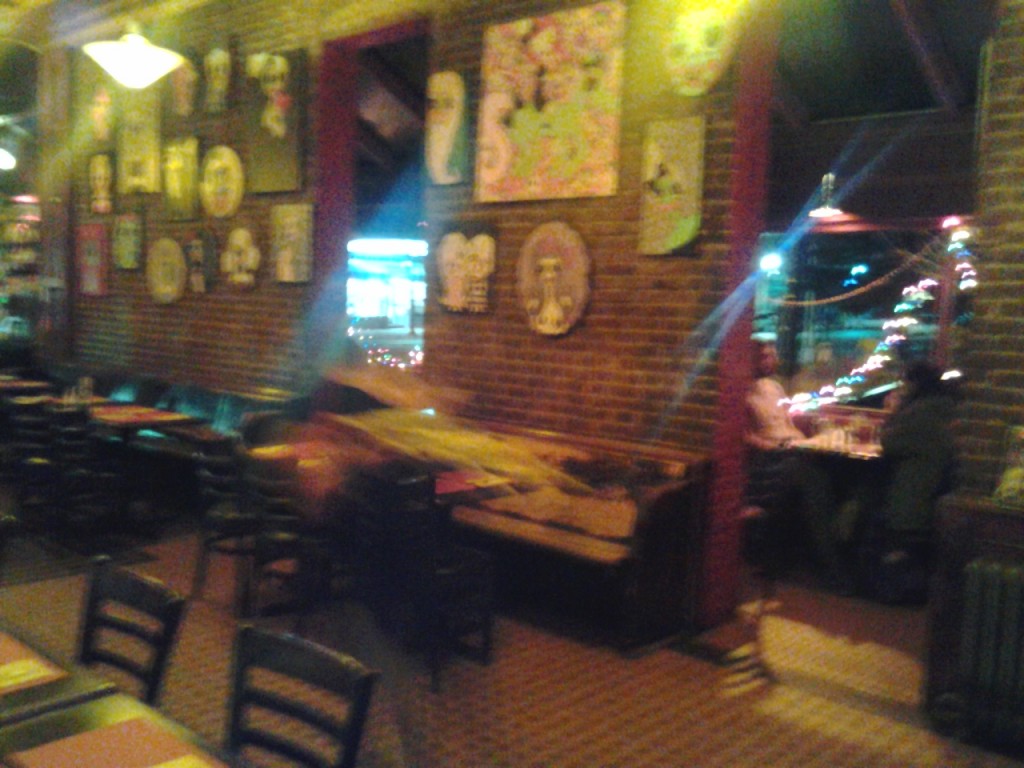 It is cold and it is snowing out. I went outside exactly once today and it was more than enough. Apparently I did the smart thing and stocked up yesterday. It’s slippery on the sidewalks and after hours of frozen rain and snow, now it is all snow and strong winds. I was walking down Washington Street with my umbrella and the wind wound up pushing me a few feet. I am over 200 lbs. and this was daunting to me. It was easier to get around without the umbrella and somewhat safer. And now I am home, been inside for a few hours and not planning on going out there until tomorrow.

Bill should be on his way home, all trips to Atlantic City have been canceled, much to Bill’s dismay. Getting out of the city probably isn’t easy to do tonight either. Manhattan cannot be seen and Jersey City and Union City, nestled atop the Palisades have been blanked out by the snow and wind. From this perch on the fifth floor I would say there are about two or three inches on the surrounding rooftops. According to some friends in Delaware, they had rain for about seven hours and since it’s colder up here it will likely turn to snow.

So it’s the rare Friday night that Bill will be home. What will we watch? I have a few movies, he saw Argo and I haven’t seen that yet so perhaps that’s what we will watch. I also have Moonrise Kingdom, which Bill hadn’t seen yet, and I also have The Fighter with Mark Wahlberg and Christian Bale, and Everything Must Go with Will Ferrell. We are set in the entertainment department as long as the power is still on. Overhead wires laden with wet and heavy snow could collapse or be brought down by tree branches that fall under the weight and from the wind.

New York has declared a state of emergency as well as other New England states. I’ not sure if Governor Chris Christie has done the same for New Jersey, after Sandy in November I can’t see why or how he wouldn’t. It’s not the first big snowstorm I’ve been through and it certainly wouldn’t be the last. I won’t be sledding down Gunther Avenue though. Those days are gone and I’m not sure if there is any sledding towards Main Street traffic.

I do like to go out into the snow at night and take a few photos, but I have my doubts about doing that tonight. I’m not saying no, but it does seem unlikely. I’m warm and comfortable inside and it’s too much the opposite outside. The sun has gone down and the snow continues to fall but traces of Jersey City and Union City are now visible. Is it over? Is it a lull? I’m not planning on finding out right now, and I will wait for Bill’s on the spot weather report. It’s the one I trust the most. 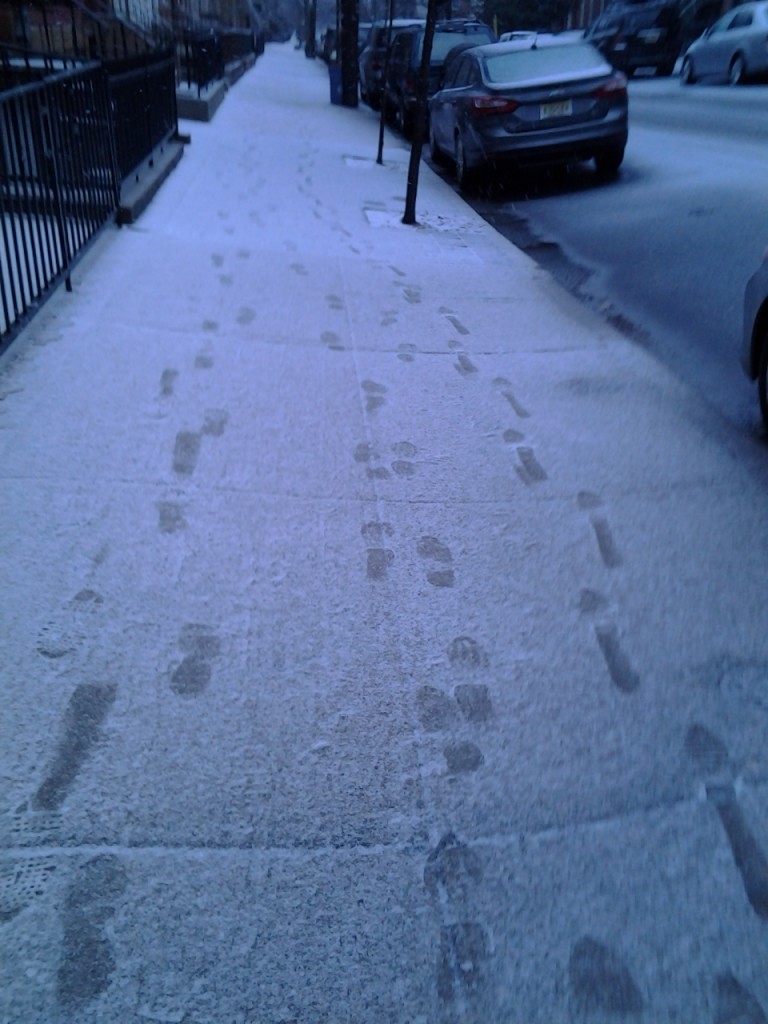 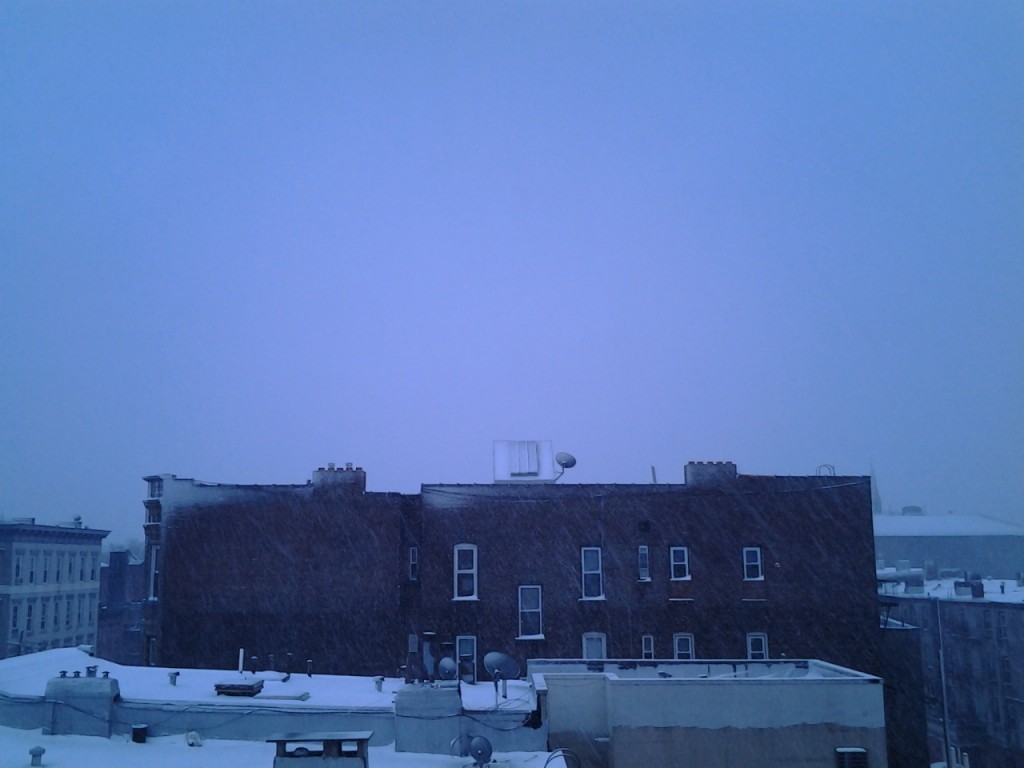 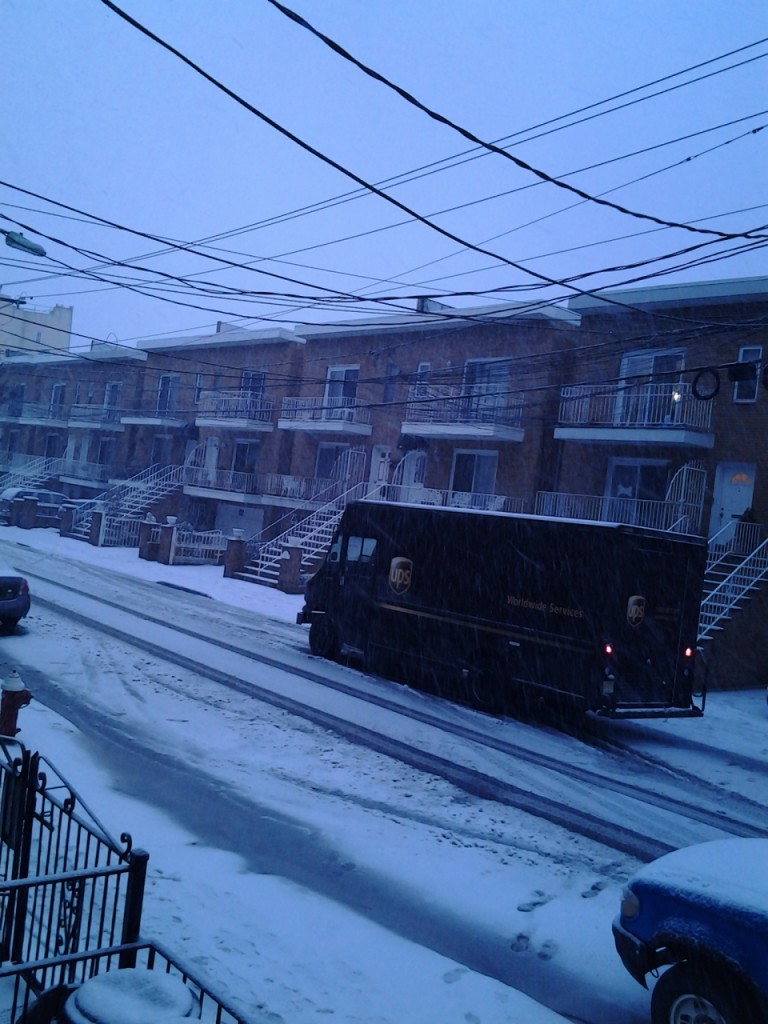 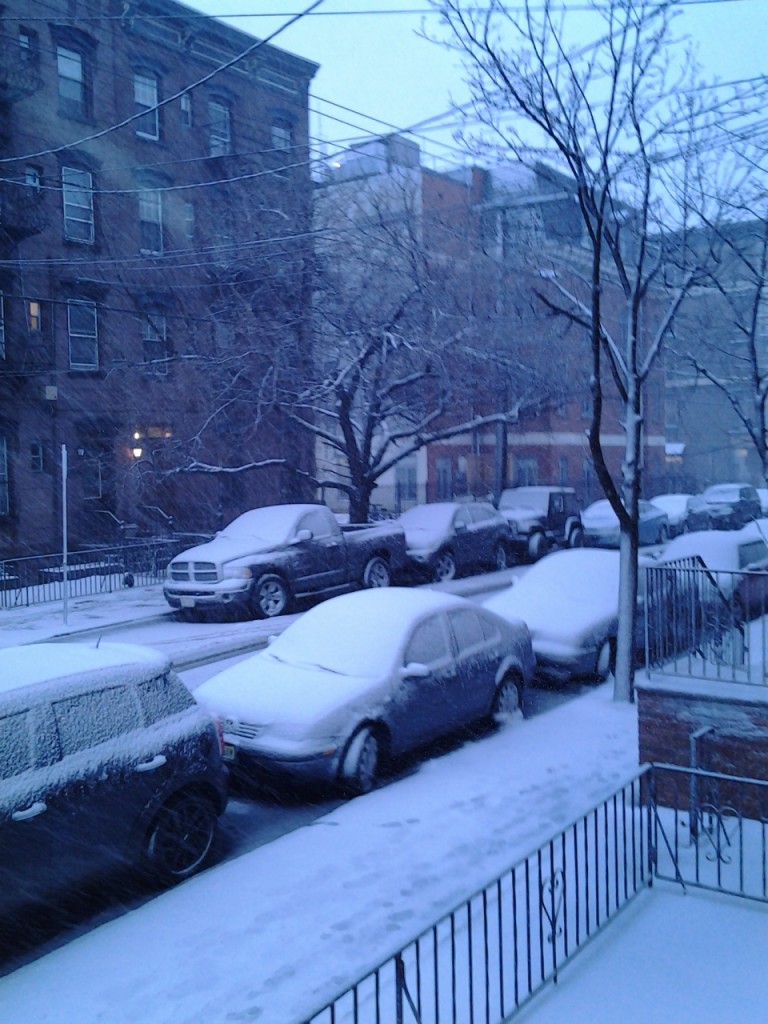 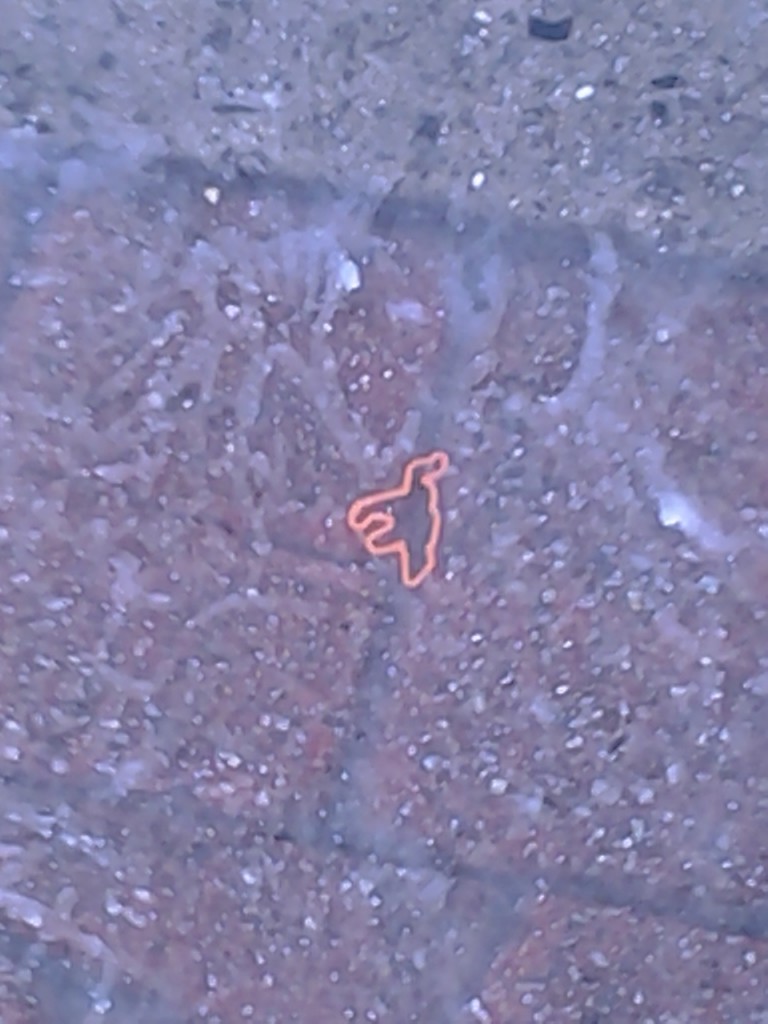 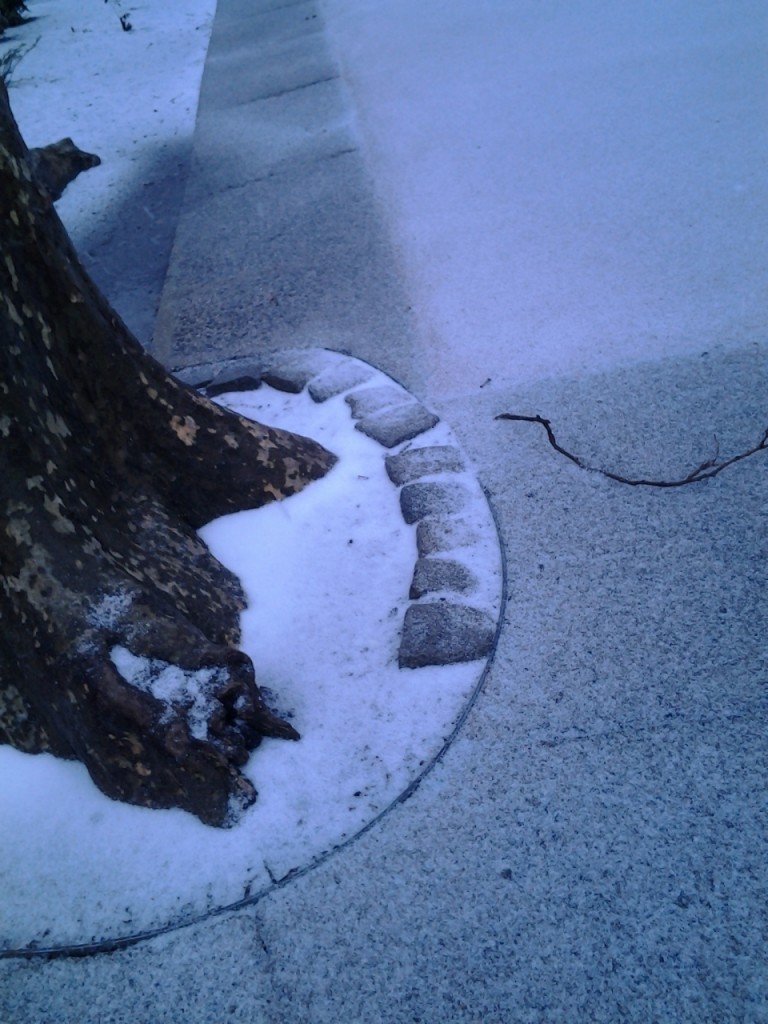