It’s been a mostly indoor day today. Wind chill feels like 5 degrees and that is no fun. Plus there is nowhere to go. Bibliothèque is closed since its Dr. Dre’s birthday. I have been busy and sociable this weekend which was quite a feat. On Saturday I did go out to Tim Daly’s party. I owe that to Rand & Lisa deciding to go. If they decided not to, I would have stayed at home. But they were game and so was I. I headed out soon after posting the last entry and walked over to Garden Liquor to get a six pack of Heineken.

It wouldn’t be right to show up empty handed. I kept my apprehension of running into the former drunkard and the badly drawn woman to myself as I walked with Rand & Lisa. They went to Sparrow Liquor and I went to the cigar store and got myself some small cigars. Yes I am still on good terms with Shlomo and the Zionist hoodlums. I get a great discount and I would be foolish not to go there. Israel is the one I avoid and no one brings up his name anyhow which works out fine.

It was a good time and we rode the rickety elevator to the floor where Tim’s studio is. Tim’s wife Sheilah mentioned her hope that there would be dancing so I brought my iPod just in case. I had to restore the iPod to its factory settings and it is working fine once again. Reloading it is a chore, a labor of love if you will. People were dancing and almost immediately I was happily set upon by Jon & Deena, my Cucumber friends. I last saw them in December but was too under the weather to stay for their set at Maxwell’s.

Everyone bought beer and wine so there was plenty to drink and Tim and Sheilah had quite a spread of food set up. No one was smoking except for Tim so I didn’t smoke. I gave up the cigarettes once again, as well as diet soda (and all soda) and the cranberry juices I liked to mix. I do love soda, always have all my life, but apparently it’s bad for you and I’ve been told that for a few years. Here I thought I was doing better by not drinking alcohol and just drinking soda but it seems to have been a misstep.

I danced for a song or two with Lisa as various guys tried to figure out what to play. It went from Malcolm McLaren’s Soweto to The Chi-Lites singing Oh Girl which made for a strange and abrupt segue. After a couple of hours I had to head home, I had four beers and I did have things to do. Plus I had to get up early to help Bill out. Rand and Lisa left with me and we made a stealth exit, saying good bye to Sheilah as she was by the coats.

A fun walk home ending with me singing Troy McClure’s song from Stop the Planet of the Apes I Want to Get Off. I enjoyed singing it and I think Lisa enjoyed it though she might have forgotten where it came from. I couldn’t see Rand’s expression. They went their way with Rand closing all gates they were open onto sidewalks. I trudged upstairs, buzzed after four beers and settled in for Saturday Night Live which wasn’t as bad as it’s been the past few episodes. And then a restful night of sleep followed.

Bill was coming in the morning on the train and then he had to go tend to his mother. He had a bunch of gear with him and his plan was to get off the train, drop off the gear then turn around and get on the Path train to see his mom. I suggested that I meet him at the train and then I would take his gear home and he could just jump on the train. He was grateful for that and I was more than happy to help. We walked to a nearby bagel shop and then parted ways.

I had a nice breakfast at home and Bill ate his on the train. It was quite windy out and I was happy to stay in. It was Third Sunday in Hoboken which means a few galleries and artists open up for people to wander in and see what was going on. There was a gallery I heard a lot about that I hadn’t been to so I decided to check it out. It is at the south western border of Hoboken, far away from just about everything if you don’t have a car, which I don’t.

On the way I stopped by the cigar store to tell Shlomo those little cigars were very dry. He apologized and gave me some freebies as he put the other cigars in a working humidor. Then I walked past the Guitar Bar where I didn’t see Jim Mastro. I did see him on Friday and thanked him and Meghan for the Helmer’s gift certificate that Bill and I used on Valentine’s Day. I continued walking down First Street, with each block I passed I thought about just going home. Looking south I could see smoke and figured that was where the fire engines were headed.

I continued on and saw two building on fire. There was a lot of smoke and a few people documenting everything. I don’t think anyone was injured though they were displaced. After a couple of minutes I walked to the Barsky Gallery studio where I talked with a woman named Annette(?). It was a decent show, a few artists. A little too Abstract Expressionist for me but there were some pieces I liked. It was all rather quick since it is a small space.

After that I was home, made dinner and settled in for the night. Bill came home in time to watch Maggie Smith on 60 Minutes, then we watched the Simpsons and Bob’s Burgers before Bill went to bed. I stayed up and watched yet another documentary on Saturday Night Live which was not as good as the other ones. Probably because it was about the 1990’s. 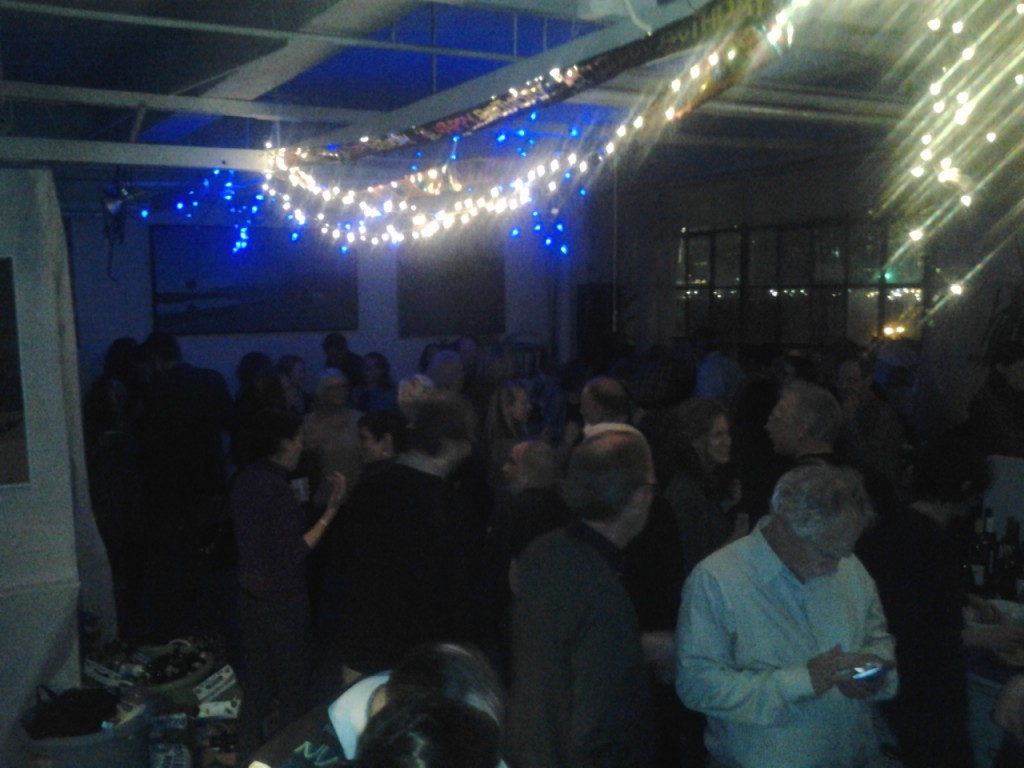 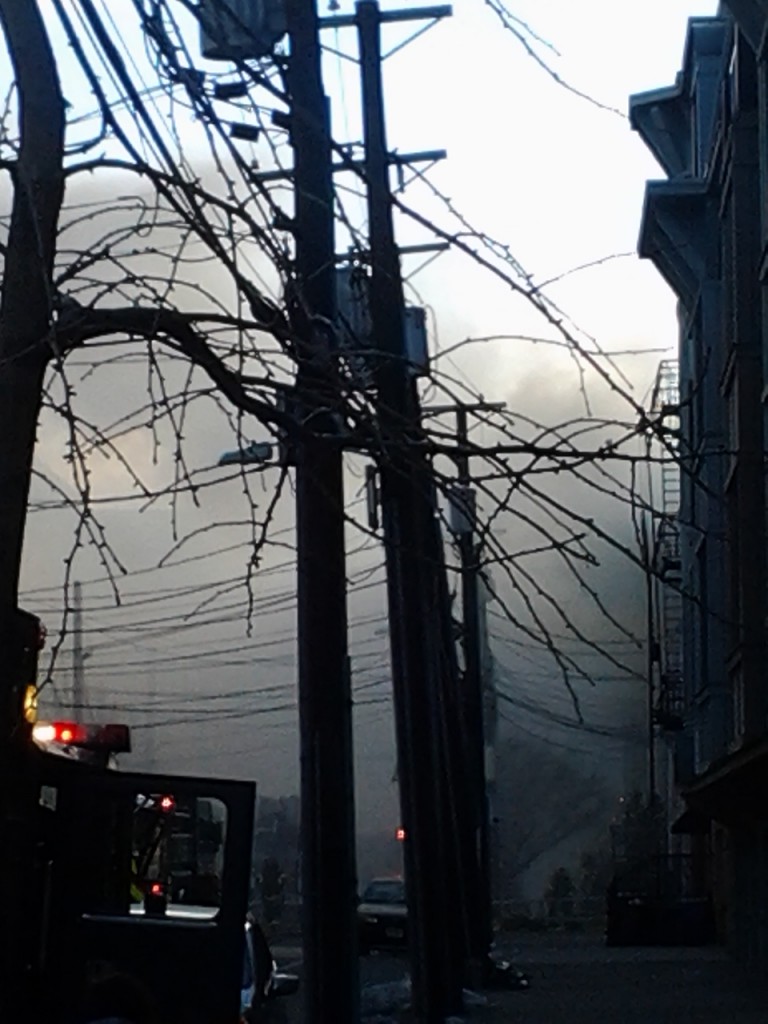 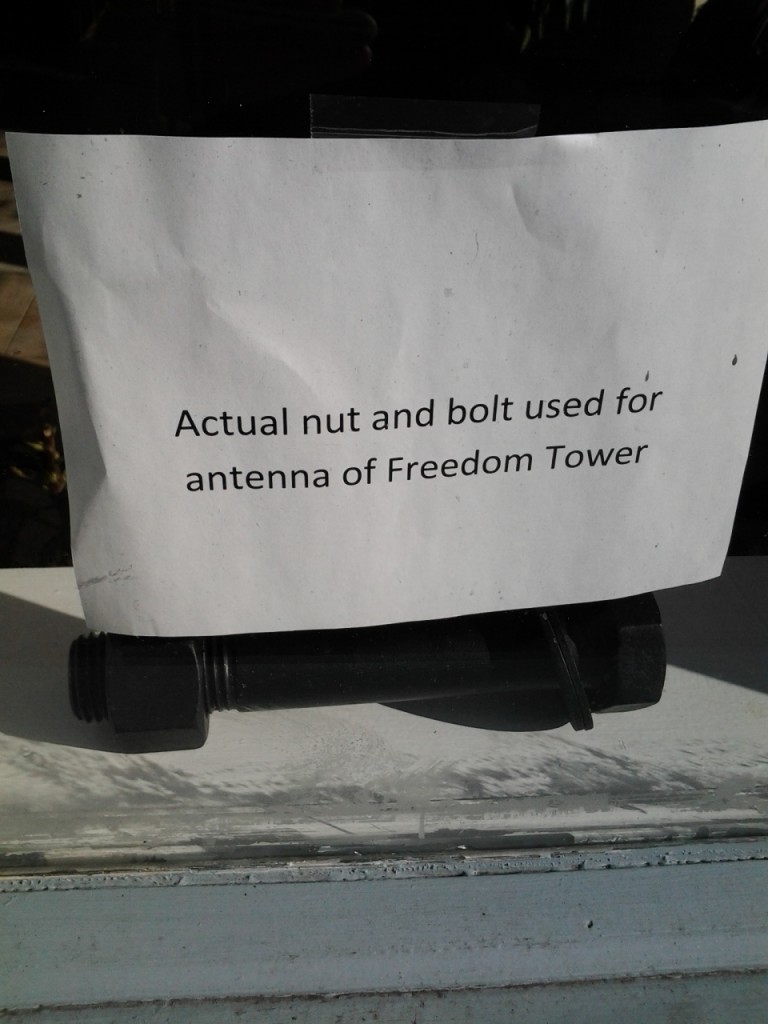 If the Freedom Tower antenna collapses, it may be from this bolt which should be up there but is actually in Hoboken. 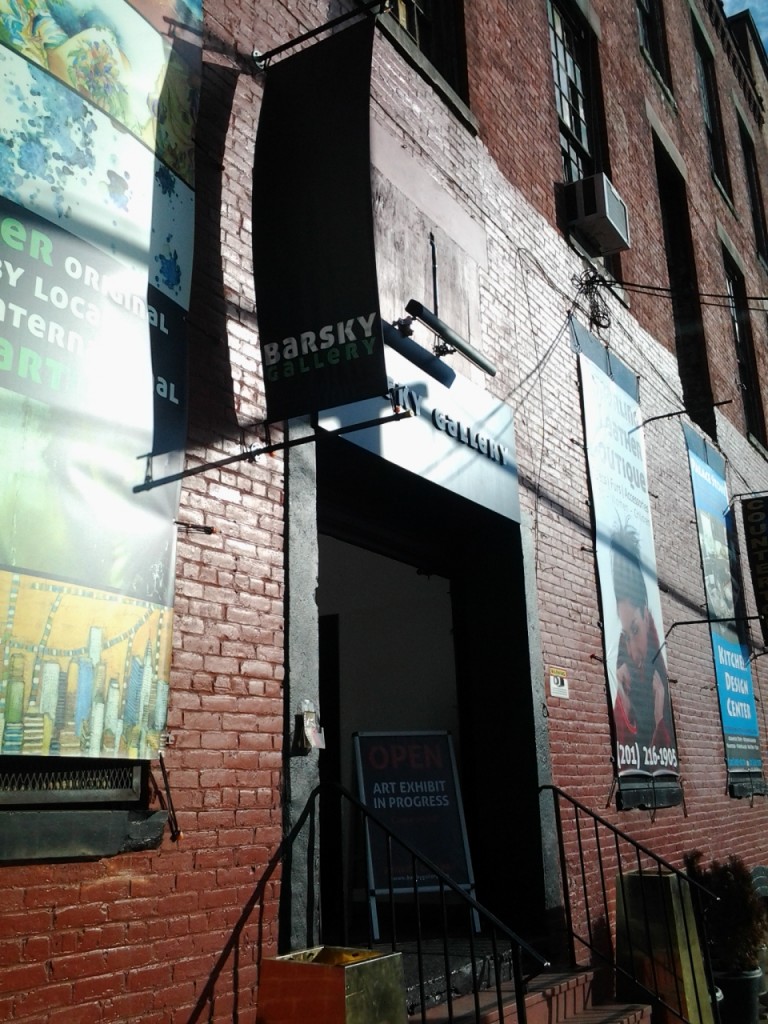 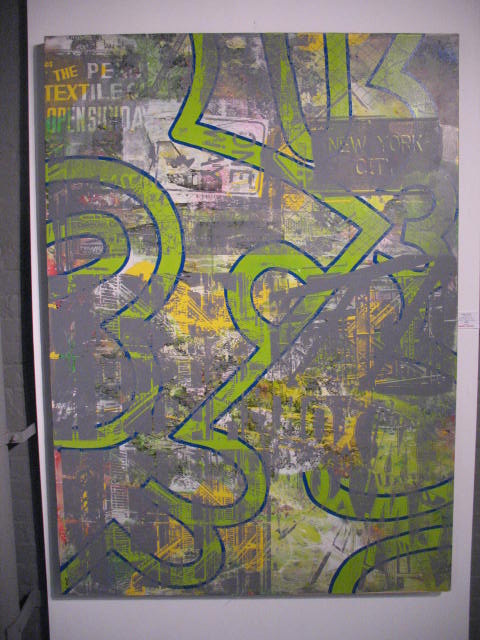 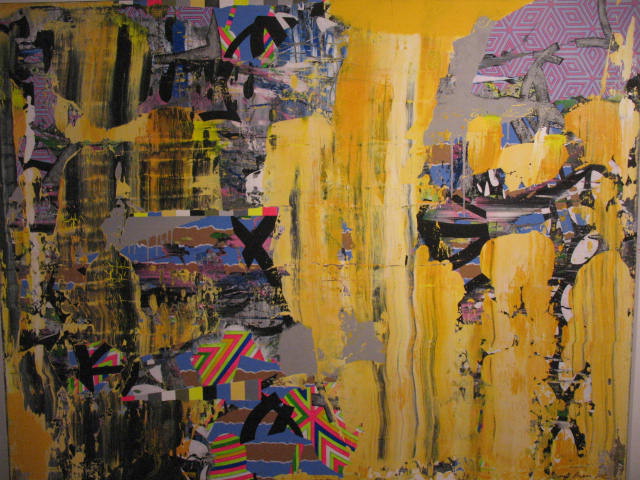 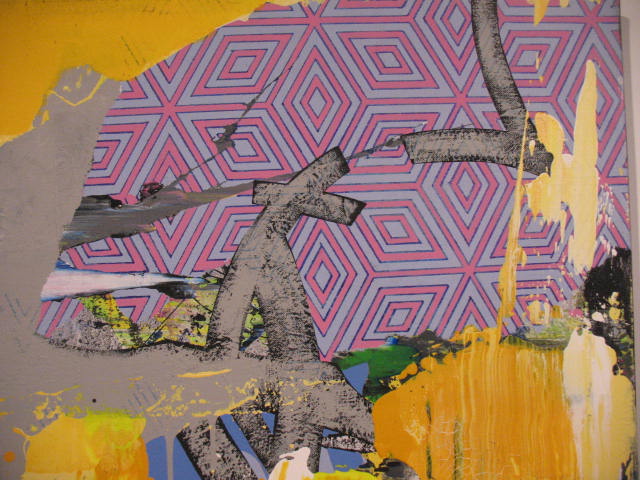 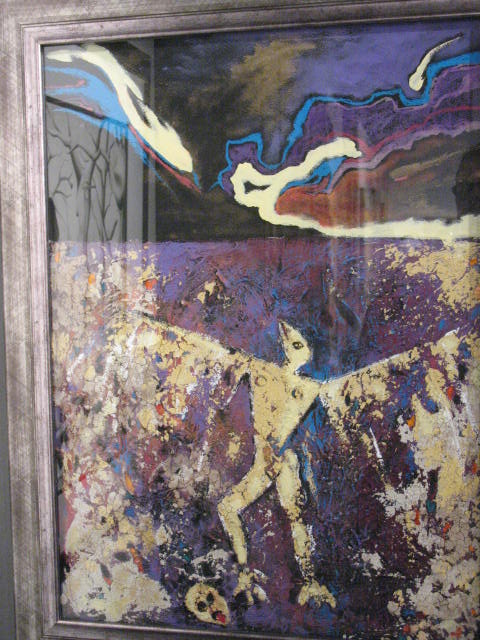 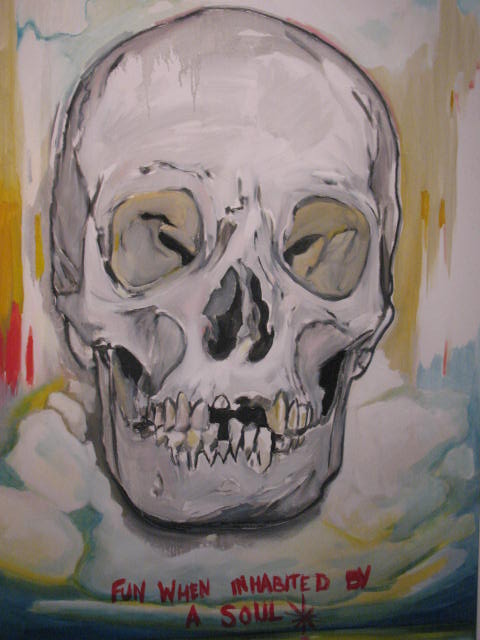 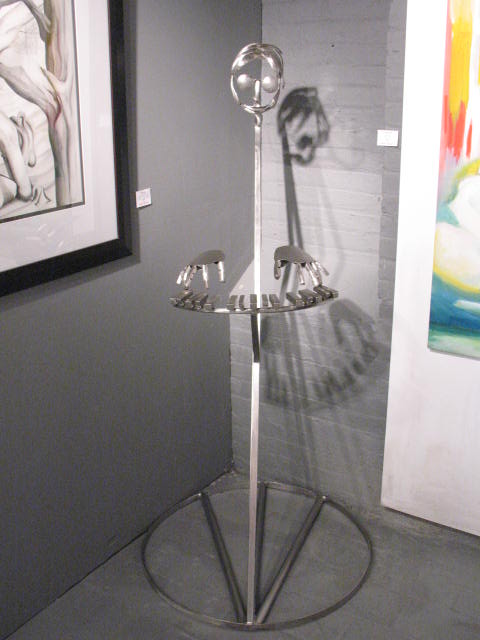 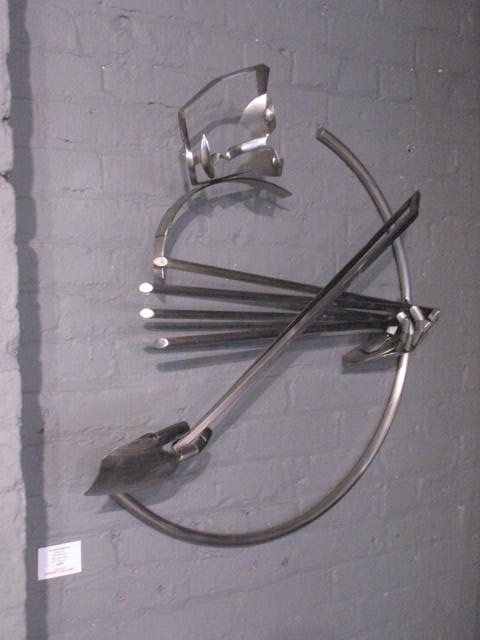 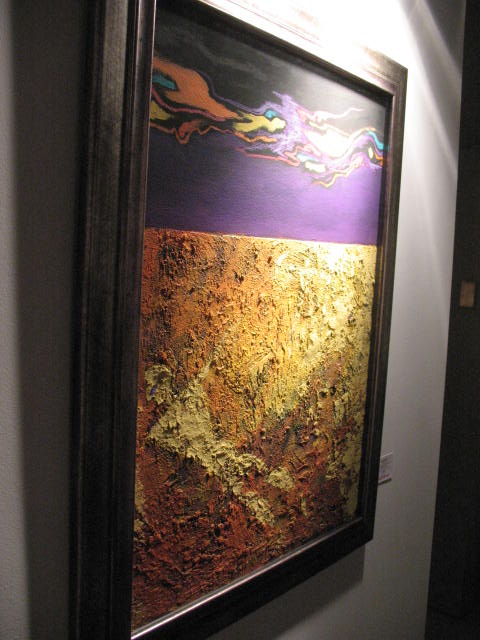 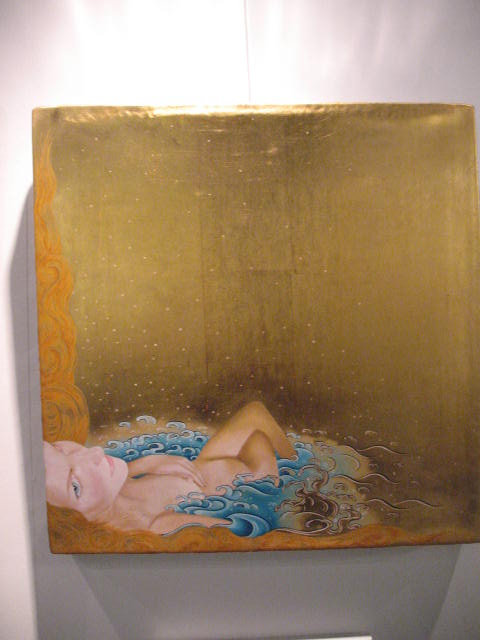 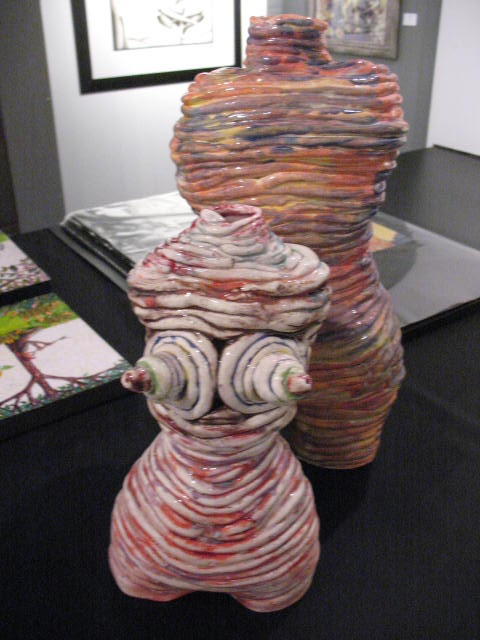 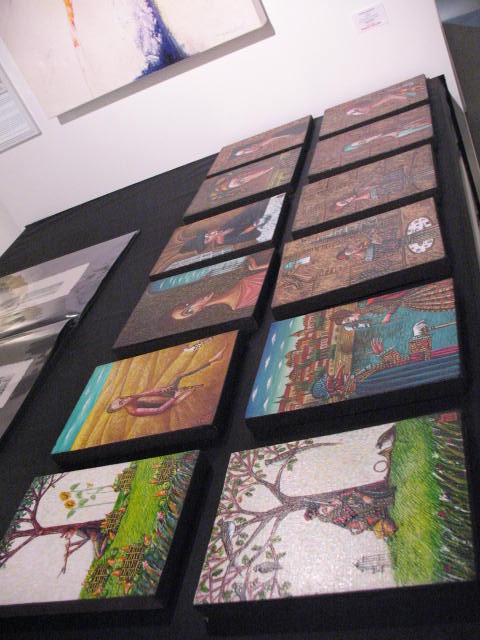 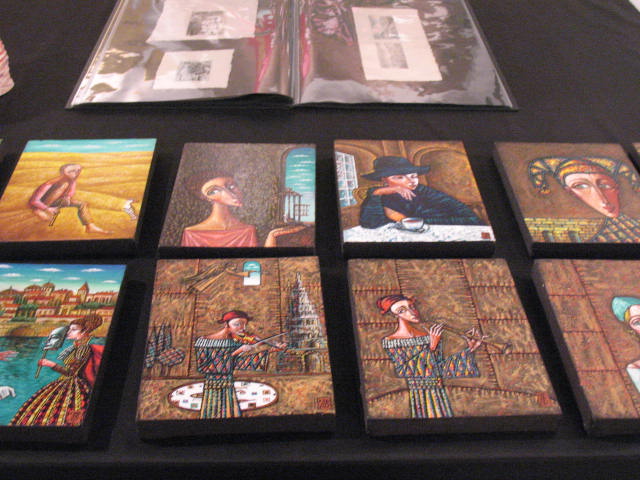 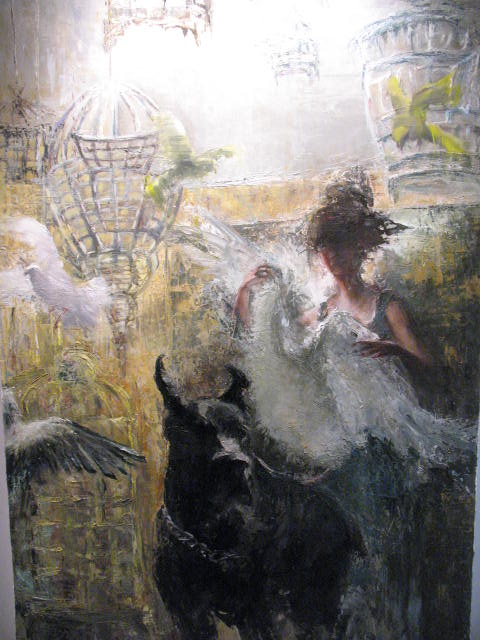 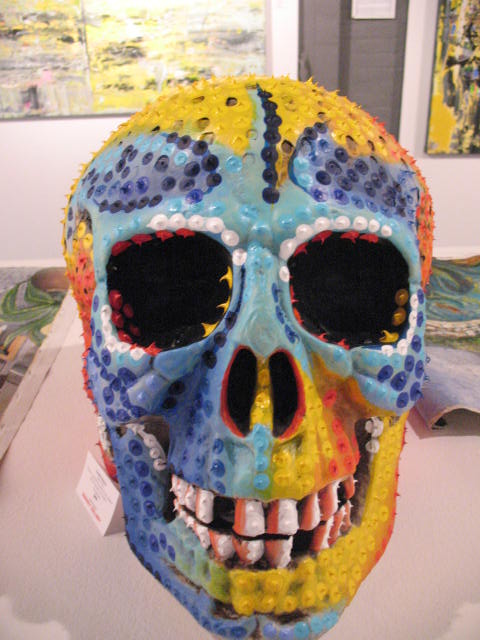 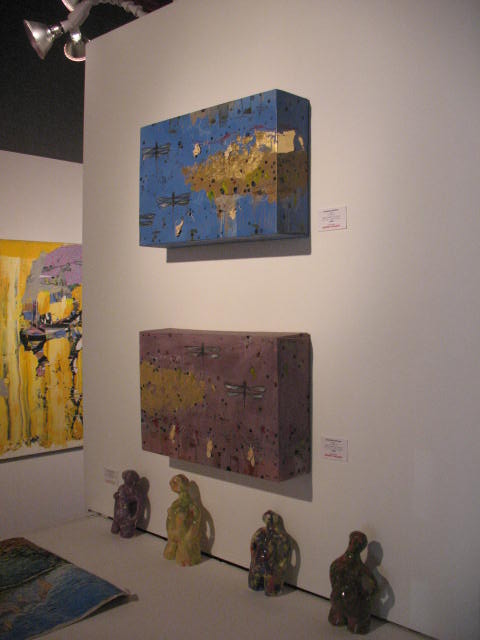 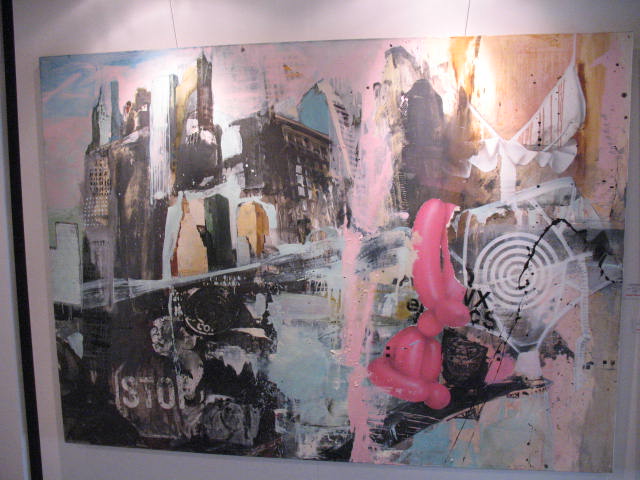 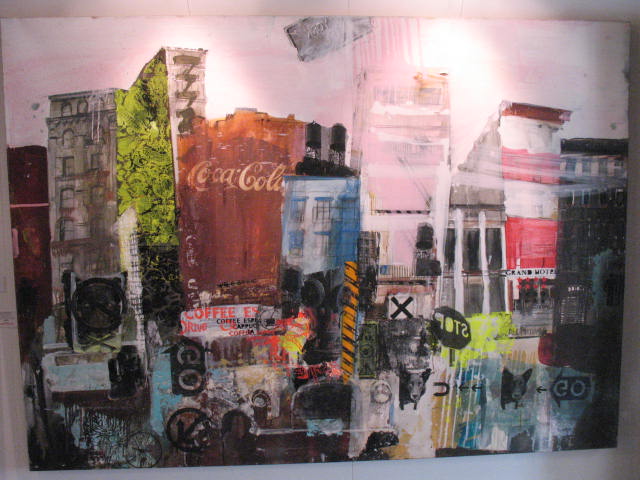 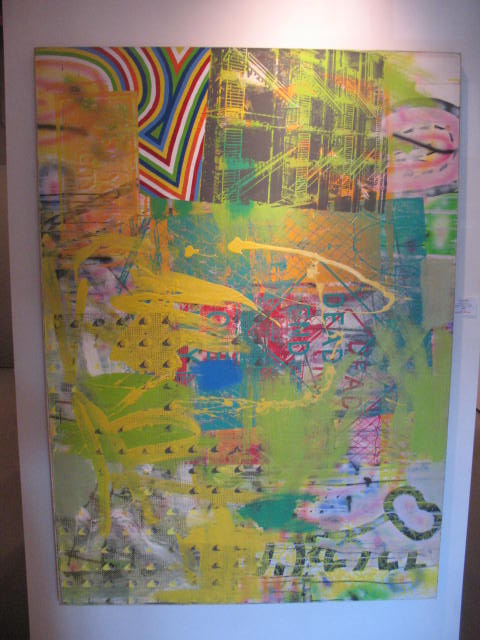 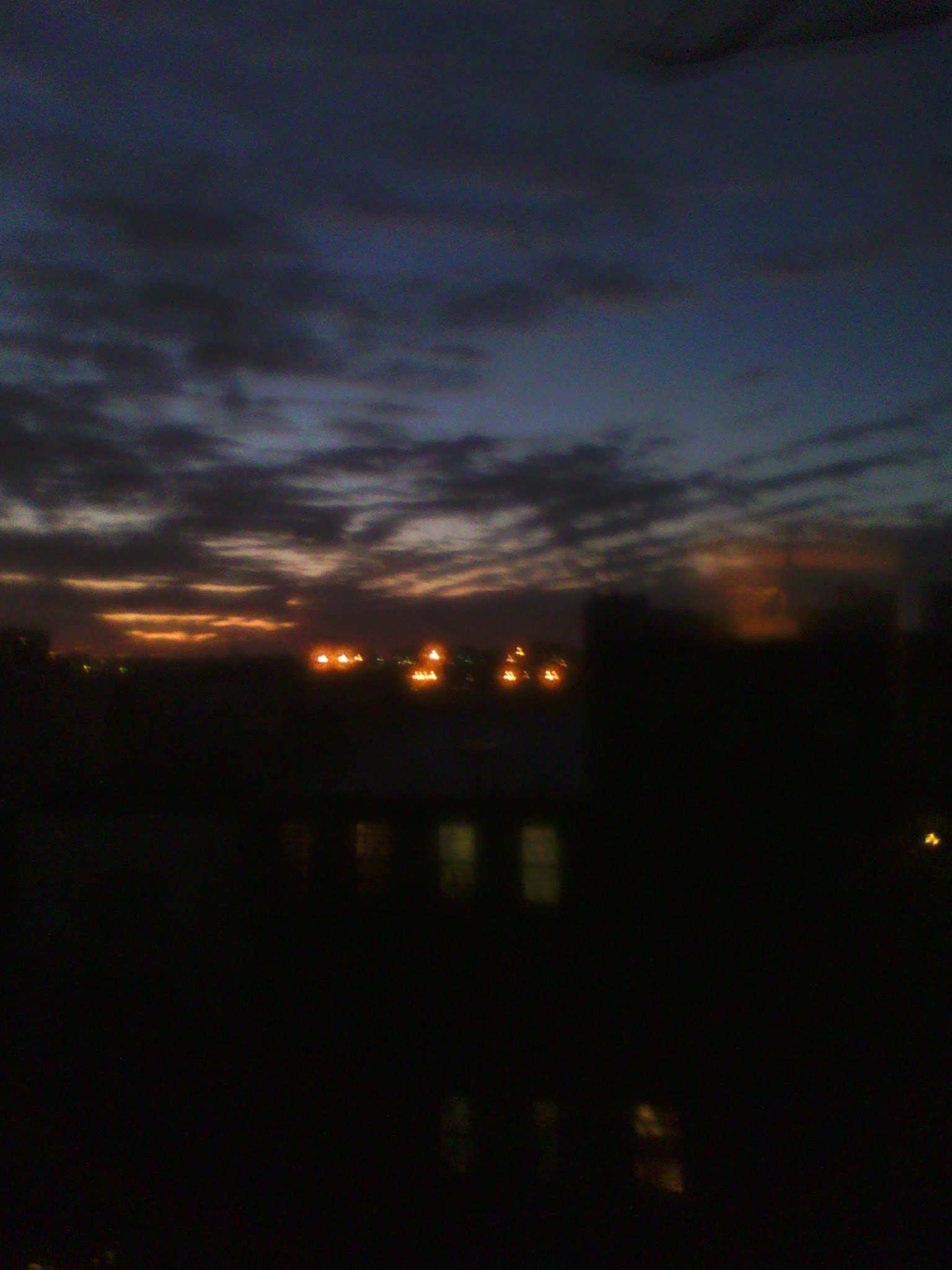 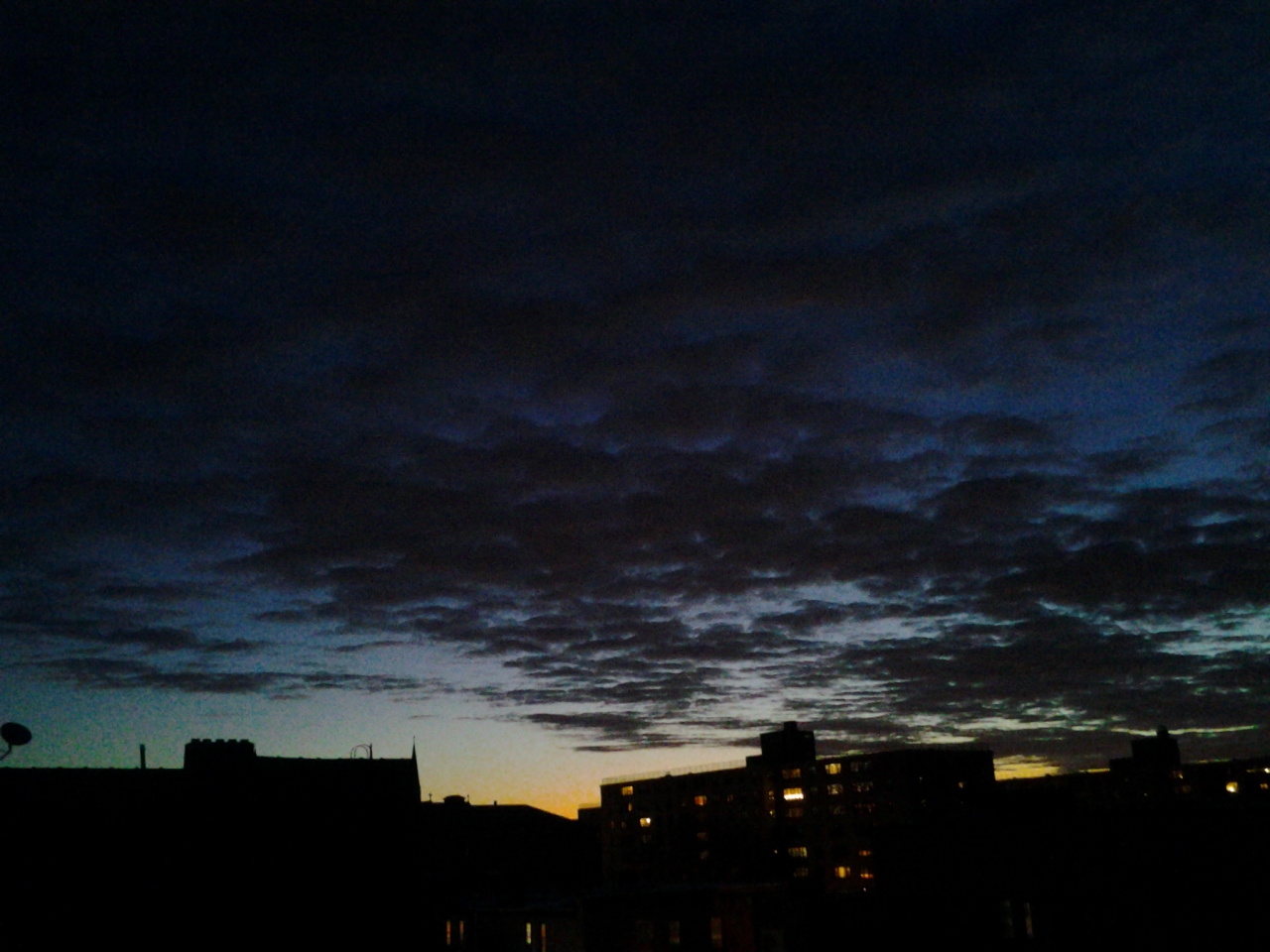 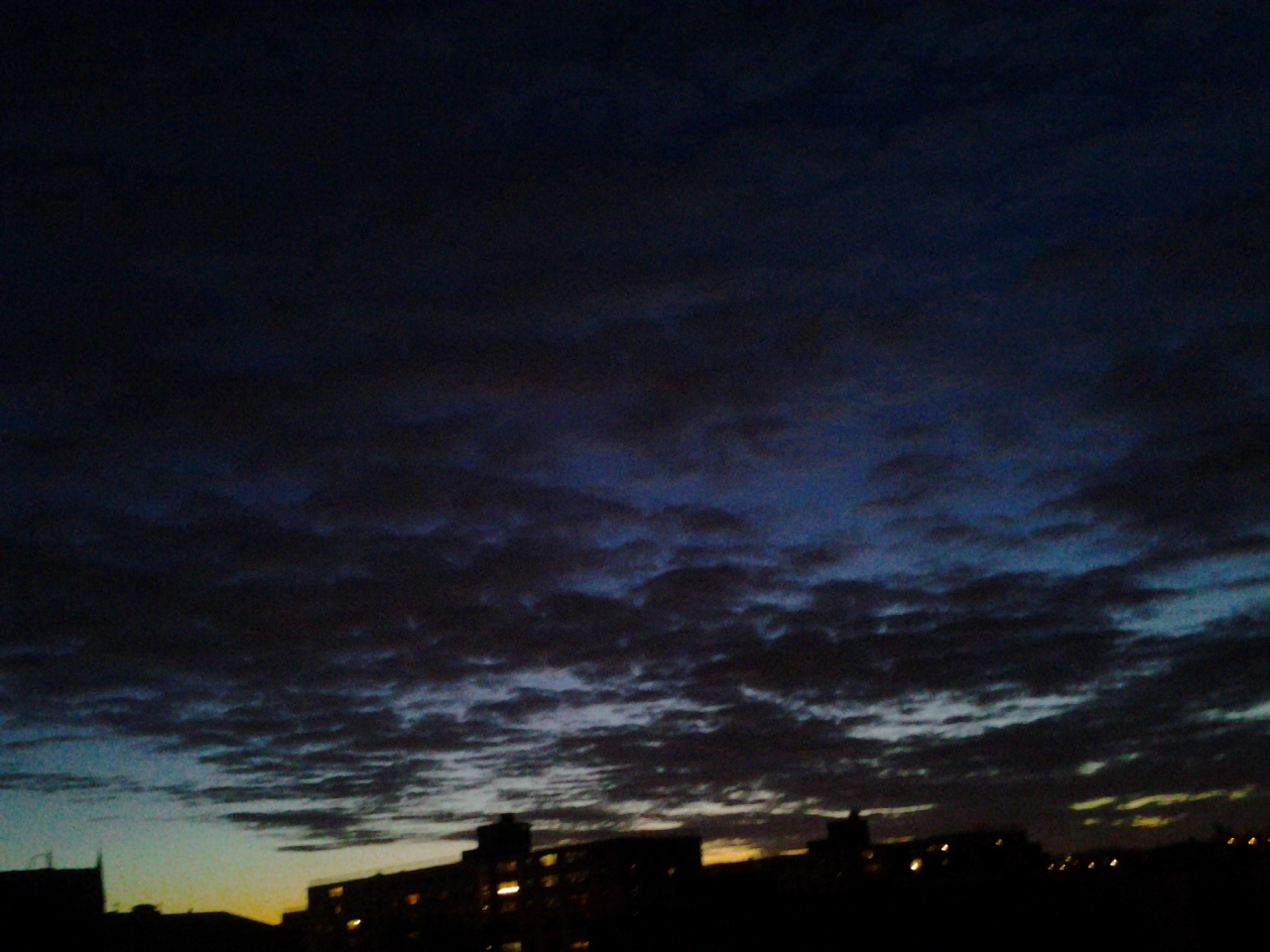 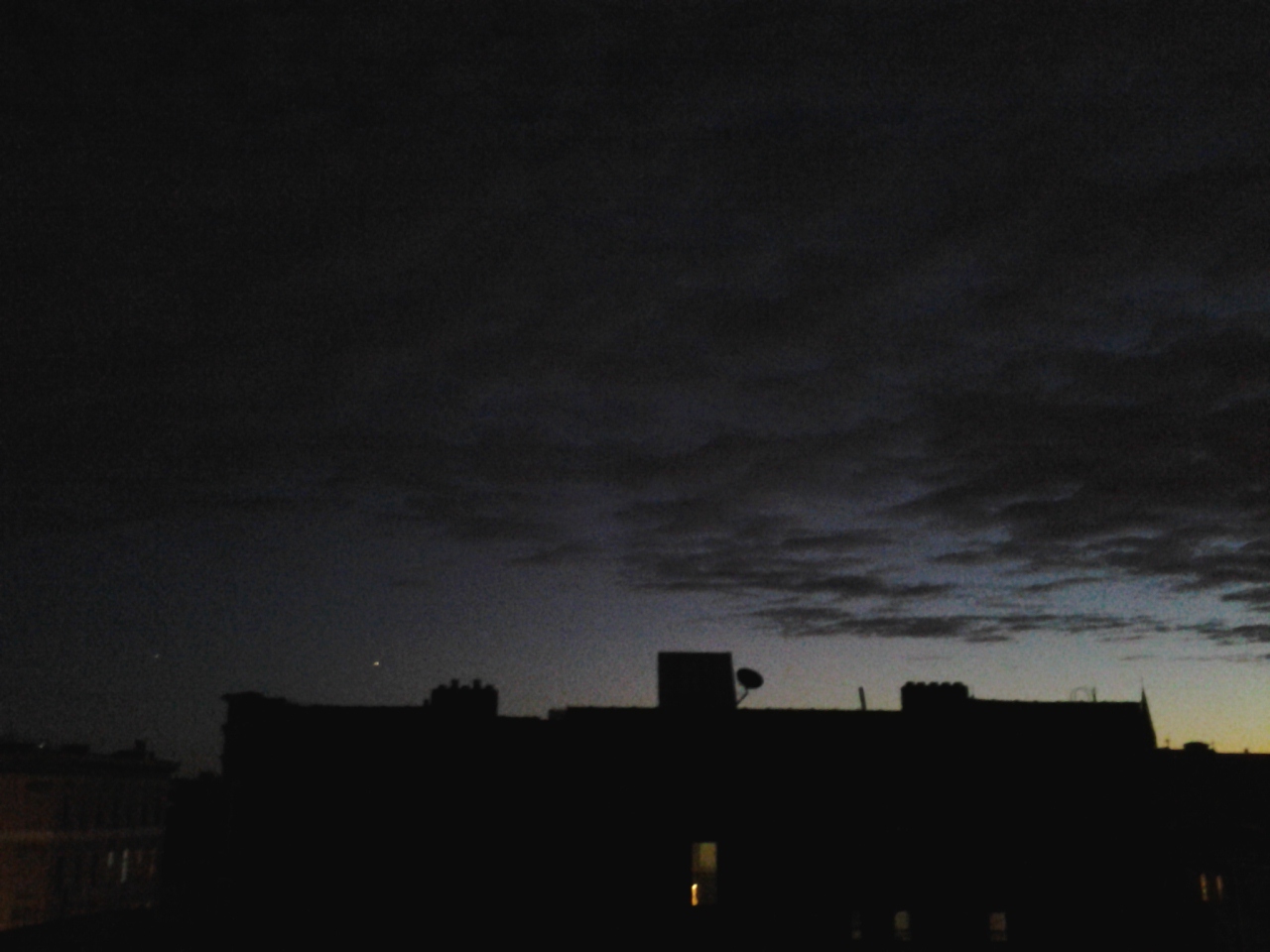