Well it’s a Friday today and it’s a gorgeous day. Last night wasn’t so bad either. When I was home alone I meant. It was all good, watching TV, comedies on NBC Community, Parks and Recreation, The Office and 30 Rock.

And actually I think Community was the funniest last night. Parks and Recreation was so so as usual. The Office would be in second place I think and 30 Rock in third place. Sometimes they just try too hard.

Not enough Jack Donaghy and way too much Tracy Jordan. I think the opening photo during the credits of Tracy Morgan is too much. He is truly the weak link on the show. Then again he is the luckiest guy in show business since he generally sucks. I sometimes wonder if Tracy Morgan has something on Tina Fey hence his being on the show, because it certainly can’t be talent.

After all that I wound up watching some clips of director Kevin Smith talking about spending a week out in Paisley Park with Prince. Got the link from Harpy and watched all four installments. I thought it was hilarious.

The news came on after that and as usual I watch until the weather report is finished then I change the channel generally if I am home alone and I was up to a point.

Bill came home from wherever it was he was at. He was in a pretty good mood, happy to be home. He loves the fact that I’ve shaved the goatee. I hate not having a goatee. I think I look like a lesbian without it.

I mentioned to Bill that I was planning to grow the goatee back but wary that it might come back with white hair. Bill was quite exuberant when he came through the door and his exuberance carried over in the manner of him chanting ‘White hair white hair’.

It was all fun and games then. I faux protested and threatened to drop the H bomb on him, ‘H’ meaning hair. He’s thinning on top and the sides are speckled with gray hairs. It went on like this for a few minutes, Bill would say something and then I would refute whatever it was that he said.

Apparently he was hurt by each successful refutation, so much so that he snapped at me saying that he was trying to work on his laptop, when only a minute before he was joining in on the fun.

It’s similar to some words we had a few months ago, where were were having a heated discussion about something and Bill lost it, saying that he can’t argue with me since I am always right. Or words to that effect.

I just happen to use reason when I argue something. Unfortunately there doesn’t seem to be much use for reason on the other side sometimes. So whatever boisterousness that was happening quickly deflated leaving me with hurt feelings and resentment.

Sometimes one vibe is better than two vibes and I was having a much better time when Bill wasn’t home last night.

Yes he drives me crazy and last night he drove me crazy again. I spent time and energy avoiding him whenever possible. He went to sleep as usual and I couldn’t have cared less.

The time for the apology would have been last night. And last night, or rather yesterday, the reason for my ambivalence about most things was because I took a Xanax in the afternoon, so I was definitely in quite a mellow mood last night.

He’s driving to Atlantic City tonight and I am relieved.

I think I had some good guitar playing going on today by the river. Ran into a Facebook friend, Juan Melli with whom I share mutual friends. Never met him before in the flesh.

Nice guy, took the picture below. He’s also a bicycling enthusiast so perhaps a ride will be underway this summer. Juan asked for a song so I played All My Loving which is committed to memory and Instant Karma.

He rode off after a little while and I played Sweet Little Sixteen and Maybe I’m Amazed among others.

Picked up Hot Chip- One Life Stand and MGMT Congratulations from the bibliothèque today as well as The Rutles DVD- Can’t Buy Me Lunch, the sequel to All You Need is Cash.

An evening alone is what I am looking forward to. 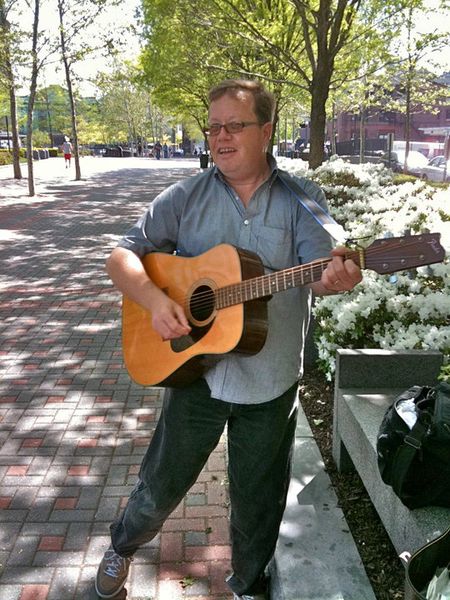 A beautiful day today. A bit blustery though. An ambivalent day for me as well. Just feeling meh. No word from the interview yesterday but I wasn’t expecting that.

Of course the phone didn’t ring. It did notify me that I had some texts coming in. I decided to take advantage of the beautiful day and head out with the guitar and play by Pier A.

After tying up my newspapers (which broke open of the third floor leaving me to sit on the floor and retie them up) I wandered over to the Guitar Bar where I found that Jim Mastro was en route to England to do a short tour with Ian Hunter.

I wandered over to Pier A where there weren’t too many people out. There were some on the grass and of course there were clusters of cigarette smokers outside the Wylie building. I practiced my repertoire, All My Loving, Instant Karma, Don’t Play That Song.

Tariq showed up but didn’t take his guitar out. He was just hanging, encouraging me to keep playing. I tried Visions of Johanna, Panic by the Smiths, Gangsters and Do Nothing by the Specials, and my tour de force, Hercules by Elton John.

Also trying to figure out and commit to memory, (Love is Like a) Heatwave by Martha and the Vandellas.

I’m trying to get 10 to 15 songs that I know inside out that I can perhaps play for tourists in Central Park. That’s for the warmer weather and also depends on whether or not I have a job.

Once the sun went behind the Wylie building it got a lot cooler out so I just packed up and walked to a bench that was a it sunnier and sat there, staring at the Carnival Miracle luxury liner cruising down the Hudson while I smoked a cigar.

Went to the supermarket, bought juice and picked up Bill’s laundry and dry cleaning. So while the day has been mired in the humdrum I’ve been keeping myself busy. Last night I picked up a CD from the bibliothèque, Big Star .#1 Record / Radio City.

I’ve heard it in bits and pieces over the years but never got my own copy. So the bibliothèque came through and toady I returned that and took out the latest Madness release, The Liberty of Norton Folgate. Both are good CD’s.

I also ordered the latest release from MGMT and Hot Chip as well as a boxed collection of Big Star (which was Alex Chilton’s former group). Promises to be another quiet night, not much going on. Comedy on NBC which is something to look forward to.

That’s about it on this end, how are things on your end? I know besides Harpy and Annemarie responding it’s unlikely anyone else will. 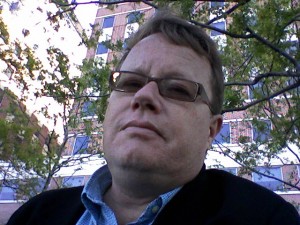 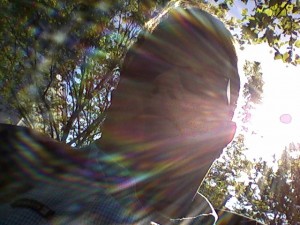