There is drama. There is always drama. Whether or not the drama stems from the overweight woman sitting a few feet from your desk or the guy who runs the restaurant where you do bookkeeping or if you work for the Susquehanna Investment Group, there is drama no matter where you work.

And there is drama in the cigar shop. I can’t say I am participant in the drama, just some bloke sitting in the cheap seats. Raymond has filled me in on the drama from his point of view, how I have to watch what Marcus and Calvin are up to, especially with the hours I work.

The law is if you work over 40 hours you get paid time and a half. If you’re a resident of New York State, you have to work 44 hours. Since I live in Hoboken, therefore out of state, it’s 40 hours. I figure that if the payroll is done via ADP or Paychex, those companies know the law and I should be paid accordingly.

Of course I won’t know what happens until I get my paycheck on the 21st. I did tell Calvin yesterday about the fact that I was on time and waiting outside the shop when he was 15 minutes late. I don’t want to be marked as late when I was actually on time.

He said he was going to send a note about that. He also didn’t think I was working that day, which is strange since he’s the one who makes the schedule.

Calvin went home last night at the end of his shift, complaining of a scratchy throat. I was supposed to work with Calvin, Don and Sean who is a part timer. I was on time again this morning and after signing in, Sean came up to me to tell me that Calvin called in sick.

So it was just me, Don and Sean. Don is warming up to me, but he’s basically an introvert. Sean is a 19 year old father, crazy cute and studying Criminal Justice at John Jay College which is a block or two away from the shop.

It was certainly laid back today and it probably would not have been if Calvin made it in. Things got done, at a more relaxed pace. The day started out slow enough, we had the World Cup on in the cigar lounge but no one showed up to watch.

In fact, Sean and I smoked cigars during lunch while the US & UK soccer teams met with a tie score, 1-1. The cigar I smoked was a Padron 1964 Annivarsario Exclusivo, It was probably the best cigar I ever smoked.

It was cool hanging out with Sean. He’s a hip hop kid and pretty funny. I played the playlist I made the other day and Neil Young’s Harvest Moon came on. He started making jokes about hillbilly music once he heard the harmonica. I don’t think he ever hear or heard of Neil Young until today.

Midway through the cigar I had to get up and use the bathroom and when I got up, I felt a little dizzy from the cigar. In fact when I went back to work after lunch, I was pretty much buzzed.

Sean’s drama is that he does a lot of work at the shop, the walk in humidor is his domain and he’s quite knowledgeable about cigars as well. But with all his work, he doesn’t get a commission since he’s a part time worker. I would give him a reduced commission for all that he does. He had Don’s ear, but no sympathy from Don.

But that’s how this cigar shop operates. No official 15 minute breaks for an 8 hour shift, no sitting down on the job. It’s not like Farfetched with a stool to sit on for a minute or two while you work. Life was surely easier when I was unemployed and only had my own drama to deal with.

But here I am in the thick of it. A broke ass bloke in the cheap seats watching the drama unfold. Thanks to Led Zeppelin I walked down to the bus terminal in about 15 minutes. When Rock & Roll started I was inside headed to the gate with minutes to spare.

I noticed fingerprints on the glass partitions and felt a compulsion to clean them like I do at the shop. I resisted and read an issue of the New Yorker from a few weeks ago.

Apparently I can write after working the late shift, but once again I won’t post until tomorrow.

And now it’s tomorrow. Just got back from a walk around Hoboken. Ran into Juan Melli, super nice guy, does PR for City Hall here in Hoboken. They closed off Sinatra Drive like they used to in the 1980’s. Quite nice, not too crowded.

I was bemoaning the fact that they don’t close the drive along the river anymore, but here it was, the first day they had it closed to traffic until 6:00 PM. It’s where I met Juan who was riding his bike. Had a nice chat with him about the state of affairs in Hoboken and the sticky politics and a certain blogger who’s a creep.

It started with just a few drops when he headed north and I went south, and now it’s steadily raining. Bill is napping and I have to wake him up in a minute. He drove to Atlantic City on Friday and Saturday night and today is the first time I’ve seen him since Friday morning.

Looking forward to watching the season premiere of True Blood tonight, and I have to record it for my sister who will be here in less that a month. That’s about all I have to say for last night and today. 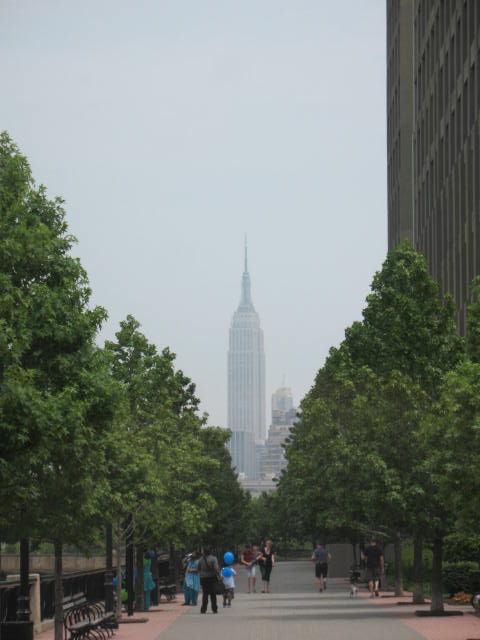 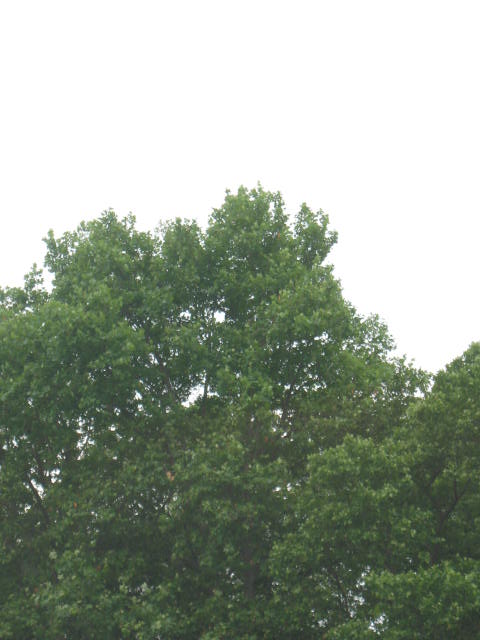 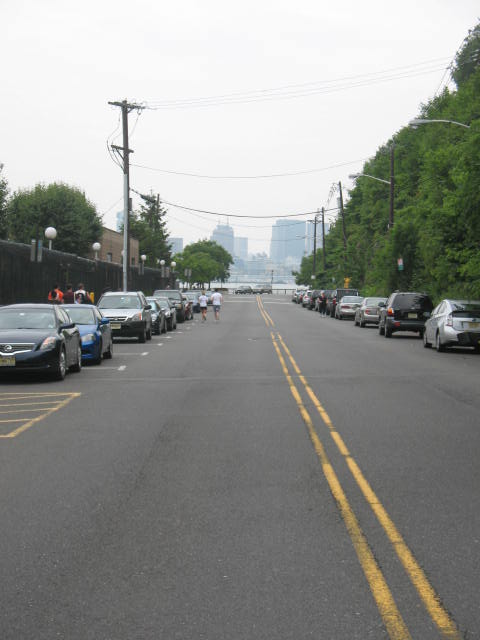 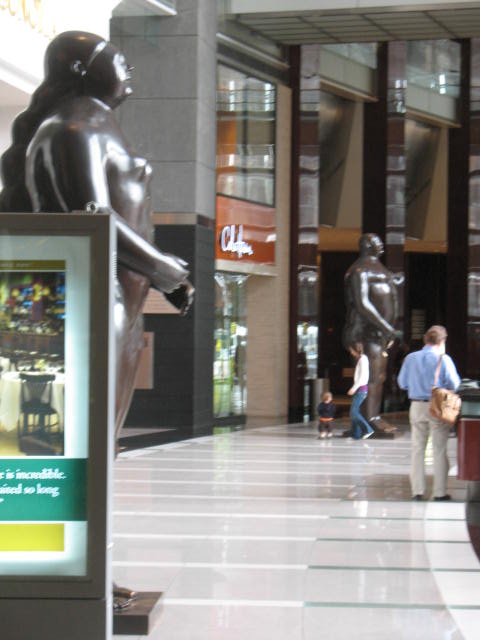 Near where I work 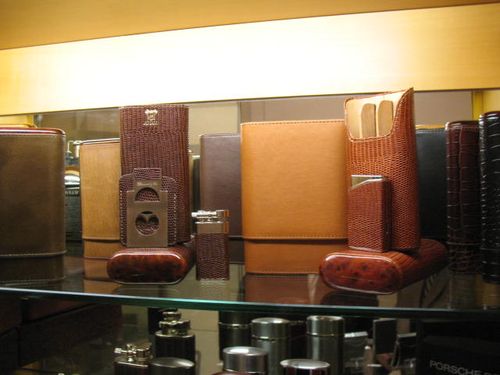 Some items I sell 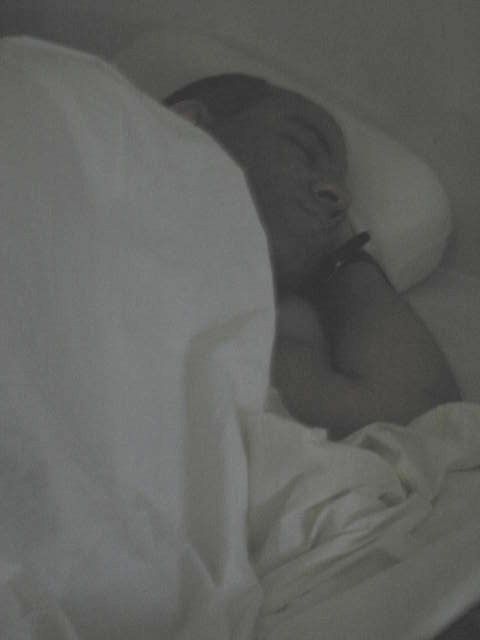 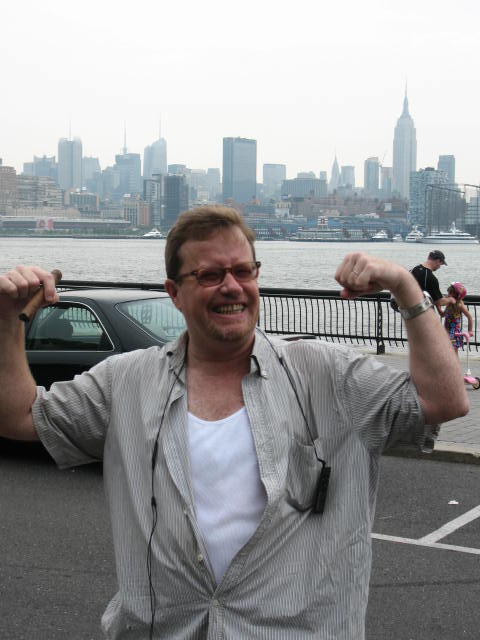 Oh yeah, before all the drama I bought some bus tickets from a machine in the bus terminal. When I reached in for the tickets I found 2 Sacagawea dollar coins. Not bad at all.

Well Bill just came home. I’ve been home for a while. Went bicycling this afternoon. First time in a few weeks. Rode up to North Bergen, a little north of the Galaxy apartment complex.

I rode along the Hudson Waterway. The neglected side, the New Jersey side, not the Manhattan side. It’s changed since last summer when I last rode up there.

Buildings sprouted up, fences erected. Still could use a lot of work. It’s not a continuous walkway. There are parts where you have to ride on a sidewalk next to River Road. The cars go very fast on River Road, almost but not quite highway speeds.

I made the most of it of course, carrying my bike on my shoulder when needed. I went as far as I thought I could without having to deal with cars zooming past and then turned around and headed back south.

On a break I sat on a bench and looked at the river. Another cyclist clad in a Campbells Soup cycling attire stopped by and was taking pictures of Manhattan. I saw he was trying to take a photo of himself with the city in the background, so I asked him if he would like me to take his picture.

He was grateful and I took his picture. We chatted, his name was Chris and he was from Belgium. He was staying at a hotel in Jersey City and I remarked I was on my way to Exchange Place. He didn’t know about the waterfront walkway and had ridden up through the streets.

Luckily Weehawken and Hoboken was better suited for bicycles and I showed him the way back, past where I am usually strumming my guitar by Pier A. There was some event going on Pier A and it was crazy crowded. I was glad I wasn’t there.

We walked our bikes through the train station and I got Chris headed in the direction of his hotel. He went his way, I went mine and sat for a little while in the Exchange Place area just chilling and watching the river flow.

After a little while of that and talking with my sister on the phone I headed back up towards Hoboken. While riding through Newport I passed Juan Melli who I know through Facebook and we chatted for a little while.

I congratulated him on his new job in Hoboken City Hall, telling him that I too have a job, being the director of a new Manhattan Project, being a nuclear physicist and all that entails. Juan was headed to Liberty State Park and headed off in that direction and I headed north to Hoboken.

Pier A was still hopping as I sat an a bench nearby. Some guy asked if he could take my photo with a professional camera and I said sure. I asked him what it was for and he said it was for his own use so I guess I might be a pinup in Nuclear Physicist Fancy one of these months.

Came home, helped Julio bring in some stuff for Alexander’s birthday party tomorrow in Van Saun Park. I also saw my friend Lois. We had a much needed talk and things were ironed out quite nicely.

That’s about it. Right now watching a recap episode of Lost before the big 3.5 hour finale tomorrow night. 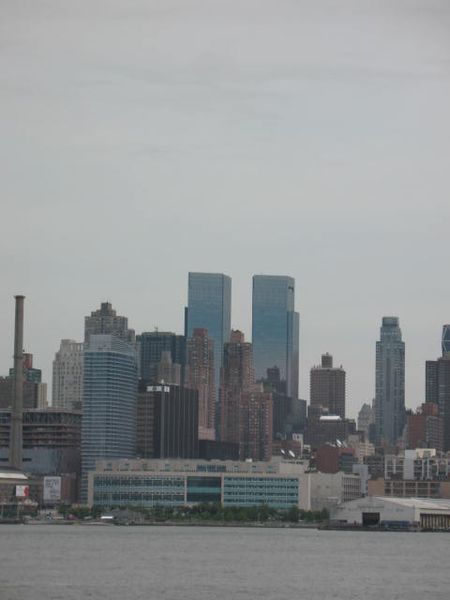 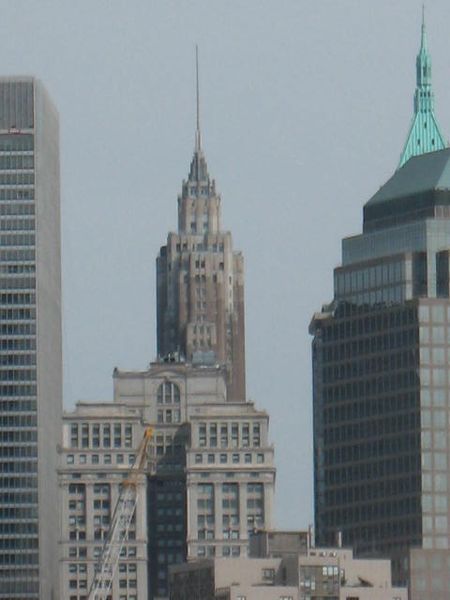 Or maybe one of these buildings 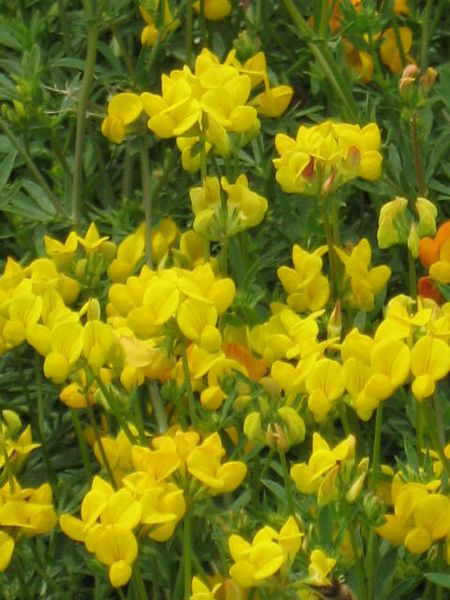 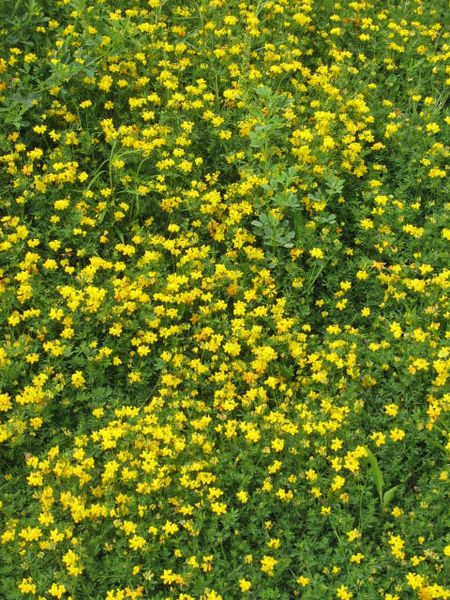 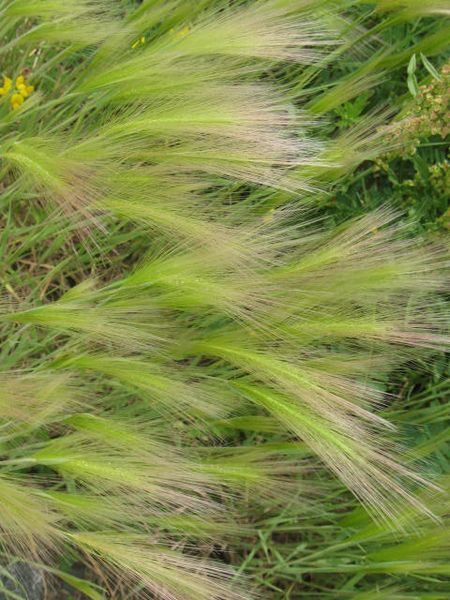 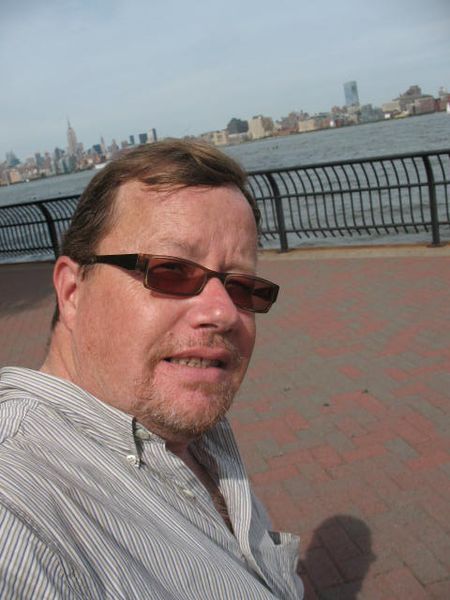 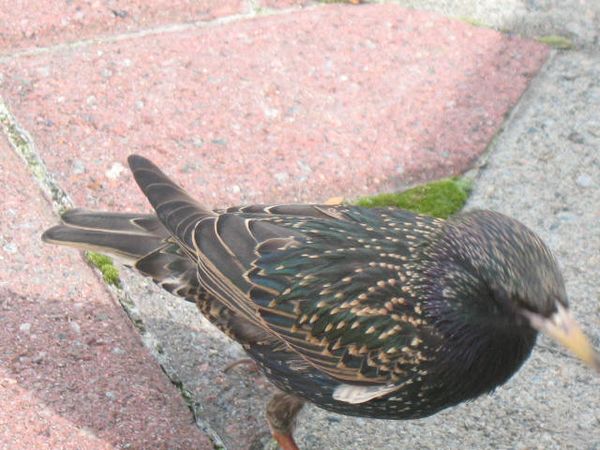 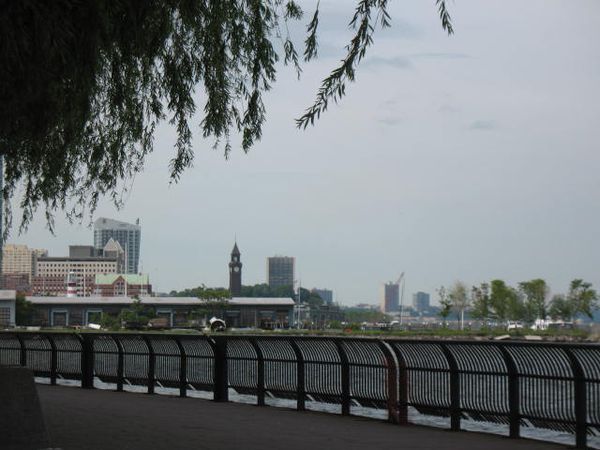