Today I don’t feel like writing. Mainly it’s from not sleeping well again last night. Cut down on coffee drinking considerably. I should have it together by Wednesday night, when I will go see the Specials.

Played guitar by the river for about 45 minutes. Hardly anyone around and once again it was cool and breezy which is sort of how I feel. You would think it would be a good fit, but no, not really.

Just couldn’t connect with the guitar which happens sometimes. Perhaps a day away from each other should do us both some good. I did relearn two Specials songs, Gangsters and Rat Race. Just the right amount of Norwegians involved.

Of course no one in Hoboken will understand or know the songs but they often don’t understand my covers or recognize them.

Gave up on More Tales of the City and returned it to the bibliothèque along with Gosford Park which I wanted Bill to see but it didn’t seem like it was going to happen anytime soon. Last night I watched the Pacific which left me laying in bed as I tried to sleep, thinking about grenades.

Not exactly the most relaxing thing to think of when you are trying to fall asleep. Also watched Treme, the new series about New Orleans post-Katrina. Also not the funny, relaxing type of entertainment that might help.

Right now I’m watching ‘In the Loop’ a British satire on the events leading up to the Iraq invasion. It’s pretty funny oddly enough.

An hour later I am back here in front of the computer.

Had a nap. No, the naps are not the reason why I can’t sleep at night. The naps are needed since I haven’t been sleeping correctly.

The volcano seem to be getting worse. Stine’s parents were supposed to fly in from Copenhagen this week but it now seems unlikely. According to the NY Daily News, NYC has lost $250 million from the canceled flights and minimal European tourists. And airports on both ends are filled with travelers trying to get home.

Stine was understandably disappointed but what can you do? She told me when we talked on the phone this morning. On the news just now they said the volcanic activity is getting worse and stronger than previously expected.

Which goes to show, no one really knows anything about anything.

Today is Bicycle Day which is named in honor of Albert Hoffman who discovered LSD and felt it’s effects from quite an eventful bicycle ride. I should have gotten the bicycle out and gone for a spin.

Perhaps I’ll do that tomorrow. It’s supposed to be a warmer day and I’ll simply take a day off from guitar playing. Perhaps even from writing.

This is the 1,616 post and I think I’ve earned a day off from writing. Of course I say that now. It’s so ingrained into my daily routine that I will probably find something missing in my life around 6:00.
You’ve been forewarned. 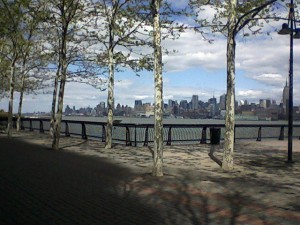