Well I just got back from almost three hours of busking. I’m getting better at playing, but the fun that I had on Friday hasn’t come back. No support you see. I had hoped some friends might stop by but no one did.

Some drunks stopped by though. One guy who’s front teeth broke a fall, walked by then turned around and asked ‘Do you know ‘Every Rose Has it’s Thorn’?’ I replied that I didn’t. Boy was he surprised to hear that.

I know it’s a song by Poison and I also know that it’s a song that if I hear on the radio (which is rare since I don’t listen to the radio) or if the video comes on TV I change the channel.

Then another drunkard walked up and asked me to play some Dylan, which I had just played a few minutes earlier. Just Like Tom Thumb’s Blues which is the perfect Easter song. So I played a little bit of that before taking a break.

Drunkard situates himself on the bench next to me and asks me to tell him a joke. I oblige with my Easter joke. ‘What is Easter? Easter is when Jesus comes out of his tomb and if he sees his shadow it’s six more weeks of Lent.’

Oh the drunkard was offended by that and that was fine my me. He starts going off about how I shouldn’t say anything like that. He has Muslim friends.

I say so what. Religion is bullshit. There is no god. This is all there is. Make the most out of it and be nice to others. What more can you ask for? He asks about heaven and I say there is no heaven and there is no hell.

He asked if I was an atheist and I told him yes. He goes on about how he was an altar boy and believes there is a god. I tried to just say the most outrageous things in order for him to move on but he wound up sitting there on the bench mumbling to himself.

A woman came up to me just then and told me she had a brown guitar she was looking to give away and did I want it? I told her no. The drunkard asks if she’s a gypsy and she said she was Albanian, Russian, Italian, and a few other ethnicities thrown in the gene pool.

The two of them had a conversation while I turned my backs on them and played whatever songs came to mind. Though I don’t play for the money, it is nice when someone throws some money in my guitar case.

If I was in it for the money I certainly would be discouraged.

I made a dollar today and I can’t say it’s a dollar more in my pocket than there was when I left the apartment since I went to the ATM and took out a twenty. But like I said, my playing is improved and today added Rebel Rebel to my repertoire repertoire.

I did run into Tariq. He and another guitar player were heading into the city to play at Washington Square Park. I showed him quickly how to play Rebel Rebel and also Whatever Gets You Thru the Night.

The other guitar player was impressed, she was a John Lennon fan and also told me I had a nice voice. Ah but I don’t sing unless there’s a friendly face around.

They invited me a few times to go with them but I begged off, thinking that some friends might stop by. But the friends did not stop by and I didn’t sing. No big deal. I will still go out and play.

I don’t think I would be comfortable playing in Washington Square Park since from what I’ve seen when walking through is just some perfectly horrid songs being played and sung. I won’t do Dust in the Wind or crap like that.

I think it all boils down to the fact that I don’t play well with others. I have no problem with that. 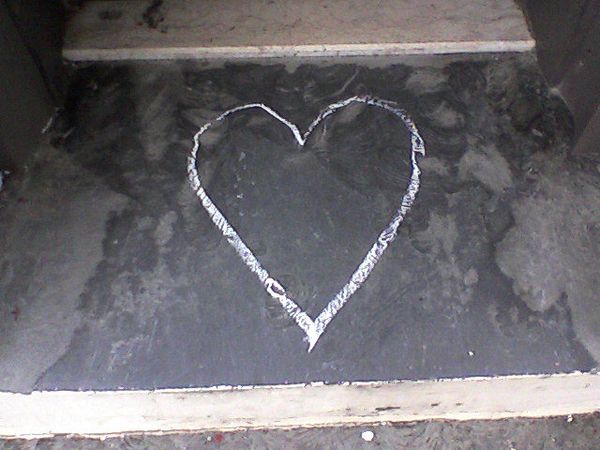