Well now it’s Thursday. First off, I was able to take a shower. And it was good. It really is a good way to wake up, and with a cup of coffee, what could be better?

I know there are some things that could be better, but I’m not getting into that right now. Plus it’s been a long while since I woke up in that way that I might not be able to recognize what exactly is going on under the covers.

But this morning wasn’t so bad, and of course I went to work with a feeling of dread. I also caught the earlier bus. I must try for the 10:30 bus. I stood there at the bus stop and felt, ‘Better get it over with’ and got on board. And it was a crowded bus.

So I must make an effort to wait for the next bus next time. I did make it to the bibliothèque before the bus where I picked up some items that were being held for me.

A Big Star compilation that I requested earlier in the summer (actually requested April 21) came in and I am presently uploading it as I write this. It’s a 4 CD set and seems to have quite a lot on it. I also got a copy of Joe Jackson’s first album, Look Sharp since a line from Happy Loving Couples floats through my mind from time to time.

And also got a DVD of Zombieland which looks like it could be fun to watch. From Netflix I got A Single Man, which is Tom Ford’s first directing effort. I heard it was good and I also know that that isn’t going to be that much fun to watch.

I got to the store and it was just me and Calvin for a good part of the day, with Sean joining us when he got out of his classes for the day. I wonder if I was as narcissistic at 20 as Sean is. I doubt it. Then again I came from an intelligent family and had some highly intelligent friends around me.

I had a late lunch at 3:45 which was fine by me. I sat on a bench near the park and happily puffed away on a cigar as the humidity rose since a major storm was on it’s way. I read the New Yorker, finally all caught up on the issues.

Came back and found that Don Birch will be leaving early on Saturday since he’s getting in touch with his Hebraic roots. It’s Yom Kippur and he’s decided to observe it. But I think it’s his girlfriend whispering in his ear telling him to take the day off.

So when I get in, he will be leaving. And it will be just me and Kid Narcissus. It should be a nightmare. But I could be happily wrong and it could work out fine.

Tonight it was just me and Kid Narcissus and although it was awkward at first it ended well. The new schedule is out and as per my request, I have October 2 off which is the date that Rand has set for his birthday party.

Rand”s turning 50 this year and it’s a milestone. I’m looking forward to it. I have to go to work the next day but it shouldn’t be so bad.

And tonight, once again I made it from the cigar shop to the bus terminal courtesy of David Bowie and the Earthling album. The first three tracks lasted 16 minutes and 12 seconds.

It’s probably a good thing that I walk alone since it could be difficult for someone to keep up with me. 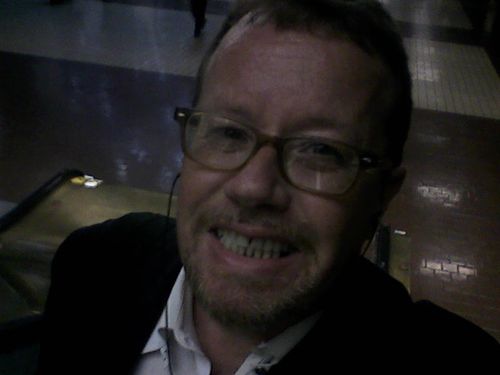 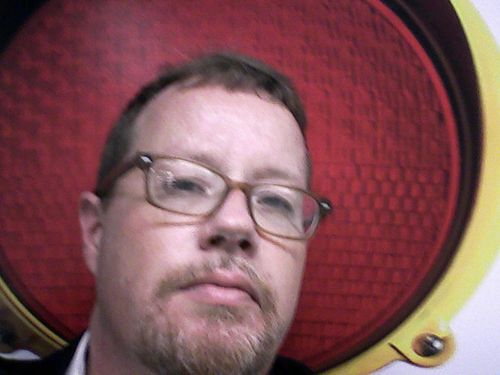