At least I have Xanax to get me through the day. Others use booze, heroin, whatever may be handy.

The latest twist in the saga of working retail, is that next month, I’ll probably have to participate in Monday Night Football. Not playing it, not watching it, just having to be in the store while the game goes on.

And if there is any one sport that I don’t like, it’s football. I already plan on having a good book to read and I’ll likely be writing at the cigar shop and posting it when I get home, which should be sometime around 2:00 in the morning.

I certainly wasn’t asked, but the new schedule is out and one of those games is on my late shift. I’m not happy about but who the fuck cares? I have a job don’t I? So shut up and stop complaining.

Still I continue to look elsewhere for work, hopefully getting out before the holiday rush, but no one is hiring. No word from CVS, Starbucks or Dunkin Donuts. And no word from that guy Ian who offered me a job last month.

Perhaps he’s a flake. He did say I should hear something mid- September or by the end of the month and that is rapidly approaching.

Work was the usual stupid nonsense. Redundant? Perhaps. The ride to work was more of the banal. Sat there at the bus stop as the 10:15AM rolled past me, opting for the 10:30 bis instead. It wasn’t a crowded bus, still some familiar faces got on.

No Angie Baby, but the tattooed guy from the summer walked on board. His birth date is tattooed in a digital manner and it surprisingly matched the small tea cup saucers embedded in his earlobes.

I got off the subway with about 25 minutes to spare and just sat on a bench across from the cigar shop. The Xanax had kicked in so I didn’t really care much. It was Marcus, Calvin and Don with Sean coming in after school.

Some of the regulars floated in and out of the cigar shop and stationed themselves in the back room. Since Don was on the shift, I was able to leave the shop for my lunch hour for the first time in days. It really made a difference, to be able just to go outside instead of looking at the same four walls I would be stuck with for ten hours.

I wandered over to yet another bench by the park, had a cigar and read some of the New Yorker. I miss having a camera. I have a cellphone camera, but it’s definitely not the same thing.

By the time I got to the bus terminal, I Believe came on and since that is a 7 minute song, I’ll round the time to 17 minutes and 15 seconds. Probably would have been shorter, but it was raining after all.

That’s about all I have to write about. Bill is sore after training with a physical trainer. 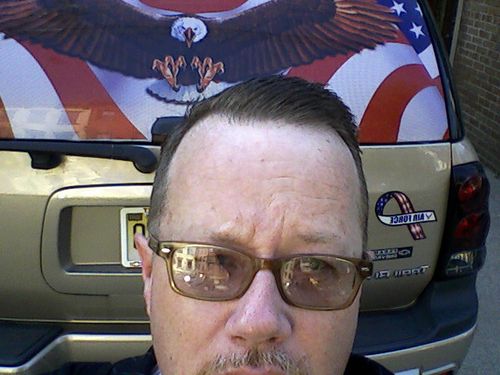 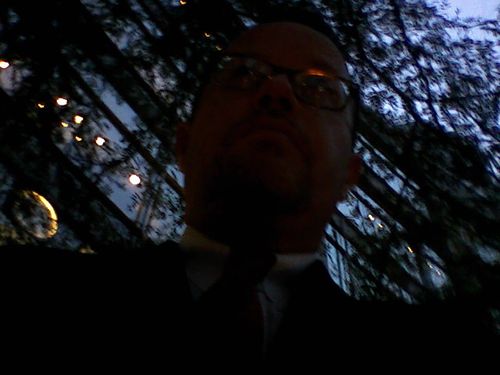