September? It’s not my favorite month. It should be, but it’s the cruelest month for me. It always meant the end of summer, the return to school. Maybe for 24 hours it’s good but those 24 hours are generally fleeting.

Today being the second day of September was especially heinous. I found my co-workers to be irritating. Generally they are OK, but today I found them especially annoying.

Don Birch picking on Raymond. Raymond stealing a customer from right under my nose. Sean being a really annoying 20 year old.

He cornered me and asked me something that he could only ask me about. Seems that he was at his college, talking to some chicks when a guy came up to him and asked him if he wanted to go out. To Sean’s credit, he didn’t flip out.

To me he was obviously stressed. His question? ‘Do I look gay?’

I asked him if I looked gay and he said no. I said that to make a point that gay people come in all shapes, sizes and colors. He seemed somewhat reassured by the fact that he didn’t look gay. I told him he was probably desirable to men and women, but that only confused him further.

I do have to give credit to the guy who walked up to him. That took guts. He was lucky Sean was rather cool headed. Sexually threatened, but he handled it well. The guy should be more careful in who he approaches for a date.

The next time he approaches some guy with whatever line he used on Sean, it might end badly. This is what happens on the campus of John Jay College.

So dealing with those three, Sean, Raymond and Don Birch, was a bit of an onus. Really it wore me down. Lunch was good, time away from the cigar shop. Sitting on a bench by the park and me, happily puffing away on a good cigar.

When I came back it was worse than ever. The day just would not end fast enough. I had the misfortune of having to deal with what seemed to be the daughter of the Bride of Wildenstein. Boob job, face job, lip job. Wanted to buy cigars that women smoke.

It was left to me to escort her into the humidor and show her the cigars that most women buy for themselves. She teetered on her high heels as she talked on her crackberry, asking me if we sold hookahs. I told her we didn’t and she asked how much hookahs cost.

I told her I didn’t know, we don’t sell hookahs. We especially would not sell hookahs to women that looked like hookers. I wrote down two addresses where she might get a hookah. One was at 9th Avenue and 50th Street.

So she did that and on her way out asked where she might best find a taxi. She didn’t say it as well as I wrote it but she was out of the store shortly after.

I did my best to avoid Sean and Raymond, just tired of listening to the two of them. I hid in the backroom, counting the safe, then making sure all the faces on the currency were in the same direction. I would have probably put the bills in numerical order if I had the time. 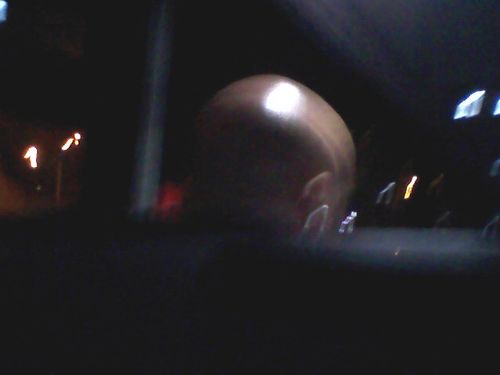 Bald head, bopping in the seat in front of me. 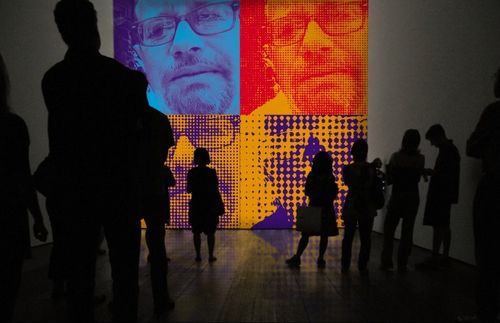