Oh it was quite a lovely day. The sun came up and Bill kissed me goodbye once again. He was looking quite nice in his work attire. From out of nowhere a puppy dog came running in and licked his face, then an hour later that same puppy dog ran in and licked me awake before vanishing into thin air.

I made some excellent coffee and fixed myself a bowl of Lucky Charms before stepping into the shower. It was a wonderful shower, one of the best ever. I think in the history of indoor plumbing, you would be hard pressed to have a shower as utterly fantastic as the one that I had this morning.

I dried my hair and got into some clean underwear and sat and had some coffee and ate my frosted moons and marshmallow clovers and read the bible. Such a good book it is. Read some emails after that and watched the Today show where Al Roker and Barbara Corcoran talked about some really fabulous real estate throughout the country.

Property that is exquisite and that I hope to own someday. It was uncanny, how did they know I desired a mansion in Greenwich, CT with a man made pond so near the horse stables? Uncanny. I soon donned my gray flannel suit and headed out to the bus stop.

A foggy day to start out with, but the sun promised to come out and shine shine shine. And it did. I walked to the subway, smiling at my fellow riders and got off at my stop. I was early so I sat in the shadow of a skyscraper and talked to Bill for a few minutes on the phone.

Soon I was skipping over to the cigar shop, greeting Don who was behind the register. Marcus and Calvin were in the middle of an interview with a amiable young man and the next interview, another amiable young man paced around the shop waiting for his turn at bat. Young amiable man exited and the second took his place.

I rang up sales with Don and the day was progressing nicely. About 45 minutes later the second interviewee left and Marcus and Calvin hunkered down in the the office while Don and I competed for that 1/3 of 1% commission.

Things were progressing nicely when Calvin came out and told me to go to the humidor and do the work that Sean was supposed to do yesterday. That took me out of the running for the commissions, allowing Calvin who more than likely gets more than 1/3 of 1% commission to get whatever I would have earned, but at a lesser rate.

So I was off the floor doing a part timer’s job (Sean will be in tomorrow, probably too busy cleaning his nails with an exacto knife to to the job himself) So Calvin decided to move me off the floor. I didn’t care really. I even told Don that the 1/3 of 1% commission is bullshit and didn’t care for it anymore.

I was able to head out for lunch allowing Calvin to take his 2.5 hour lunch/smoke a cigar/have a drink break. I spoke with Bill again but he was rushed since he was trying to leave his job early so he could drive to Atlantic City again.

I made it back to work and went back into the humidor. Where I usually pick out most of the music in the store I decided to let Calvin have his way and listen to that dead music, that jazz. He left the shop about an hour after Don and finally I played some music made in the past 5 years by living people.

I left the store, not caring about much at all, and now here I am, caring even less. 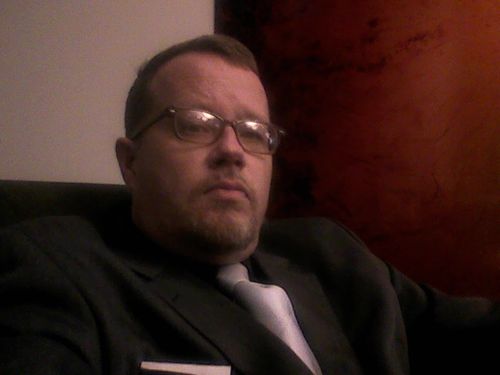