Well it’s a Friday night and here I am in the cigar shop. Thought I would be leaving early tonight but it seems like that is not going to happen. We’re not playing with a full deck, understaffed as it were. Raymond got the ax this morning.

Apparently the complaint from a customer about being rude was all about him. According to Calvin, Raymond tried to throw me under a bus. But with all the video cameras here in the shop, Marcus and Calvin deduced that that I was the one actually helping the customer and it was Raymond who came off badly with the customer.

The customer who thought he was treated badly did not mail a letter to headquarters in New England but instead wrote a letter to the ultimate headquarters in Geneva. Now with Raymond being on probation since June, this was the final straw. The straw that broke the camel’s back.

Raymond did help throw together an evening of classic boxing and since he’s no longer here I am taking his place which is quite funny since I know barely nothing about boxing that isn’t considered homoerotic. Joyce Carol Oates knows more about boxing than I do.

So I’m just standing around while the guys smoke and drink in the back. Outside the shop it’s Fashion Week and it sounds like a disco. Loud music and girls in fuck me pumps, looking like harlots. Which happens to be the shoes that harlots wear so it works out quite nicely for them I suppose.

I’m rushing through this, trying to get 500 words under my belt. It sucks what happened to Raymond, but what really sucks if what Calvin said is true that Raymond tried to get me fired. I can’t believe it, but right now, What Is Love playing,outside which I always associate with Saturday Night Live.

I did see Mos Def walking through trying to look invisible. It looks like I won’t get home until after midnight, since I also have to clean up this mess after the boxing match. It shouldn’t be too bad since there aren’t that many guys.

Most of the guys who said they were coming were Raymond’s Friends and now that he’s gone, he probably called up and said not to go. C’est la vie. Less mess.

I have less than 100 words to write. It’s loud outside the shop, sounds like 2 competing DJ’s going at it. Heard Bizarre Love Triangle by New Order and a bunch of other stuff thrown on top of that.

My second cousin Kerry is into fashion night and I suggested stopping by the store if she’s in the area but she’s downtown I believe and in any event I might be in the back of the store smoking a cigar if she shows up. I won’t be able to hear her above the din.

And that’’s over 500 words. Watched two halves of a Sugar Ray Leonard boxing match. One with Tommy Hearns and the other with Kulale from Uganda. After that, Calvin said I can get the food cleaned up and I could go home. Quite happy about that, for now I am home.

Writing this on Bill’s Mac since my computer is behaving quite strangely.
Now I’m back on my computer. 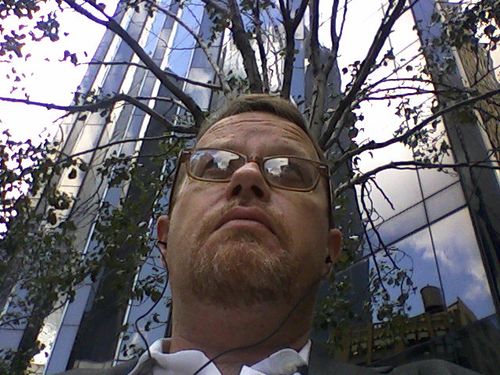