Written at work. 25 minutes to go. Xanax seems to help. Had to increase the dosage from half a tab to a whole tab. I’m working solo. Just counted the safe surreptitiously.

Usually one person mans the front and whomever counts the safe is safely hidden in the back. Well being the only person I did the counting with an ear for the chime that rings whenever someone breaks through the electric eye.

Last night I had a talk with Ray, a friend of Pedro’s I’ve known Ray for a while and though we’re not as close as he and Pedro, we do look out for each other.

Now written back in Hoboken.

Ray was a bit of a runaround back in the day but lately he’s been posting very positive messages on his Facebook page. Probably since he’s settled down since he now has a daughter that he may have seen some light causing the philosophical change of life.

I sent him a message the other day, asking him about his job. Turns out he’s been working at a boutique hotel in midtown. We spoke last night at midnight. He mentioned that there was a management takeover and some heads rolled.

He got my hopes up saying that there maybe a front desk position or a position taking reservations. It was a good talk and I hung up and went to bed feeling somewhat optimistic. Slept rather well too. No dreams that I can remember, but I haven’t had cannabis freed reams in a while.

Ahh the joys of self medicating. Bill was up and out by 6:00AM, leaving me to sleep until 8:30 when I eventually stirred. It wasn’t the usual 8:00 today and it hasn’t been for a week or so. I try to get as much sleep for myself lately.

Nice breakfast, the usual- coffee and cereal after a nice shower. Some time spent checking emails, drinking coffee and finishing up a cigar that I had started last night. It was so good that I even smoked it walking to the bus stop.

And since I wasn’t done with it, I let the early bus go by and waited for the second bus. I’ve written before that I haven’t been reading much at all on the bus headed into the city and I just zone out, staring out the window wondering how long Troy Towers will be precariously located on the side of the Palisades.

A trip through the Lincoln Tunnel, depositing me at the bus terminal where I walked through to the subway, taking routes that irrational people take. To my luck whether good or bad, the train was approaching the station as I stepped onto the platform and soon enough I was back in front of the store.

It was Marcus, Calvin and myself. I would be working with Calvin, effectively making me a prisoner of the store for an entire 10 hours. Due to their ineptitude I am not able to leave for my hour to myself. So I sat in the backroom, trying to bury my nose in a book.

Unfortunately the closet case opera singer came in with some of his buddies (who don’t know that the chubby old money dowager empress is in the closet) swishing his way about despite a false front of machismo. He has a son, he can’t be in the closet!

Still it’s not my place to out someone from their ample sized walk in closet. The day mainly passed by without incident. Calvin split at 7:30 and I was there, solo until 9-ish. My friend My friend stopped by and it was good to see him.

Perhaps the only bright spot in a dismal day. 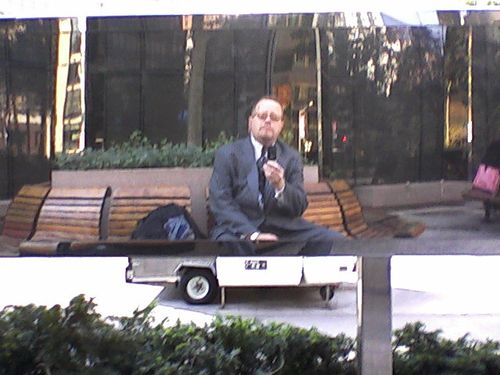 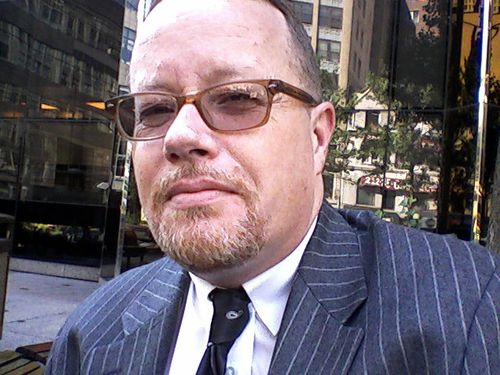