Man am I tired. It’s been a long day and the last two hours I was on my own. It was fairly busy too. Thanks to Calvin’s inept scheduling and Marcus refusing to get someone to help out for a few days until we get on our feet, it was a monstrous day.

Raymond would have worked with Don and myself today but since he was let go last Friday, it was down to Don and me.

I really don’t know how much longer I can take working at the cigar shop. I’m exhausted all the time, the hours suck, the pay sucks and trying to get 1/3 of 1% commission is ridiculous. And I don’t like who I am becoming.

I resent a lot of customers and hold a lot of people in contempt. I had some words with a customer about taxes. Some idiot saying that taxes were so high due to pension plans. I mentioned that taxes were needed to maintain roads and for education. He scoffed at that and I said in turn that I didn’t really give a shit if the roads fall apart since I don’t drive.

Even though I was unemployed and broke most of the time, I was happier then than I am now. Really, if any other job offer came through I would more than likely jump at it. I’d even work for the Susquehanna Investment Group if they would ask. I’d even hawk Sally Maurice’s Cafe Press items if there was an offer.

Many a time as I stand there counting money, some knucklehead pleads with me to let them in to buy a cigar. They tell me through the door they know what they want and it wouldn’t take a minute. But no. Once the store is closed it stays closed until I leave.

Tonight, I’m there counting money, about a thousand dollars in front of me. There’s a knock on the door. I look up.

It’s a woman. She says she’s a neighbor of the store. She’s smiling as she says it. I stand where I was and ask what can I do for her. She says she needs help. I ask why. What’s wrong? She says forget it and walks away.

I never saw her before and truth be told I don’t pay attention to most of the neighbors. Some neighbors I do know and speak with on occasion, but I never saw this one before. Perhaps she saw the money in front of me and wanted to get to know the cash better.

Anyway, she certainly didn’t look distressed. I didn’t pay it no mind and when she walked away, all I could do was laugh. When I left the store, I didn’t see her at all. There were a lot of police officers around since there was yet another bomb scare in the area and any one of them could have helped her if she needed assistance.

I also heard from Calvin who was calling in to see if everything was alright. He sounded a bit drunk. His drawl gets thicker when he drinks. He said that Marcus had gone by the shop and said it looked closed.

I was in a hurry answering the phone since I abandoned 3 customers in the humidor to answer his drunk dialing. I did try to call him back on my cellphone but he probably saw my area code and decided not to take the call. I didn’t leave a message.

Tomorrow it’s work again for me. I’m working with Sean. Don Birch is playing the Hebraic card once again and leaving as soon as I get in. So that means I have to do most of the work since Sean is usually staring into space or dealing with baby mama drama on the phone, or any of the other chicks that he’s currently trying to fuck.

Please, if there are any leads for work, preferably and 9 to 5 job, Monday through Friday I would appreciate hearing about it. 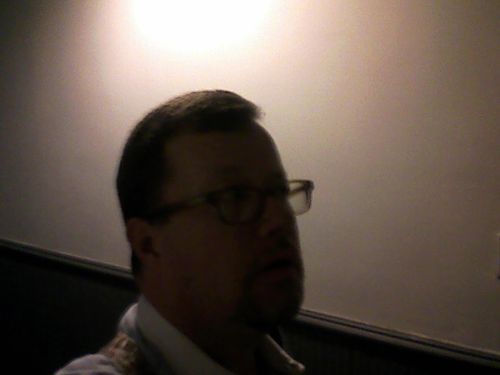