It’s Labor Day. I used to have off on Labor Day but not any more. Insert ‘At least you have a job mantra’ here. Yes yes, at least I have a job. But oh so tired.

Had to get up earlier than usual since the buses were running on a Sunday schedule and I was scheduled to be at the cigar shop at 9:30. Bill was coming in as I was going out and repeated the mantra which didn’t do me any good.

Decided to have some sort of breakfast in midtown Manhattan. Thought about the Cosmic Diner which used to be at 58th Street and Broadway, now it’s at 53rd and Eight Avenue. I looked at the menu and decided not to pay $7.00 for bacon and eggs.

Instead I walked another block and got a bacon and egg sandwich with a coffee for about $4.00. Still after that I had about 45 minutes to kill. Hardly anyone on the streets besides tourists.

I got to the cigar shop about 15 minutes early and took off my sneakers (it’s a casual day) and put on my dress shoes that I leave at the store for the weekend shifts.

I opened the store before Calvin and Don Birch made it in. Calvin is accustomed to working on holidays that everyone has off and was happy go lucky. He gently mocked my pessimistic attitude which was more in regards to being there so early, not so much the holiday since I had known about it for about a week already.

This part of the day crawled. It was quite slow, not much business going on. No bomb scares, no sanitation depot fires. Just ennui.

I did get a very nice cigar from Jorge Padron, of Padron Cigars. He’s in town for a special dinner tomorrow night and was kind enough to give me a 1926 Anniversario cigar which is quite good and a bit expensive, but free is good.

It was an early day nonetheless. The store was closing at 6:00 and I had an early lunch at 1:00. I called Annemarie who was busy making brownies and burning CD’s for some reason. Or making CD’s and burning brownies.

I came back from lunch, and found that I had all the difficult and pissy customers. Really irritating people who didn’t spend much money. As luck would have it, the next couple of hours flew by, not very fast but fast enough.

Calvin closed the store which allowed me to leave a little bit after 6:00. The sun was still out as I lit up a cigar and opted to walk to the Path train figuring the Lincoln Tunnel would be pack with cars all coming home from the Labor day weekend.

The Path wasn’t too crowded as I thought and listened to The Name of This Band is Talking Heads. The car did fill up by the time we got to Christopher Street and I buried my nose in the Andy Warhol biography.

When I was back in Hoboken I phoned Bill and suggested we order a pizza from Napoli’s since Grimaldi’s have fallen out of favor with us. And we just devoured it. It was quite good.

Now we’re watching Broadcast News which Bill had never seen before. It’s still a good movie and it holds up for me after repeated viewings. 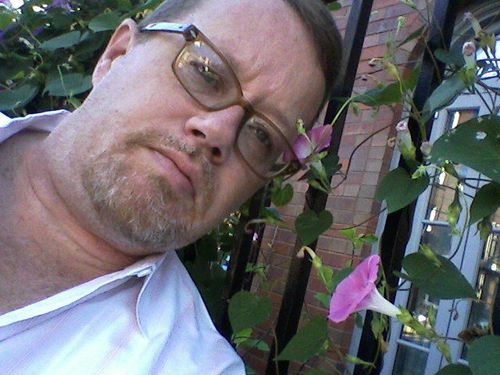