Well last night was mainly about coming down from having beers with Harpy. I hardly ever drink anymore, and rarely, if I do, drink during daylight hours. The ride home though relatively easy took a lot out of me. I was basically a zombie walking through the back streets of Hoboken headed back home. I think I did a good job of writing about Harpy. He was a bit concerned that I would be denigrating him somewhat, but that’s not my modus operandi. He was portrayed in a good light which should make Harpy happy. Couldn’t do much else after writing, I was that spent.

I watched TV of course, spoke with Juan who was up for his birthday, having dinner with his family. He was hoping to come over, and I basically told him the cut off point was 11:00 since I wasn’t sure what state of mind if any, I would be in. Bill phoned after last night’s performance of Pap Smear. It’s the final weekend, and he had a full house. He was awfully tired and not looking forward to sleeping on the sofa bed with it’s bar of pain, so he decided, despite his fatigue to walk down from 43rd street and Eighth Avenue to 14th street and Avenue C. He called me as he was walking, and if you know Bill you know how enthusiastic he can be. Well, being tired doesn’t matter because he can still talk quite a bit which was moving me into the arms of Morpheus, the god of dreams.

I was exhausted after that and continued watching TV. Stayed up late enough to watch Bill Maher, master of snarkiness. Juan called as it was ending, furious with his family. Major issues with his dad, who judging from what Juan had to say is a total jerk, putting it mildly, since he’s not my father. That was even more taxing on my conscious state, and I unfortunately had to cut him off since I was listening with one eye open, headed towards sleep. He was headed to his own personal Moscow, looking into a Czar position. He needed to vent and I needed to sleep so I told him to call me when he woke up.

I slept wonderfully, no middle of the night wake ups, sleep about 8 hours or so which was just fine. The sky was battleship gray so there was no trying to hide from the sun as I lay in bed. Slept until 9:00 and had some coffee, before realizing that I had very little to eat in way of breakfast. That meant going out and foraging. Bagels, yes, bagels were on the menu. And other food stuffs. Made it to the supermarket and bought a lot, proving the adage to be true, that you shouldn’t go food shopping when you’re hungry.

Laundry needed to be done and of course I forgot to buy detergent when I shopped. I had enough to get by. Juan instant messaged me, he was heading into the city to get some clothes and asked if I wanted to go. I nearly said no, then I realized, that I hardly ever do anything on weekends, and I rarely see Juan so I said yes. Met him at the Path train and we rode in to 34th street. It was crazy crowded but we navigated the crowds. The it was a hop to the village where Juan went to Urban Outfitters. I bought Juan two hot dogs and a grape drink at Papaya King. Back to Hoboken where I’m at now, Juan headed down to Ewing for more partying on his birthday weekend. So, it’s all good, isn’t it? 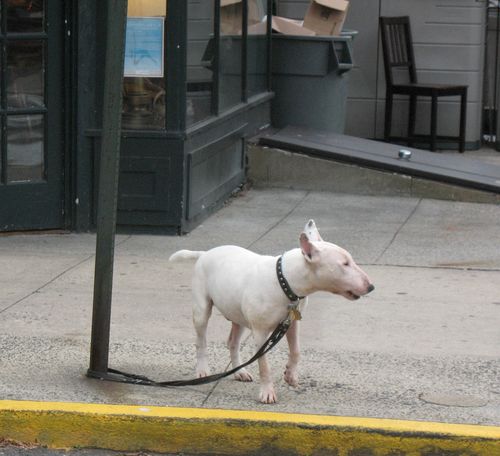 Did not want to get too close 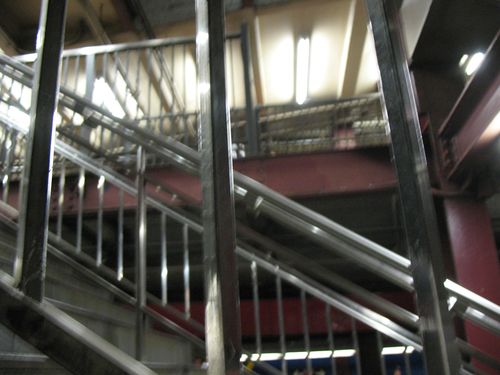 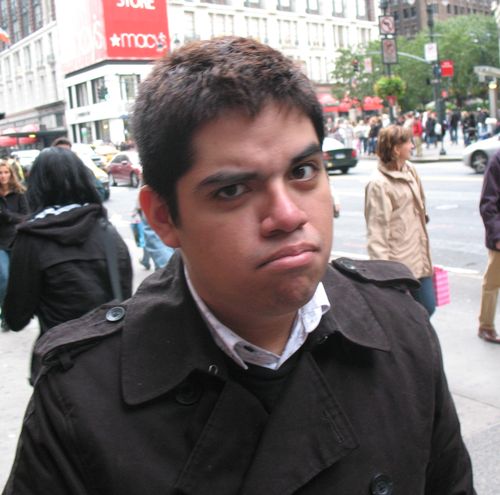 The Birthday Boy? Nay, The BIRTHDAY MAN!!!
Juan will more than likely hate this pic.