It’s a quiet Sunday. Last night was mellow mellow mellow. Yesterday before I met up with Juan I was watching Peter Jackson’s King Kong. I love the original movie, and love Peter Jackson’s version. Much better than Dino De Laurentis’ version in the seventies at the World Trade Center. That was pretty cheesy and doesn’t hold up, though when I was a kid, wearing Sears Roebuck acrylic sweaters and polyester pants I did love it. 30 years later it’s an embarrassment, though it does show New York in the seventies which is always fun to watch. But the special effects in the latest version are really great enough to get my palms sweating during various literal cliffhanging scenes.

I knew how it ended and I left when Adam Brody/Bruce Cabot/Jeff Bridges finds Naomi Watts/Faye Wray/Jessica Lange at King Kong’s mountain top lair. I couldn’t bear to watch the big ape die again, for it was beauty that killed the beast. I wouldn’t mind owing it on DVD. After the Manhattan excursion with Juan I settled into the comfortable rut in my apartment. It’s literally a rut, the wheels on my computer chair seem to have an inlaid track on the white tiled floor.

Another movie from my childhood was on, Close Encounters of the Third Kind. I’m pretty sure I saw this with my brother Frank and his wife Elaine in 1978. Maybe even my mother came along. I do recall it was at the Stanley Warner theater on Route 4 in Paramus. Another movie I loved, even with brother Frank’s conspiracy theories about what was what in the movie echoing in my head. The whole subtext of politics in the seventies cinema. I think most everyone who enjoyed watching Close Encounters in the theater in 1978 wanted to be abducted by aliens and would go in a minute if given the chance. Say goodbye to everything and everyone and go amongst the stars.

Then after that I watched a documentary on The Who. I was a Who fan, but not too rabid. I enjoyed a lot of their stuff, saw them live at Madison Square Garden after Keith Moon died, and found them really dull. Not at all what I expected, but then again I wasn’t myself having come thisclose to being outed by my brother Brian who I had a fight with while I waited for brother Frank to pick me up and drive into the city. Brian threatened to tell our parents about those filthy magazines under my bed. I hyperventilated. He was a real asshole back then. He’s gotten better since. Anyway, the Who’s documentary, Amazing Journey was cool to watch, it was on VH1 classics. Just like the Beatles, they’re 2 up and 2 down.

Then came Saturday Night Live, hosted by Brian Williams with music by Feist. Both very good. Brian Williams has a pretty good sense of humor, despite being a news anchor. He’s been on the Daily Show and Conan O’Brien and proved his mettle there. Feist who was in the new iPhone commercial, 1,2,3,4 that song. Well she did that song ably and her second song was just as good. I would rate last night’s SNL an A- .

Finally received the benefit of Daylight Savings, that extra hour of sleep. Enabled me to sleep later, thought about what Bill had said earlier in the week, going to meet him at his church with his mother, but since he never brought up the issue again, I didn’t either. I don’t think he went to church in any event, he took his mother to see his father in the nursing home. I ran into Julio and Stine this morning as they were off to see his family. I wandered around Hoboken this afternoon and took some rather hum drum pics. And here they are. 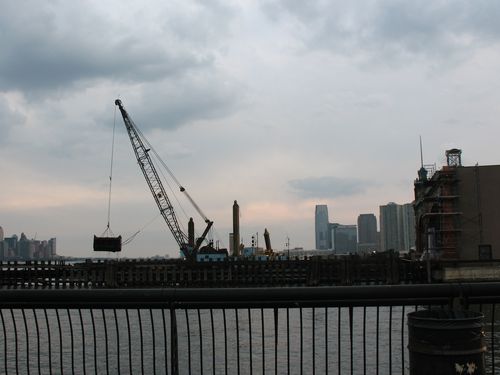 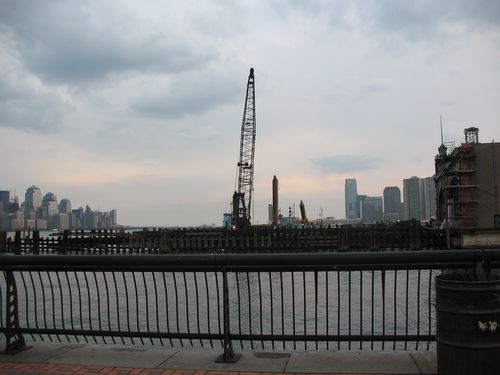 more of the same 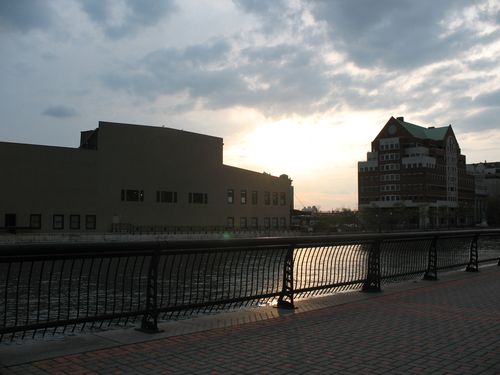