Sunday. And a quiet and cold day it is. A truly lazy day. Didn’t do much of anything today. Just chilled out, and napped quite a bit. A lot was recovery from last night. Juan finally made it over and many beers were consumed. Sleep was good but uneasy. Bill and I watched Talk to Me starring Don Cheadle. He bought it earlier in the day and surprised me with it. Still a good movie, we had seen it in the theater over the summer when Billie was up from DC. Billie remembered Petey Green since Billie grew up in DC when most of the story was going on. Don Cheadle sounds a lot like Billie sometimes, working that DC accent. ‘I may be crazy, but I’m not that crazy’. And Bill and I loved the woman who played Petey’s woman.

It was an uneasy sleep like I said, due to the beer. But still I slept. Bill was up and out, first to make sure his mother took her medication, then to go to church. I stirred around 11:00 which wasn’t so bad. Needed food and on a Sunday morning food means bagels. So after showering and some coffee I headed out into the cold morning. Beautiful day, but cold at 36 degrees. Also needed some more groceries, and that was achieved with a minimum of speech. I was grateful that I didn’t need to actually speak to anyone since I wasn’t in the mood. I was hungry and a bit hungover which could be a lethal combination to mess with.

Came home, ate some breakfast, washed some dishes, read the papers and took a nap which was interrupted by my sister Annemarie. Her husband Rex may have been in the background in a documentary on the Sundance Channel about food co-ops. At least that’s what brother Frank told sister Annemarie. I didn’t see the show but I will keep an eye out for Rex if I ever see the show. According to Annemarie, she had taken me to the food co-op when I visited Arcata in 2001 but I wasn’t too impressed and preferred the supermarket, which sounds like me. Probably couldn’t find any crap at the food co-op and the supermarket was more exotic to me.

After the phone call I tried to nap some more, but really couldn’t. So I’m reading the newest Mojo magazine with Led Zeppelin on the cover. I wouldn’t mind winning the contest to see them perform in London. Not that I’m much of a Led Zeppelin fan. I like maybe 15 of their songs which I’ve compiled on my iPod. But still if I won, me being selected out of the millions of entries, it would be a kick to get to London for free. Ahh but who would I take? Perhaps one of the readers of this blog? That’s about five candidates, one or two of them, that I know of would be able to go with me. But I’m getting ahead of myself aren’t I?

Here’s some pics from today, all taken from my bedroom window. Lazy! 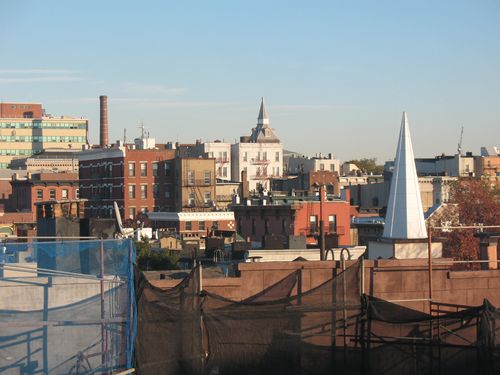 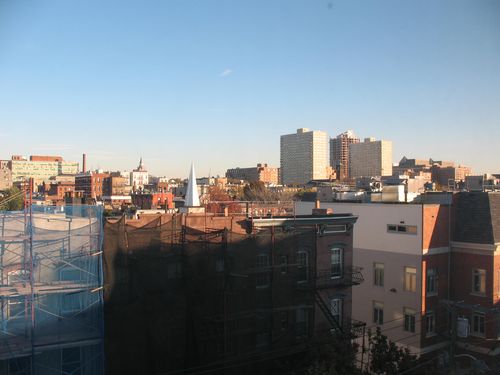 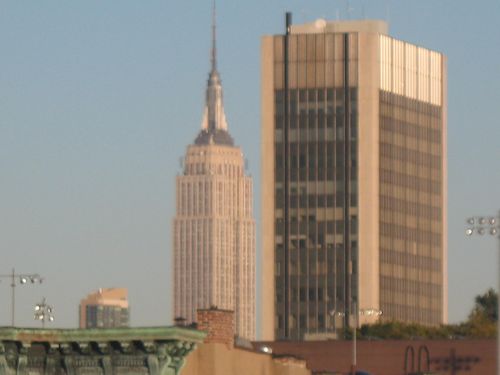 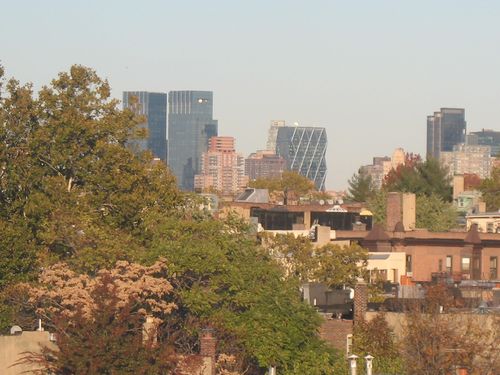 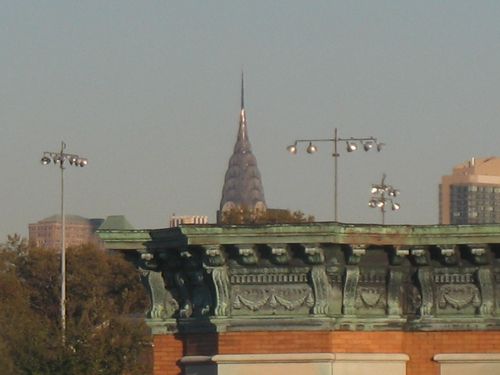 and now, some foliage 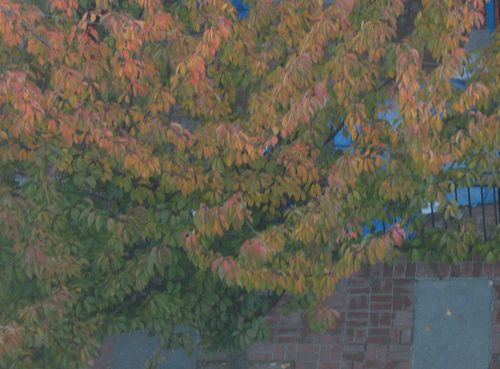