It’s Wednesday I think. Can’t really tell. Just had an eye exam a few weeks ago and my pupils are still dilated and I can’t really read. Tried pulling out Grand Illusion, the Ghouliani book I’m almost finished with and it was all lines on a paper, couldn’t make out what the words said. I got the gist of it though. Rudy sucks and is a nasty primadonna bitch. Still I hope to be literate once again by tomorrow, or even later would be good. It seems to be getting better, the eyesight that is. I mean, I am writing this aren’t I?

Anyway my eye exam was the first in like four years or so and my eyes haven’t gotten any better and not much worse. They tell me I have 20/60 eyesight, I haven’t had 20/20 eyesight in decades. I think I got a nice pair of frames too, a decent price for a piece of plastic. I avoided the branding, no Chanel, no D&G, Versace, Prada or nonsense like that. I’ll wear someone else’s name on my person, only if they’re paying me to advertise their brand. They’re not so I don’t. Though I did see a video of Brian Eno wearing a pair of Prada specs, but he can afford them. Me, not so much.

Last night I came home, Bill took my advice, took two Tylenol PM. He’s such a light weight that it knocked him out for most of the night, only stumbling past me around 9:00 to go to the loo. I watched Everybody Hates Chris and Aliens in America which I had recorded. Both cute, both erased afterward. Then I watched the Sex Pistols on Jay Leno (not literally) and on Craig Ferguson’s show. ON Leno they did Anarchy in the UK and on Craig Ferguson they did Pretty Vacant. Johnny Rotten still has what it takes, giving a shout out to Ron Paul on the Tonight Show and having a funny interview with Craig Ferguson. Sort of like watching two out of three members of Alcoholics Anonymous.

Work was work. Nothing special. Busy enough though. Natalie, who replaced Carla gave notice that Friday is her last day. That sucks but she wants to spend more time with her boyfriend, he works nights and weekends, she doesn’t. They moved up here from Washington DC and she hasn’t made any friends yet. I would’ve been her friend but she’s leaving so that ain’t going to happen. She’s leaving, also claiming she’s not making enough money so she’s going to wait tables in a restaurant on the lower east side. That’s where the money is. Oh to be able to make mistakes when you’re in your twenties. Still I wish her well.

I also have to restrain myself from getting into arguments with people on line. Sometimes I just get too involved and thats when the excrement hits the air distribution device. Today I got kicked out of a yahoo file sharing group. I signed up under a different name and even started a yahoo email account with the group moderators name. So if you get an email from korydiazthang@yahoo.com, chance are it’s from me. Don’t be afraid, just say, ‘Hola Kory Diaz!’

Here’s some pics of me, before and during the dilated pupils. 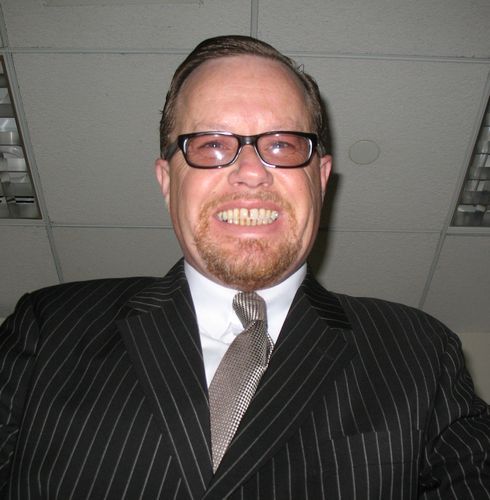 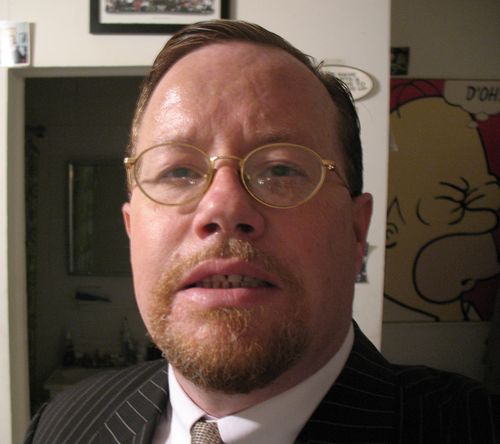 During, with older glasses 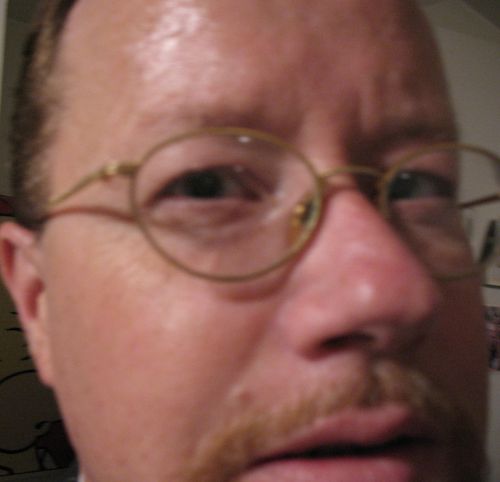 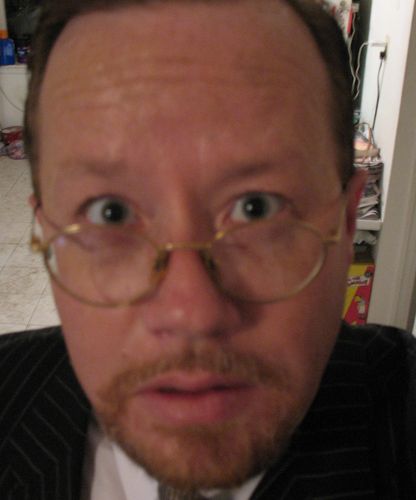 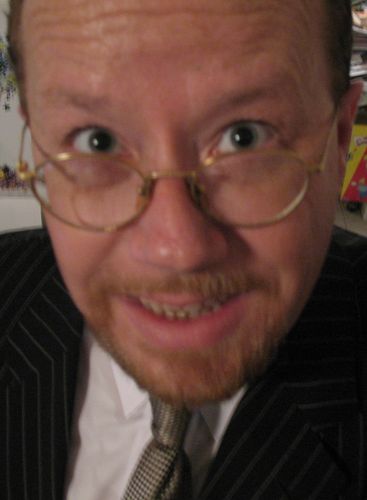 and the stupid voters in NJ voted AGAINST Stem Cell Research.