Right now, about an hour after I posted last night. Watching The War on PBS and just realized that it would have been something if my father were alive and if he watched it, to be able to talk about it to me and my brothers and sister. Perhaps it would have been another chance at a chink in his armor, to get him to talk to us like we were his peers, not his children. But perhaps he did talk to them as adults and he only talked to me like I was retarded all the time. I certainly felt retarded in his presence and greatly resented him for it. I wonder if they are watching this at the VFW Post 3484 in Saddle Brook. Not with so many choices on cable I bet. Plus all the veterans that my father hung out with are more than likely dead. Jim Fox, Dutch Schaffer, Eddie the Greek all faded away like the soldiers they were. I’m sort of at an age, where my cell rings and I see who it is and I think, oh no, something has happened.

That was last night. Got sucked into The War again obviously. Nothing else was on. It’s been a good series. I think it was the last episode. Not that it matters since it’s in my Netflix queue. Bill called during The War, about to go to sleep, dreading the sofa bed, I suggested he sleep on the sofa itself and instead of taking 2 Tylenol PM, take one, since he was worried that he wouldn’t wake up at 5:00 like he planned to. It really didn’t matter since when I heard from him this morning he didn’t sleep well at all. He said he was happy that I at least had a good night’s sleep. Tonight he’s coming back so he’ll have a good night of sleep as well.

Got up once again at 6:18. That’s what it said on my clock which is about 10 minutes fast. I try to fool myself by that, and since I’ve been doing that for so long, if I actually moved it to the correct time, I’m afraid my body won’t get the message and I’ll be late and unlike some people I can’t stand being late. Ahem. Work was ok. I looked like an idiot at one point when Vivek asked me for a file he gave me to hide so no one would go through it and I hid it so well I didn’t remember where it was. I did find it eventually but he was just looking at my desk and it was a mess, but it was a mess since I was going crazy looking for the file.

Another thing was that Natalie left early claiming illness. Tomorrow was supposed to be her last day, but I think it might actually been today. I told her if she wasn’t feeling well to not come in tomorrow. She really turned into a pain in the ass quite quickly. I called up her agency to let them know we won’t need her tomorrow and to send a replacement. One won’t be available until Monday which was fine. I figured out today that she didn’t need to leave early last week to have an exterminator at her apartment. She had a job interview. And now I know how it feels, since last year I was constantly thinking up excuses to get out of McMann and Tate, going on interviews or just killing grandparents when I’d need a day off.

Chatting with Song about his suit. He has a presentation tomorrow, or maybe today. He’s in Sydney which might be across the International Date Line. I’m sure he’ll do well, he has a nice suit.

That’s it. Here’s some pics. 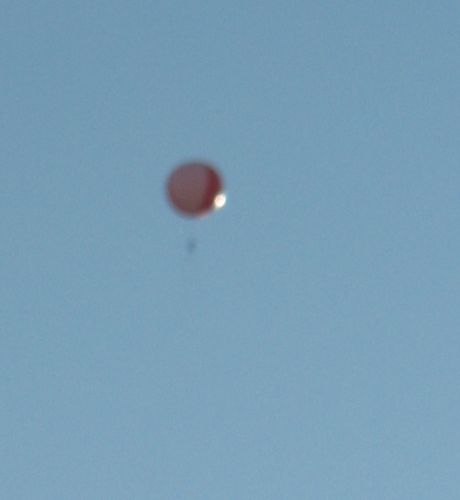 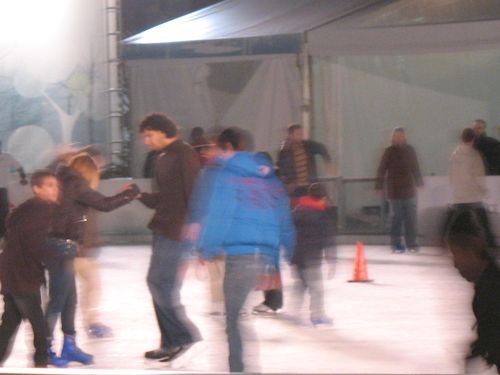 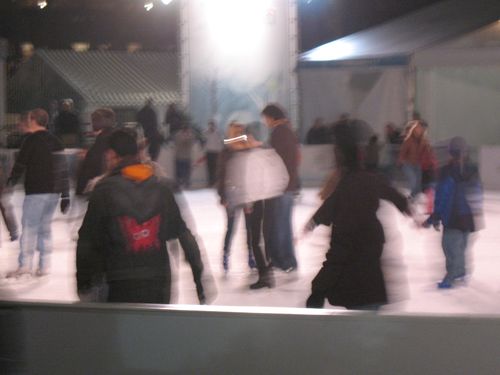 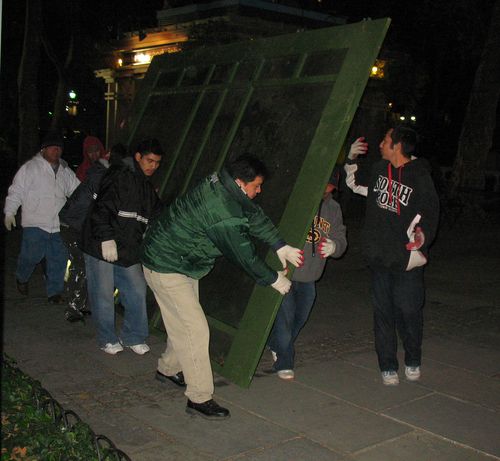 Setting up the vendor fair for the holidays in Bryant Park