Drizzly Tuesday. Last night was pretty good. Watched Chuck, recorded Everybody Hates Chris and Aliens in America, which I haven’t watched yet. Chuck was good and I realized what sets it apart from other shows is that there is an element of humor in it. Chuck sort of looks like John Krasinski, Jim from the Office. And with a little research I found that Adam Baldwin, not one of the brothers Baldwin, played the title role in that Chris Makepeace tour de force, My Bodyguard. I think what will be revealed is that Chuck’s whole family is part of the CIA, which will explain the mother gone AWOL years ago. Just Chuck and his sister and I bet she too is a spy, but since it’s all cloak and dagger stuff it should all be revealed when the Writer’s Guild of America wins their strike and gets back to work.

Heroes has gotten a little bit better. Milo V was stripped down and showered but of course we didn’t get to see that much, just that Milo V has a really nice body, which was usually covered up when he was on Gilmore Girls. Mind Reading Bear got a chance to get back at his father, the Nightmare man. 21st Century Schizoid Woman might be dying, Hiro got out of Japan circa 1600’s. The odd thing about Milo V’s character, is that he can shoot beams out of his hands, he can fly, move things with his mind, but loses all of his powers when he is forced to take a shower. I bet Comic Book Guy would have something to say about that. ‘Worst. Plot line. Ever.’

Weeds was of course, excellent. Where will it lead to? Nancy looks like she’s ally herself with the Chicanos against the bikers who smacked up Nancy’s son Silas. The bikers are muscling in and trying to take over Nancy’s turf. Of course, since she has all relatively good yet weak people, the Chicanos look like they would be able to back Nancy up, especially since the leader has a thing for Nancy and Nancy might feel inclined to requite those feelings.

Bill came home during Heroes, exhausted and sounding like Harvey Fierstein again. He crashed after Weeds and I soon went to bed after him. At around 3:00 I was awoken by the sound of a panicked Bill. He was quite certain that his mother had died. Since it was 3:00 in the morning he couldn’t call, but he felt so certain. I initially thought that he was talking about his father, and suggested he call the nursing home, but as it was his mother, there would be no point in that. Neither one of us slept that well after that. Well, I didn’t sleep that well, Bill lay there wondering if his mother was still alive.

He was off to work a few hours after that, totally in a state of near shock. He did call me later on in the morning, letting me know that he was wrong his mother was still alive. Bill didn’t understand where he got the idea that his mother passed away so I explained to him that it was his subconscious coming to the surface while he was sleeping and his fears and worries came to the foreground.

Today was election day and I voted in favor of stem cell research. Hopefully the majority of other voters in this Garden State will agree with me. I didn’t vote for any politicians, just voted on the public questions.

Music-wise today it was all about the Who. After watching Amazing Journey 1.5 times over the past couple of days, it was inevitable. Here’s a clip of the Who doing one of their best songs.

I thought this was very funny, despite it having David Spade in it
PART ONE: TO CATCH A CRIMINAL David Spade & Todd Glass

Add to My Profile | More Videos

and from the net today…. 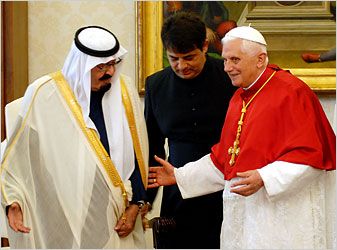 “Oh my god! I almost wore the same thing!”