Finally it’s Friday. No actually it’s Wednesday. The day before Thanksgiving. This time many years ago, my mother would be peeling apples at the dining room table in preparation for apple pies. I would occasionally help, sprinkling sugar on the apples, and I would usually get carried away and start eating the sugar out of the sugar bowl. That probably could explain a lot about the state of my teeth. I would sometimes eat spoonfuls of sugar, just to see if it made the medicine go down in the most delightful way. I never stayed around for the medicine, the sugar would usually just make me vibrate and eventually crash. I always wanted to be able to vibrate my way through walls much like the Flash in the comic books, but the walls wouldn’t let me in and would leave me bruised and confused with a sweet tooth wanting more more more.

I was quite a comic book addict when I was a kid, stealing quarters from my father’s money jug, where he would empty his pocket change each night when he would get home from work. Before he got home though, I would lift the jug and out would come the change. I would scoop up what I though was an amount that wouldn’t be missed and walk over to the Rochelle Park Delicatessen and make my purchases. Eventually my father found out about my skimming, or as he would refer to it, stealing and I would get the crap knocked out of me. I wouldn’t have thought about it if I didn’t see my brother Brian doing it first.

On occasion I would help Freddie Cilantro with his paper route and he would pay me in soda and comic books. Then brother Brian and his pal John Ninnetta hassled Freddie and my newspaper career was over. Why they hassled Freddie, I had no idea. Both my brothers, Frank and Brian had paper routes. I never wanted one, though my parents felt it would build character and I eventually was suckered into delivering the Shopper, one of the free newspapers that were given out in Lodi. Each week I’d get several hundred newspapers, and several hundred bags and have to fold the papers into the bags, then deliver them somehow. An old rusty shopping cart was found and I would push it around, throwing newspapers onto stoops or into bushes. I wasn’t a very good paper boy and the distributors reported my errant deliveries so that ended my career, leaving me with not much in the character department.

A friend of brother Brian’s, Scott Malone was almost molested one time when he was collecting for his paper route. Some guy invited him in and supposedly made a move causing Scott to run out of there. I was intrigued and it was decided that it would probably be a good idea if I didn’t have the paper route anymore. Plus I got pink eye a few times, from rubbing my eyes with my ink stained hands. It wasn’t worth the $3.00 each week, not that I ever saw the money. I think it went into my father’s jug.

This is what was up in Hoboken today. 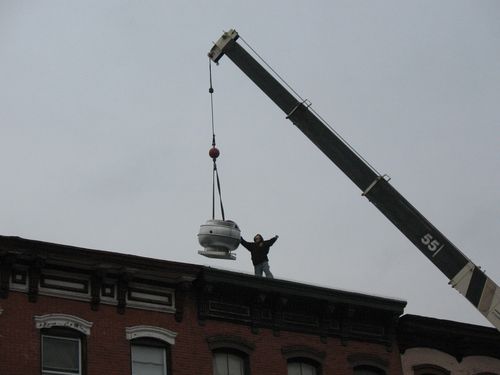 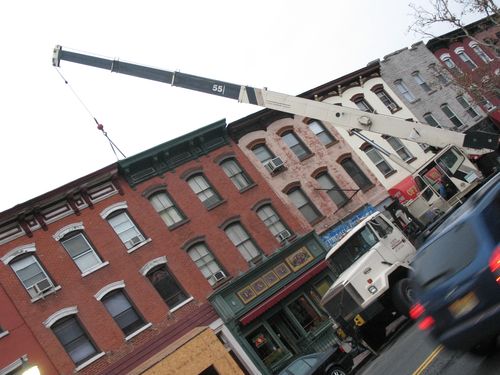 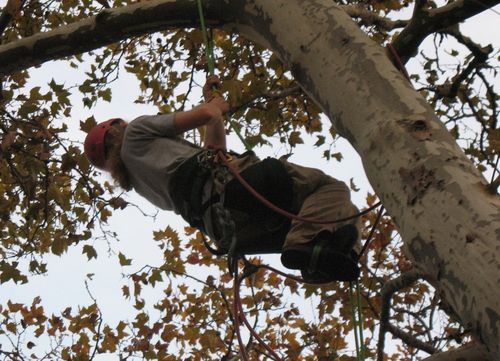 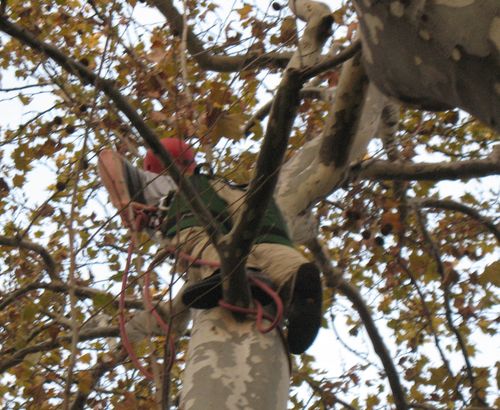 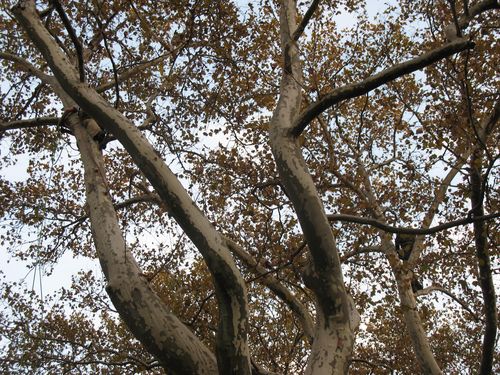 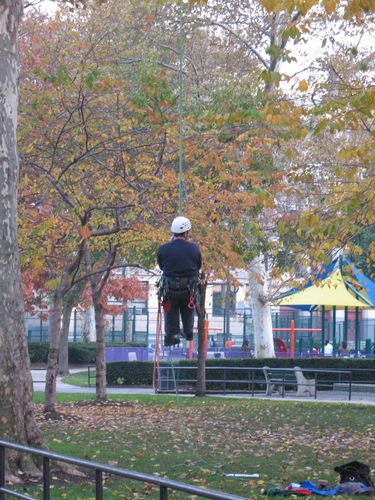 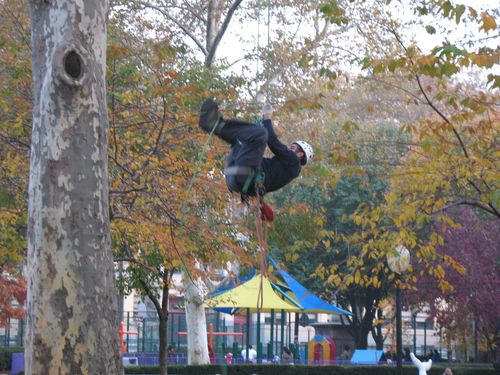 The tree guys. I asked them if they were there for business or pleasure (you never know). They were on business, looking for the Asian Long Horned Beetle.

Thanks to Harpy and Song with their suggestions. They worked and I’m happy.