Well like the title says, I finally got myself together. I actually left the apartment, left the block, left the city of Hoboken and headed into Manhattan. I think I would have climbed the walls if I stayed in again. I didn’t have as clear a plan as I did yesterday, everything was open to be changed. Didn’t know whether or not I’d take the bus in and then the subway, or just hop on the Path train to 14th Street. I didn’t make my mind up until I got to the Path train where a crowded train was awaiting me on the platform.

I have had problems the past few days knowing what day of the week it was. Thursday felt like Saturday, making Friday seem like Sunday, making Saturday and Sunday quite confusing. Last night was alright for fighting, being Saturday and all. But no fights were in order. More time in front of the cathode tube, Bill and I watched a Paul Mooney comedy special. I put it on, Bill didn’t even know it was on. I figured he’d enjoy it since he definitely likes the stand up comedians, and it turned out I made the right decision.

Paul Mooney was pretty funny and I bet Pedro would like it as well, if he has Showtime that is. Then Juan made it over in time to watch a repeat of 30 Rock which of course was pretty funny. Bill went to bed after that and Juan and I watched Weeds which I had recorded for moments like this. He missed the season so it was catching up on three episodes before I had to kick Juan out so I could get some sleep. It was good to watch again and I caught a few things that I missed the first time I saw it.

Slept really well and was awoken by Bill shuffling off to church. I roused myself and showered and soon enough I was mingling with the hoi polloi, bagels, newspapers, and oblivious supermarket cashiers. Came home and before you knew it, I had read the papers. Nothing to read about the Scott McClellan bombshell the other day, implicating the administration in the outing of Valerie Plame. You would think this would be something that the liberal media that you’ve heard so much about would be all over like white on rice, but no, it’s been buried. I even posted on the NY Daily News discussion group, me with three or four entries and one other guy holding up the administration’s lies about how Valerie Plame was a desk jockey at Langley, VA. That was the extent of the discussion sadly enough. Not much else anywhere about it as far as I could tell.

Walking around the city was ok, 14th Street not as crowded as I thought it would be. Wandered around Virgin for a while, stopped by Farfetched for a few minutes, saw Harpy and Lois, eventually having a Padron and walking up to 33rd Street to get a seat on the Path train, while talking to Annemarie on the cellphone. Would have been great if she was in town, but she wasn’t so the cellphone was the next best thing to having her next to me walking up Broadway. Now I’m home, cooking dinner for Bill, eliminating the mess that usually happens. All in all a nice end to a nice weekend, wouldn’t you say?

Oh, here are some pics. 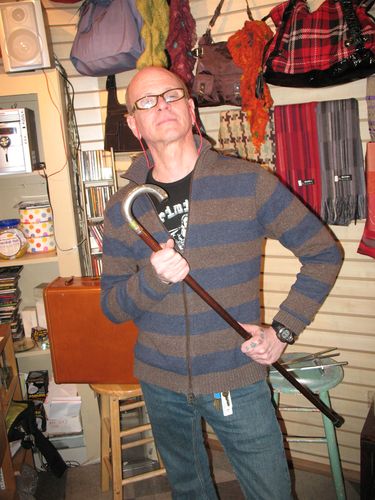 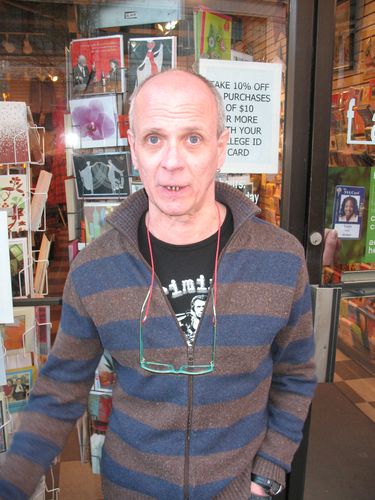 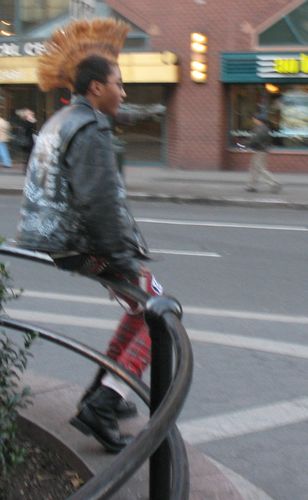 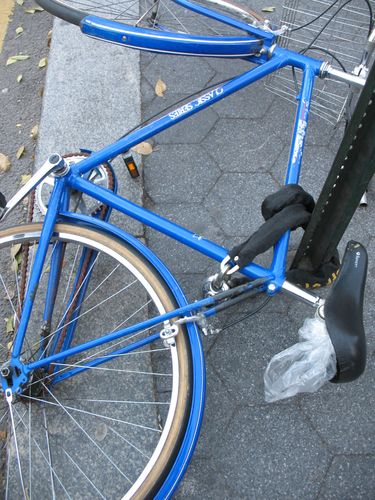 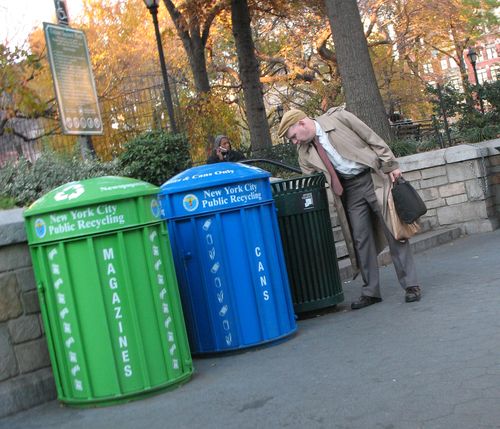 Looking for the newspapers 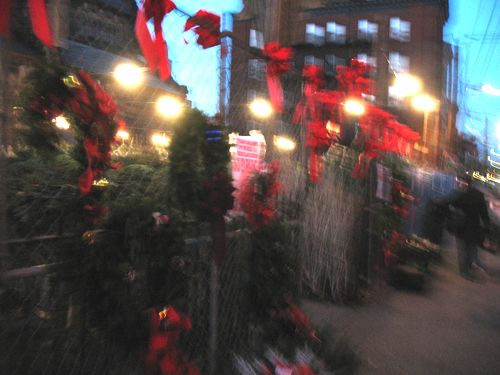