Well so far it has been a pretty good Saturday. Just finished editing a load of pictures that I had taken while roaming the art galleries of Chelsea. I was so tired after seeing Sly and the Family Stone last night, and it wasn’t being wiped out from the hi energy funk of Sly, because there was no energy at all. I guess we were all standing on the verge of getting it on, to quote George Clinton and Funkadelic. I neglected to mention when Sly said into the mike, “I’m an old man and I gotta pee.” Awesome!

I think Pete Townshend said it best about a great rock and roll concert, you forget for a few moments who and where you are, and I know that’s happened to me only a few times. Offhand I can think of a couple, once with REM at McSwells and twice with Me’ Shell Ndegeocello, and of course Paul McCartney, but that was more than likely Beatlemania. Sorry, Ringo but it didn’t happen when I saw you at Bryant Park a few years ago. It didn’t happen last night, no fault of Chaz, who was great company, or rather I was his company and hopefully I lived up to whatever expectations he might have had. Ready to shake some booty, we wound up deprived and left funkless.

Just standing for a few hours wiped me out and definitely had no problem sleeping last night. I was awoken by the sound of jackhammers working two doors down again, I doubt they’ll be working on Sunday, at least I hope. Today I obviously got up, had coffee and didn’t shave again then went out and interacted with the world via commerce. Saw Linda at the supermarket who reminded Annemarie of our grandmother, not that I would remember, she is always a pleasure to deal with. Just wanted to mention that. She says hi and that she’s doing fine. Then I settled down for a nice breakfast, read the papers then I got started on the laundry. I watched a Robert Greenwald documentary about Halliburton called Iraq For Sale. Quite good and terribly infuriating. We’ve been fleeced and we are all wearing the blue dress.

Tomorrow was promising to be be cold and wet so today would be the day to go out and do something. I decided to go to Chelsea and see the Banksy exhibition. He’s an artist (he’d probably deny that) from the UK, who is selling some of his stuff here. As I was getting ready to go I get a phone call from Pedro inviting me up to Otisville to watch the boxing match tonight. I love it when he calls. He usually says ‘Whats up Negress?’ but lately it’s been ‘Ayo bitch’ I say ‘What’s going on fuckhead?’ That’s generally how our conversations start and finish though today I just called him an idiot and hung up. I headed out the door and headed to the bus stop.

There I got a call from Julio who was sitting in a car watching me, but wouldn’t say where he was. Mr. Funny and Unnerving he was. Got me laughing while trying to figure out where he was. I hung up once I got on the bus, neglecting to call Julio an idiot and settled into the seat with the most leg room in the back so my legs would be properly accommodated. Yes I had it like that this afternoon. Walked down to 27th street and got in line to see the Banksy show. It was a small place so they were only letting people in four at a time once four others had left. I saw what I needed to see and took a few pictures, setting me off to go camera crazy and wind up visiting a few other galleries in the area eventually taking 143 pictures.

I was headed back home a little while after that, tired again from all that walking around, yet I was happy I got out and about and saw some new exciting things. I got to do that more often, perhaps one Saturday a month, just head into the city and check out galleries. I used to do that a lot. It’s great to see what other people are doing from around the world, get some ideas, some inspiration. It’s like volunteer work for the soul, though I guess that would depend on the art.

Here are some pics. I’ll be posting others in the Photos Page listed on the right…..

What I woke up to… 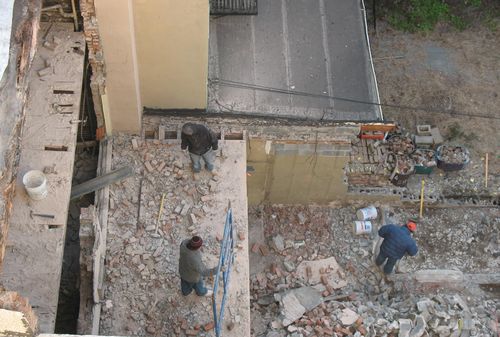 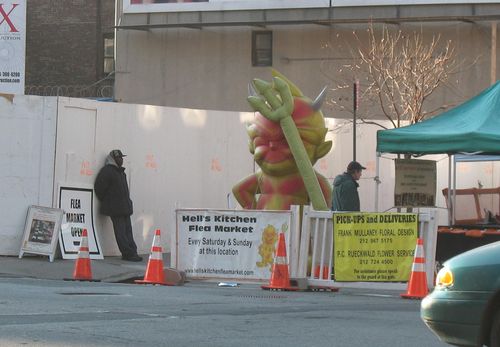 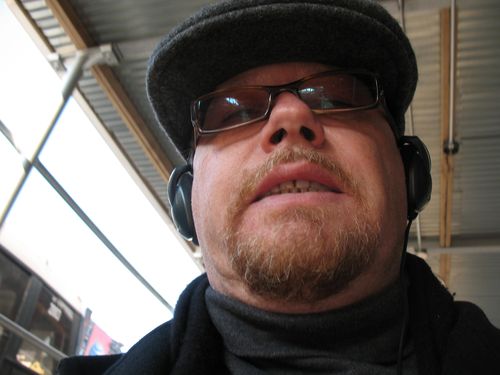 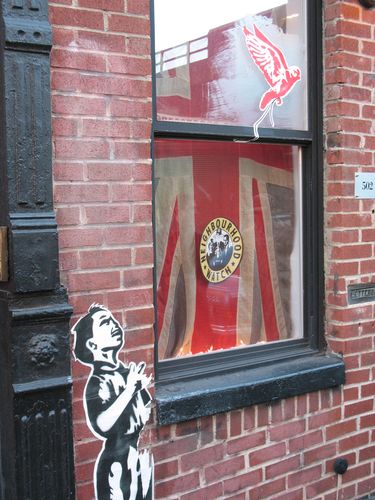 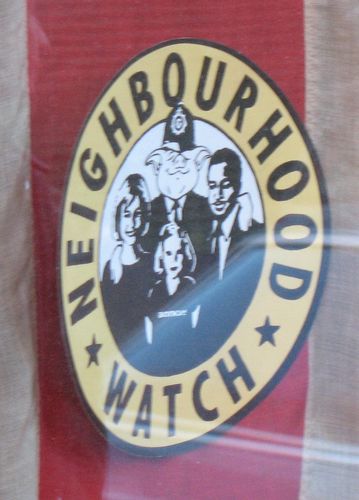 POLITE LINE – DO NOT BE CROSS 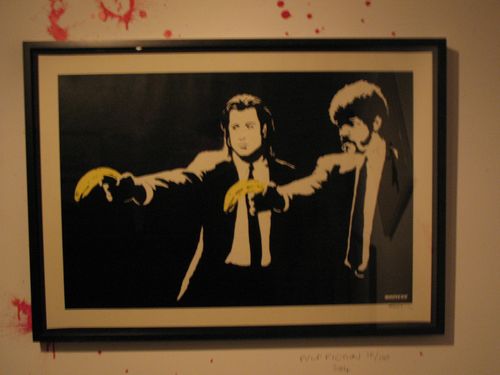 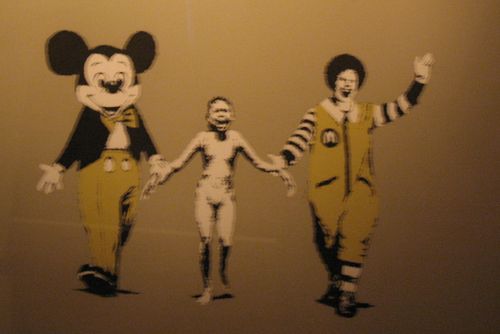 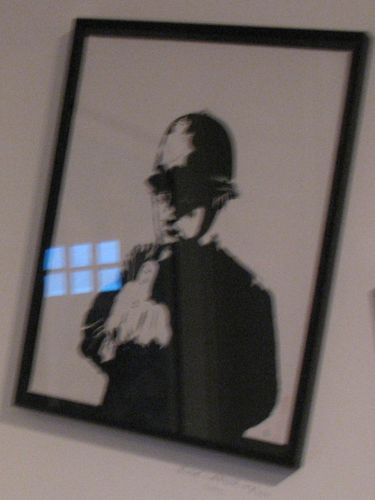 others in the Photos Page listed on the right…..