A quiet day, this Saturday is. Slept ok, missed Bill snoring away. Last night just watched the telly. Nothing really to report, since nothing was really on, but then again, there hardly ever is. Blah blah, preaching to the choir I know. Last night’s blog was a bit angry towards the end wasn’t it? I can tell by all the comments that most of you didn’t have anything to say about it. That is what I come to expect I suppose.

Perhaps if I introduced some game so people would check in everyday to see what is going on. Something like Wingo, where each day a series of numbers are listed and you have to see if the numbers posted match the numbers you have. But since this is all online and there aren’t any numbers to give away, I guess it would only work if you could guess the numbers I am thinking of. And what would be a suitable prize? No cash prize, sorry, gets too messy and complicated and it’s true, money changes everything.

Perhaps I could write a blog involving the winning person, a fictionalized biography of whomever won. Totally unauthorized, of course, because that’s the way I roll you see. I can turn your dreary life and change it into something totally scandalous. And if you have a scandalous life to begin with, well then I would simply make it rather dreary. Or maybe the winner could have dinner with me. Or a coffee perhaps, or even a pint somewhere. Of course since I would be picking up the tab (you can leave the tip) the setting would be my choice.

Spending the day with me might also be enticing since it would grant the opportunity to see the word become flesh, meaning you get to be with me and see how each day plays out, and more importantly, you might just see what I don’t write about. Which most of the time is scandalous. How about a visit to Harpy’s abode up in Washington Heights? Exotic and fascinating to see a friend limp about his apartment. It would definitely make you think twice about running down subway stairs.

Or perhaps you might prefer a tour of midtown Manhattan’s holiday decorations. You could see the Rockefeller Center Christmas tree, a tree unlike any other tree in Rockefeller Center. We could watch skaters go around in circles, before walking over to look at the windows at Saks Fifth Avenue. Then a walk down Fifth to see the Lord and Taylor windows, or a walk up to 57th Street to look at the big illuminated crystal snowflake hanging at the intersection of 57th and Fifth.

Then if you would like, we can take the Path train or a bus to Hoboken. I know this is all heady stuff and would require a commitment on both our parts, so you can think about it and get back to me later. Let me know, I’ll more than likely be around. The rest of course, is up to you.

Here are some pics of tonight’s sunset in Hoboken. 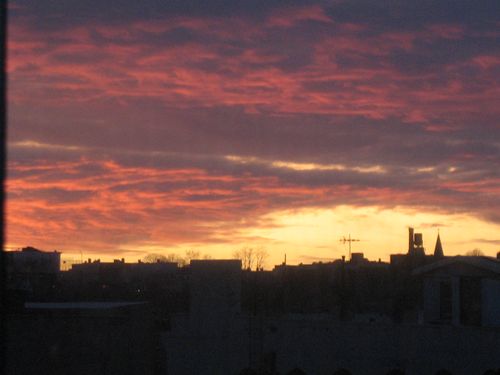 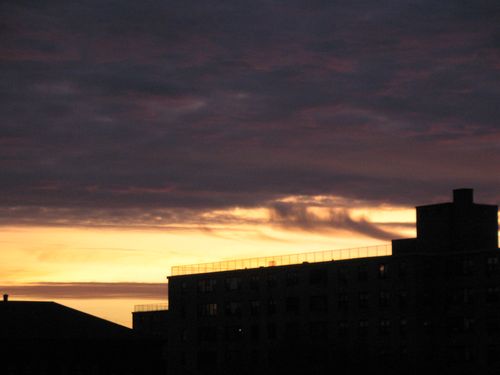 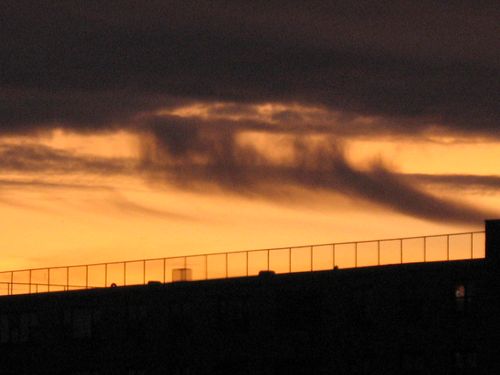 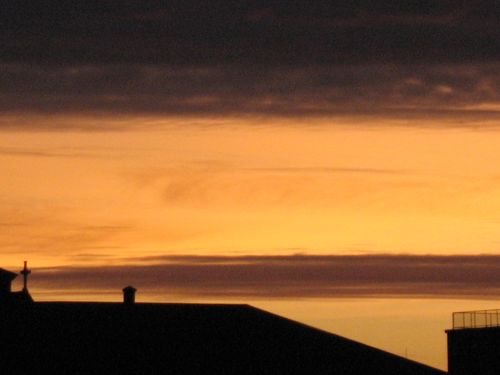