Aah, just watched one of my favorite episodes of the Simpsons. A holiday episode, concerning Bart getting caught shoplifting at the Try-N-Save. I’ve loved this one since I first saw it 10 years ago. Really a brilliant episode. It’s been a busy 48 hours. Bill and I traveled to Hillsdale last night to spend Christmas Eve at brother Brian’s house with his wife Karen, and their kids, Hillary, Brian & Cassie. They’ve been running the Christmas Eve shebang since my mother passed away in 1991. It’s been fun, though sometimes fraught with tension while my father was above ground.

It’s an interesting gathering, usually some tension, and it’s been a crazy year what with brother Frank’s stroke, Meghan’s wedding and insane shit with most everyone involved, one way or another. Since there are things that are extremely private I won’t get into it, I’ll just focus on the fun things. It’s good to see my brother Brian. We have a special bond, perhaps even an understanding having grown up together under the same roof. Once they were able to fly the coop on Riverview Avenue, Frank and Annemarie did just that. So it was Brian and myself a lot of the time, and it wasn’t always pleasant. Things are more than 100% better now, and that’s something that we’re both grateful for. A number of years ago Brian took part in a men’s group, with his church and each participant had to write about themselves and their families and to read them aloud.

Growing up there were always things to read so it was no surprise that Brian could put his feelings in words, he just doesn’t do it at all. Actually, none of them do. I’m the only one, at least the only one to write almost everyday. They’re not exhibitionists I suppose. The things Brian wrote about me were incisive, nailed some aspects of meself that took me years to realize and come to terms with them as truthful. I do, do my own thing, always have apparently. Marching to the beat of a drummer only I can hear and it’s effortless, not a conscious decision and Brian was one of the first, perhaps the first to see that. Brian is a really great guy and I love him very much.

Twice when we were growing up, I came to his rescue when he was being beaten up in a fight. One I grabbed a steel rod and started swinging it getting between whomever it was, most likely George Babanko, and another time I was swinging a bicycle cable lock. Both times I saved Brian’s ass and both times Brian repaid me by smacking me around. It was humiliating for him to be rescue by his 5 years younger brother. That was the relationship for a long time. Then there was the aspect of our father but that’s a whole nother thing.

Bill and I got to Hillsdale around 7PM and had an excellent meal, not the usual pasta, but actually roast pork, which I hadn’t eaten in decades but it wasn’t the Sabbath so I guess it was okie dokie. It was good anyway. Frank and Elaine with Meg and Rob and Cory showed up and soon there was the annual flurry of presents, wrapping paper and oohs and aahs. We left around 11:00, Bill getting drowsy and we were back in Hoboken by midnight. Bill soon went to sleep, then Juan showed up looking tres sharp. We hung out and watched 28 Weeks Later which was ok.

Me and zombies, well we just don’t get along. My nephew Earl got me the Zombie Survival Guide which is a great thing to have and every household should have one. There were quite a few things in the movie which obviously should not have been done plot wise, but if that were there case there wouldn’t be much of a movie then would there? Maybe I take this zombie thing a little too seriously. Anyway it did not give me bad dreams which a good zombie movie would.

Today Bill was up and running to his family to give out their presents. I farted around the apartment and talking on the phone to various friends and family. Bill came back and we were off to Garfield, where we had dinner with Frank and Elaine. Meg and Rob had gone to his family and Cory off to dinner with her boyfriend. It was sort of like old times when I would hang out with Frank and Elaine when they lived a block or two from my parents house. Bill wasn’t there then but here now, and we watched Sweeney Todd, the Angela Lansbury/George Hearn version. More pork too. Swine over two days. There goes my Muslim angle. Still not my favorite food but obviously I’ll eat it if its in front of me. No longer the kind to turn my nose up and push the plate away. We couldn’t stay for the whole musical, we needed to get the car back in Hoboken by 6:00.

All in all a nice couple days wouldn’t you say?. 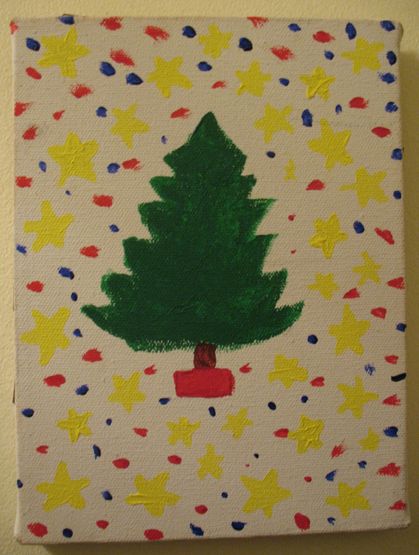