Didn’t write last night and judging by all the emails I received (read: NONE) I was surely missed. Actually more like surely mist. Last night was the party at Bill’s law firm. I wasn’t too sure whether or not I would be admitted, but of course had it all planned out. Then there was the weather to contend with. It was sleeting out and quite windy and icy. That held up a few people coming into work and promised to make going home difficult too.

There’s been a lot of tension in the office this week, none of it was my doing, but of course I was affected by it as were other people. Someone may be getting the ax, and I don’t think it’s me. I’m pretty sure it’s one of the Three Stooges. It’s funny though since two of the stooges have been friendly lately. They even asked me out for beers this afternoon, but I decided not to go, having had a few pints last night, and I really don’t like to drink during the day. I don’t know when that started but I prefer to get my drink on once the sun goes down. Unless I’m at the beach or hanging out with Harry. Or Pedro. Ok, it depends on who’s asking me for a drink. There. Happy?

Yesterday while getting my lunch in the sleet I had my Putman Livell umbrella, big red and white golf umbrella I was walking back to the office when I see Danny Putman walking down the street. His office is across the street from mine and I see him from time to time. He liked me when I worked for him and when we see each other he usually says keep in touch as we walk away from each other. This time I saw him, he didn’t see me and I didn’t care to chat. I had an umbrella, he didn’t and he was getting wet in the cold icy rain. I had to laugh as I passed him since his name was on my umbrella. I imagined him wrestling me for it and me shouting for him to get off, ‘You’re name’s not on it!’ but in all actuality, his name was on it. I also saw two other people I used to work with yesterday, one I said hello to but didn’t remember her name but commented that she looked great since she was pregnant. I would have said the same thing even if she wasn’t pregnant.

The day crawled, and with the rain it seemed even slower. Eventually I made my way across town to Bill’s office, making it there before 6:00 as the plan was planned. I gained admittance into the very big building on Times Square. Met Bill at his desk where I stowed my gear and Bill and I made it down to the party in the cafeteria. It was a good time, Bill introduced me to so many people that I forgot their names. It was sweet though, Bill introduced me as his partner and his coworkers seemed all very happy to see me. Had some appetizers then we started drinking Guinness which instantly replaced food.

At one point Bill and I went down to the street so I could have a smoke. There I saw yet another former coworker who’s name I could not remember. He didn’t see me so I just let him pass without any awkward introductions. We got back upstairs, the DJ started playing dance tunes, which according to Bill are the same dance tunes he plays every year. Bill danced with his coworkers I held up the wall talking to a couple of Bill’s friends. Eventually, Bill and I split having been there for about three and a half hours. Bill all sweaty from flipping and flopping on the dance floor. It really is a good time to watch Bill dance, he just loses himself. Bill was going to book a town car to take us home, on his dime, but I suggested just taking the bus since we were so close anyhow and he needed to watch his spending. Ha! Me, counseling someone on their spending habits! Ain’t that a kick in the head?

And now, some pics….

The view from the party 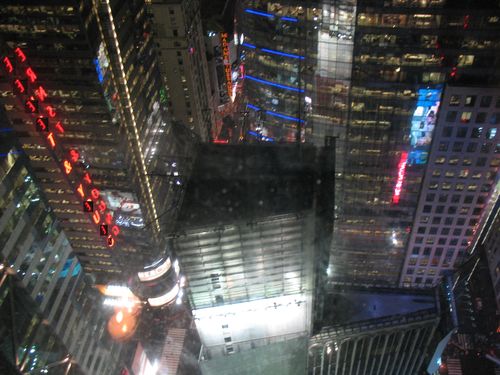 I just love this pic. It reminds me of what I love about Bill. 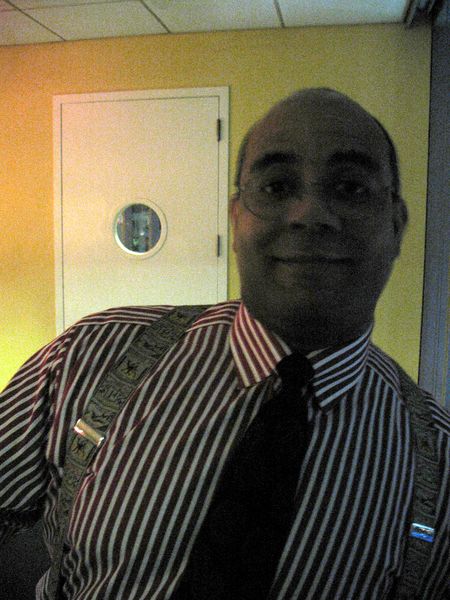 Me photographed by Bill talking to Billie in DC 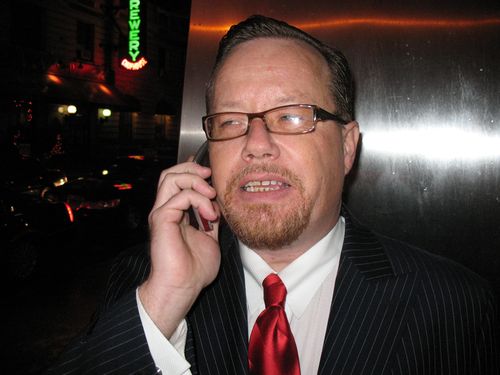 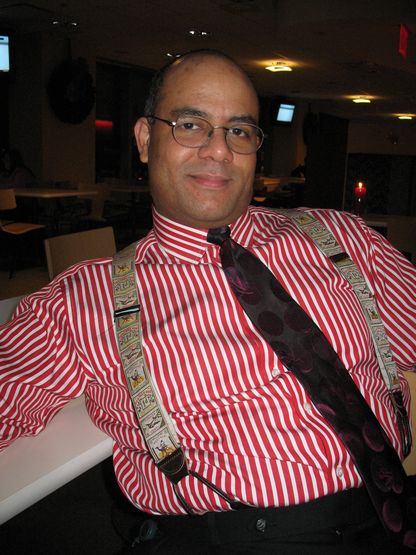 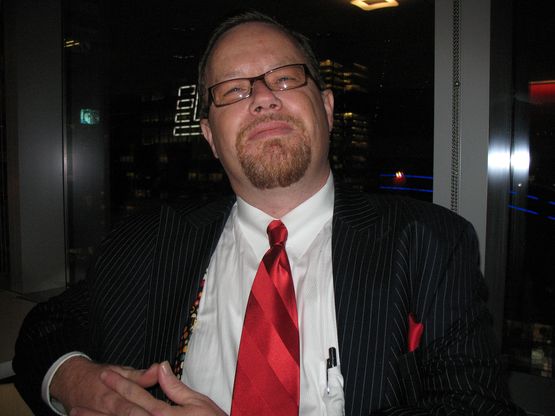 Bill on the dance floor 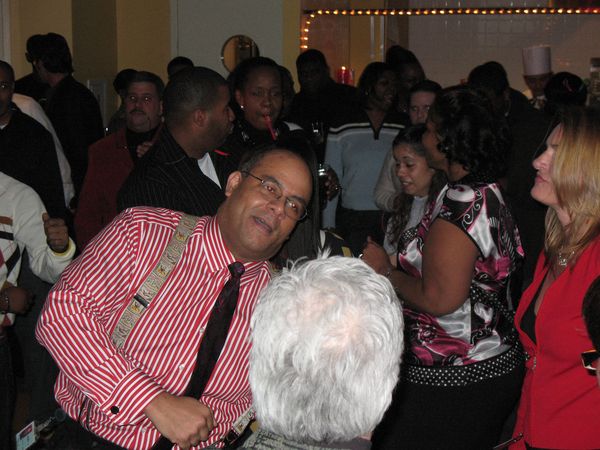 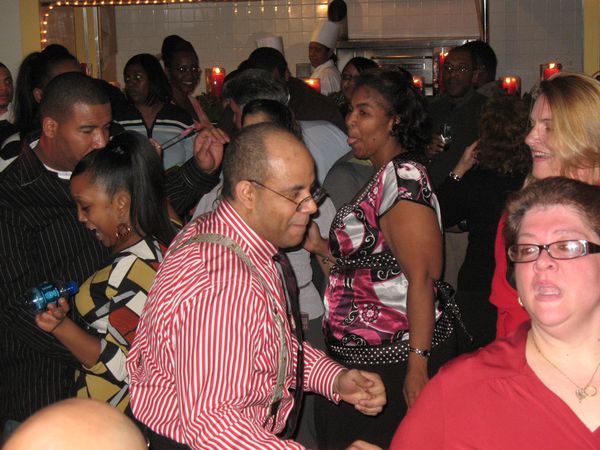 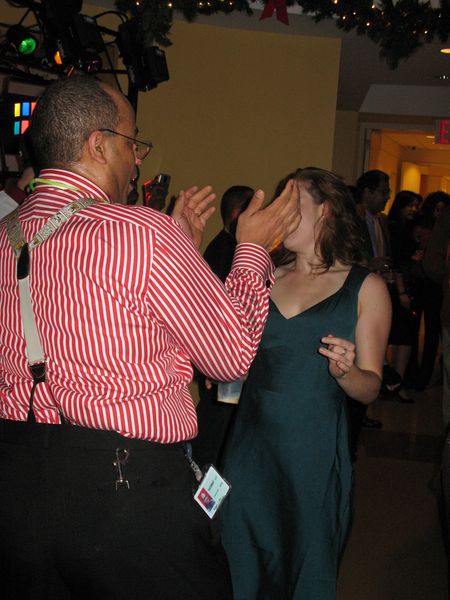 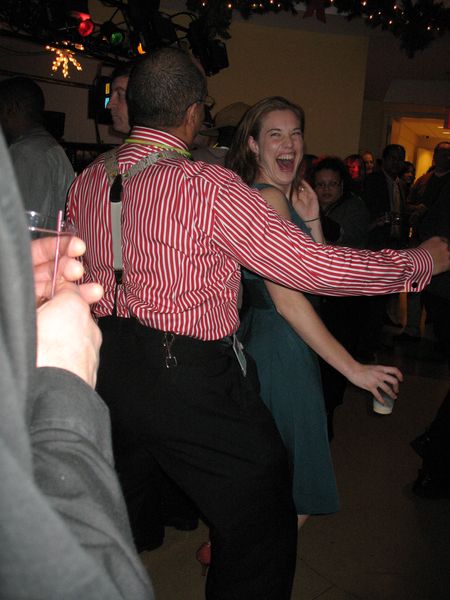 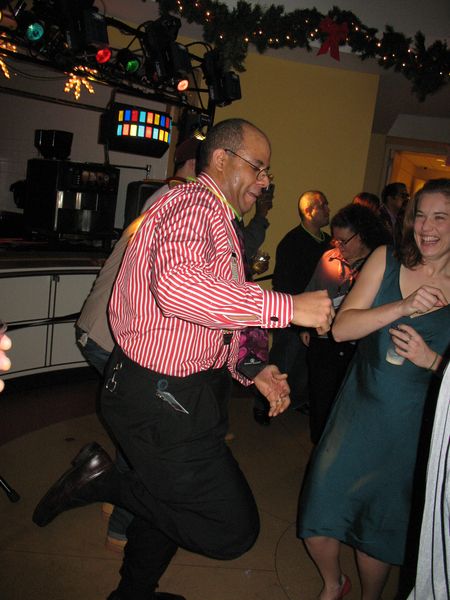