A Sunday spent mainly indoors. Not a bad way, considering that now it’s 30 degrees outside and that’s the highest it’s been all day as far as I can tell. Yesterday was ok, nothing much to report, nothing much in the way of replies either. So much for that. There was a plan to meet up with Rand for a drink at McSwells around 8:00. Bill showed up around 7:00 just to run in and get his boots before he went back to his mother’s apartment. I texted Rand to let him know I was going to be there at 8:30 instead, so I might be able to spend some more time with Bill.

But Bill was in and out and his visit was about 15 minutes. That was ok, he has to do what he has to do, and it freed me up some more time so I wouldn’t have to hustle and get ready to go out. I walked up to McSwells, listening to the iPod which I put on shuffle. Oddly enough two Paul McCartney songs came up, followed by a Beatles track. Got to McSwells, Rand wasn’t there. I was proofed at the door and the door guy didn’t recognize my id, being a NJ State ID, it doesn’t look authentic, but it is. I mentioned that I used to work there and the door guy put a yellow wrist band on my hairy wrist. Ouch.

I had a quick pint then ran out for a quick smoke. Rand was turning the corner midway through the smoke and we went inside. The timing was perfect because as soon as we both walked in, two seats opened up at the crowded bar. Four or five bands were playing last night, and the crowd would ebb and flow like the tide between acts. We had some catching up to do since I hadn’t seen Rand in a few months it seemed. Perhaps even longer than that. We mainly communicate through texting each other these days. He’s busy, and I guess I’m lazy.

Still it was good to hang out over drinks and share a plate of French fries. I did ask Rand if he wanted to go back to my place which was probably the first time I had ever said that in a bar in any sense, sexually or platonically and in any event the idea was turned down. After a few pints and me stepping out for two more smokes, we settled out bill which was quite low, considering the amount we drank, and tipped extravagantly. I was home by 11:30, and watched a bit of SNL, though about 45 minutes into it, I started to feel the effects of the Guinness and decided it would be best to go to sleep, rather than watch a repeat from last year.

Slept better than I did the night before and woke up to snow falling outside the window. Took me by surprise since I was expecting the snow until later in the day. I got myself together and headed out, calling Julio to see if he and Stine and her parents wanted any bagels. He was a bit groggy after having gone and seen Momma Mia last night with his wife and in laws on Broadway. Got the bagels and headed home and haven’t been out since. I don’t think I missed anything. Do you?

And here are some pics of the snow in Hoboken….. 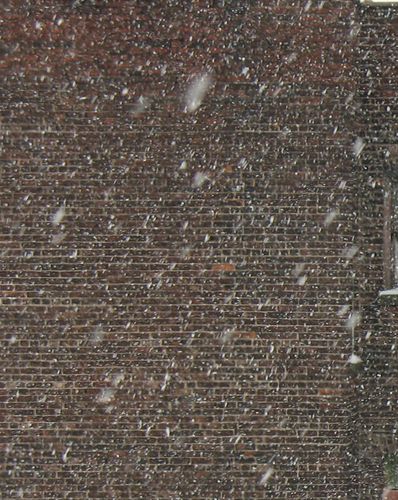 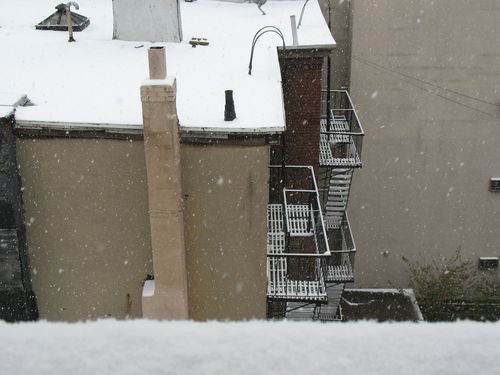 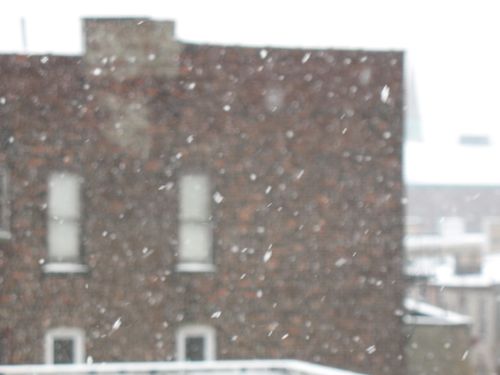 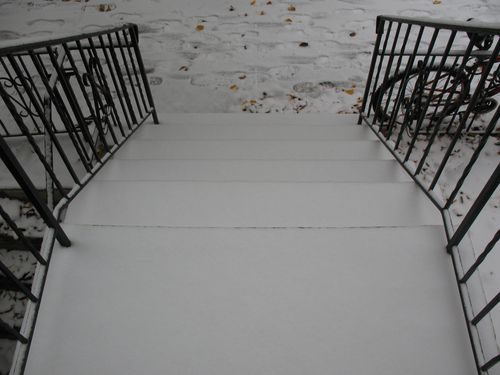 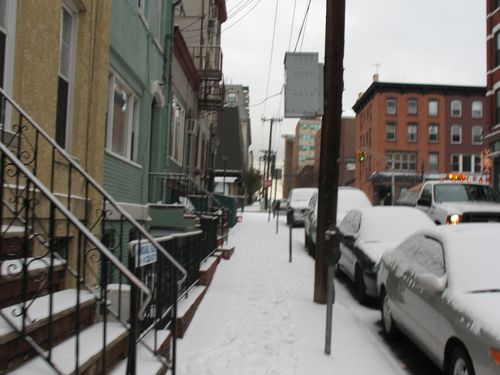 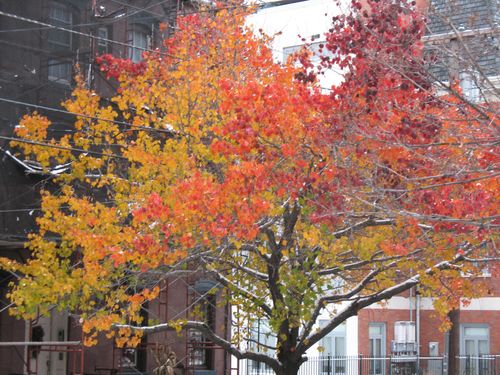 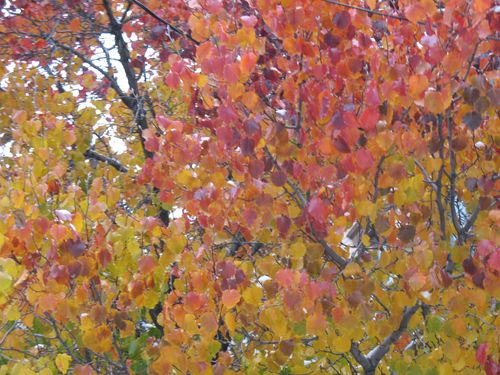