Yes, you know what day it is. The sacred Hump day. Which of course, once again coincides with a Holy Day of Obligation, Ash Wednesday. I woke up, Bill awake already. He was so thankful that I had gone to the laundromat for him last night. It would have screwed up today considerably so I did him a humongous favor by doing that. That’s me, Mr. Nice Guy. Usually the guy at the end of the line, finishing last, but still I do what I do regardless of line placement. I don’t care, just a deposit in the Karma Bank.

Got another phone call today from my brother Frank. He was calling to let me know a neighbor from our old neighborhood passed away. Kay Benkovich was 88 years old. Her husband John B. passed away in the eighties I believe. She lived directly across the street from my family. Next door was a playground where we would play stick ball or punch ball if we couldn’t find a stick. Invariably the ball would fly over Kay’s fence and she’d never give the ball back until later in the year when the backyard would be cleaned. Sometimes the balls would come back all chewed up by Patches, their dog.

I never held any grudge against Kay. She always treated me fine and it was hardly ever my ball that would fly over the fence. I do recall one Christmas she had given me a toy, two plastic tubes, segmented inside with marbles inside. The point of it was to get the marbles from one end to the other. It was a simple toy and I was a simple boy. After my father passed away and we sold the house, I kept in touch with a Christmas card each year, carefully printing my name out in large letters so she wouldn’t strain her eyes. She’d always send one in return.

Work was the usual situation, data entry, special requests from President Naomi. They are impressed with my work ethic, something that really didn’t exist 20 years ago. At some point during the day, my old pal Miriam called up. I hadn’t seen Miriam in quite a while, maybe a year. She’s married now and due to have a baby on April 19. Miriam and I were buddies under the canopy of jazz cigarettes and a love of reggae music. We had gone to many shows together.

We also used to fight like cats and dogs. I met her when I was working at Skyline Studios where I was the receptionist and she was an assistant engineer. One time she was involved in a meeting where her attitude was called into question. She had quite a chip on her shoulder back then. After the meeting I busted her about the meeting and probably not busting her in a good way. She picked up a yellow Sony Tape recorder and threw it at my head. It missed and we went to our corners. Soon enough though we were smoking and listening to Burning Spear and hanging out with the Rastas again.

It was great to see her if only for fifteen minutes. The day started out with a death notice and ended with seeing Miriam and touching her belly with a baby inside. Here are some Miriam pictures. 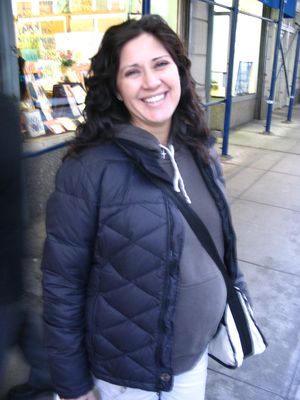 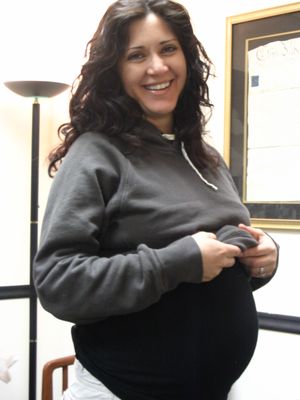