One day left in the work week and it is also my brother in law, Rex’s birthday so HAPPY BIRTHDAY REX! I don’t think he reads this blog so I’ll leave it to Annemarie to forward the greeting though I am planning to call at 10:00PM. It’s been a quiet day. I woke up and did the usual only today I was able to use my own computer like I am doing right now. I went over to Rand’s and picked it up last night and then had Bill do the finishing touches on the wireless. He did that and then went to bed and I chatted with Juan and another friend in North Carolina before heading off to bed.

I slept ok, deep sleep but the space between my shoulder blades ached somewhat. Nothing that a few minutes under the hot shower couldn’t fix. I had some cereal and coffee and a banana and checked my emails as the day began and the Today show started. Soon enough I was out on the street waiting for the bus. Some woman got on right before and took my favorite seat, but strangely enough she sat on top of the wheel well which is an uncomfortable place to sit. But hey it was her choice. I sat in front of her and read I, Claudius.

I’m definitely not as stressed out going to work like I was at McMann and Tate. I enjoy the bus ride, especially when I have my special seat. I get to sit and read and I do enjoy walking through midtown on my way to work. For some reason I just don’t like working in the Village or Soho. I like to help out my friends at Farfetched but most every job I had in the hipster parts of town have been annoying. I guess the lesson learned is not to work below 14th Street. I enjoy my coworkers and I like wearing a suit and tie again, but it feels different since not wearing one for nine months.

Data entry sure is mindless repetitive drudgery but I don’t mind it. I think it would be safe to say that my employment at McMann and Tate really did my head in. It’s taking me longer than usual to write this tonight because I am constantly distracted by Ugly Betty as well as various doohickeys on the computer. Rand installed a lot of new programs and deleted others and added iTunes 7. That in itself is a handful.

Trying to figure out whats what in the iTunes is confusing. Easy things that I used to do on iTunes 6 aren’t so easy now. I’m sure I’ll find the positives outweighing the negatives soon enough but I want it now. It’s probably going to be very cold this weekend. Too cold to go out and do anything so I’ll sit in front of the computer and try to figure it out. I also have some Dvd’s from Netflix, The Concert for Bangladesh and John and Yoko on the Dick Cavett Show from September 11, 1971.

And then there’s the laundry. No need to write this weekend since I spelled it all out. 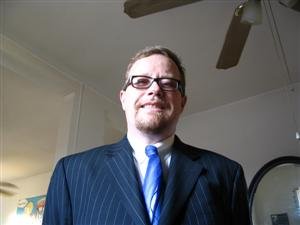 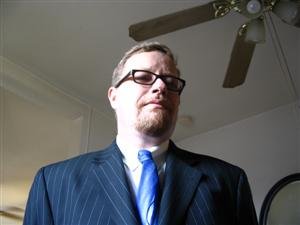