Ugh. So bored. And I’ve been busy but during downtime, like now, now comes the ennui. I did some laundry, scrubbed the bathroom and watched two really bad movies that I rented on Netflix. Running with Scissors and Hollywoodland. Both very uninspiring. I read Running With Scissors and enjoyed it very much but still had difficult with it. I also expected Augusten Burroughs to be more bear-like. He;s not. He’s skinny and has a whiny voice. So much for hanging out with him har har. The kid who plays Augusten, Joseph Cross, is really good. And Evan Rachel Wood as well.

The whole cast is good basically. But the story is harrowing and meandering and definitely not as funny as the book which was also twisted in it’s own way. I suppose it could be categorized as a fictionalized memoir, like Dave Eggers stuff. I compare the two because I read them both around the same time at the turn of the century, so they will be forever linked in my mind for all eternity, or at least until I forget about them. I guess I’m wishy washy about Augusten Burroughs. Not jealous, no way. Who would want to go down that road if it’s true anyhow?

Brian Cox is good, Annette Bening is very good at playing psycho drugged up mom, Gwyneth Paltrow is flighty, Joseph Fiennes is creepy and Jill Clayburgh looks like hell. Alec Baldwin is in it and looks great, he’s about the only sane one, playing Augusten’s dad, who unfortunately is not there for his son. A pharmacological Addams Family in the 1970’s. I definitely do not recommend this movie, even if you have a chance to see it for free, don’t. Don’t say I didn’t warn you in case you do.

Hollywoodland was film number two and rather slow though Diane Lane is always good to watch. Why do they keep giving heavy roles to Adrian Brody? I mean yes he did play ‘heavy’ in the Pianist to global acclaim and winning an Academy Award for it, he has the frame for playing a resident of the Warsaw ghetto, but not for playing a private dick in Hollywood in the 1950’s. Or maybe he does. I guess they weren’t all Phillip Marlowe types, some of them had to be scrawny. I couldn’t wait for this film to end.

It answered no questions, gave two different scenarios as to what happened to George Reeves, Superman. I couldn’t care less by the end and I couldn’t wait to get these DVD’s back to Netflix. I still have the Departed for which Martin Scorsese is nominated for tomorrow night. It got good reviews, some saying it was a return to form. I might watch that tonight before catching Rainn Wilson and the Arcade Fire on Saturday Night Live tonight.

I walked around Hoboken a bit, it’s not as cold as it was this morning. Not too many people out or at least no one that I knew. And that’s the Saturday report.

Oh yes, Rex is on the mend, and probably en route to Arcana with Annemarie and Earl. Still needs support and good wishes so send them to Arcata! 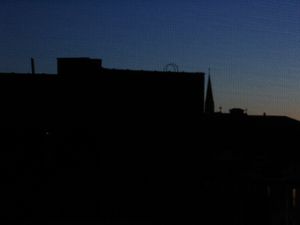 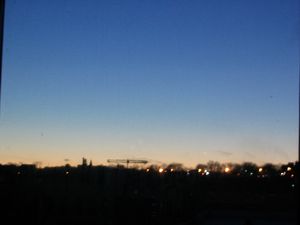 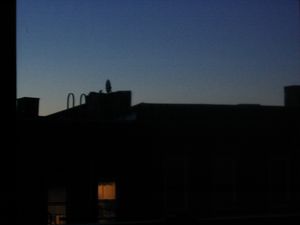 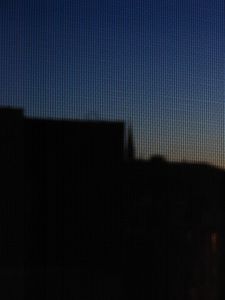 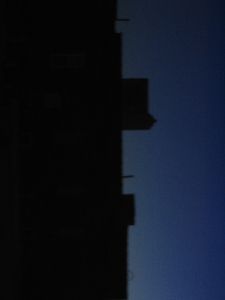