Friday has finally arrived. Slept pretty well last night, Bill in Stuyvesant Town left me with the bed all to myself. It was lonely but still I drifted off to sleep without any hassles or sheets or bed covers to share. I woke up and immediately shut off the alarm clock, giving it tow days off, much like myself. Then I shuffled into the kitchen, made some coffee, poured some cereal and then jumped into the shower. A rather slow going morning but everything was going according to whatever schedule I do follow. The Today show was on and when I hear the commercial for the Broadway show ‘Spring Awakening’ I know it’s time to get a move on.

‘I don’t do sadness/not just a little bit’ is what the teen with the overactive hormones sings in this show, supposedly written in the 19th century, about the sexual awakenings of teenagers that seems modeled on ‘Rent’, though that would defy all rules of time and space and AFTRA. But when I hear that young man singing about his avoidance of sadness I know it’s time to shut off the television and head out the door. It wasn’t as cold as it had been lately when I walked up to Washington Street. It was close to 20 degrees which made quite a difference, but not enough to ditch the hat, coat and scarf.

Got on the bus and got a nice roomy seat that usually goes to the handicapped but since there was none for this ride, I took it. I sat and read ‘I, Claudius’. A new chapter where Augustus is falling ill and soon to be murdered by his wife Livia so she can install her son, Tiberius as Emperor. Claudius is still being treated as an idiot cripple which is to his advantage since everyone thinks he’s a fool and not worth killing since he’s no threat to anyone. Augustus will only eat figs that he picks from the trees himself and I know what’s going to happen next.

I was back on the street in no time, walking down 42nd Street, listening to Air, ‘Talkie Walkie’ which is a couple of years old but I never really played it that much. I don’t know why, but it’s quite good and mellow which made for a nice soundtrack as I walked to the office. Wally was out today, having an operation on his ear. Naomi was on her throne and I was third in the office after Isobel. I made coffee and started the day, reading the Daily News online, as well as the New York Times.

After that the data entry began and the phones started ringing. A lot of people can’t speak clearly so when I phone ahead and tell, say Naomi that so and so is on the line I usually imitate the sounds that caller makes. They say it’s ‘Urgle Urgle Urgle’ and I just repeat the sounds into the phone back to them and them to whoever it is they are calling. Maybe the do talk clearly only they are calling on a crap phone. Maybe it’s my hearing, though it still seems pretty good despite years of concerts and working in the back room at McSwells.

After work I walked over to the Museum of ‘Modern’ Art where outside the museum there is an installation on the facade of images projected. It’s by Douglas Aitken and it’s called ‘Sleepwalkers’. I took some picture but they were mostly fuzzy and dark due to the cold temperatures. At least I hope it was because of the cold weather. It was in the 20’s but if you’re just standing looking at the outside wall of a building, it does get a bit chilly real fast.
Cut n’ paste
http://www.moma.org/exhibitions/2007/Aitken.html

and here are two out of 18 pictures, what I consider the best. I’m still trying to figure out a new picture editing program that Rand installed called ‘The Gimp’. I prefer xnview which is what I’ve been using for years. 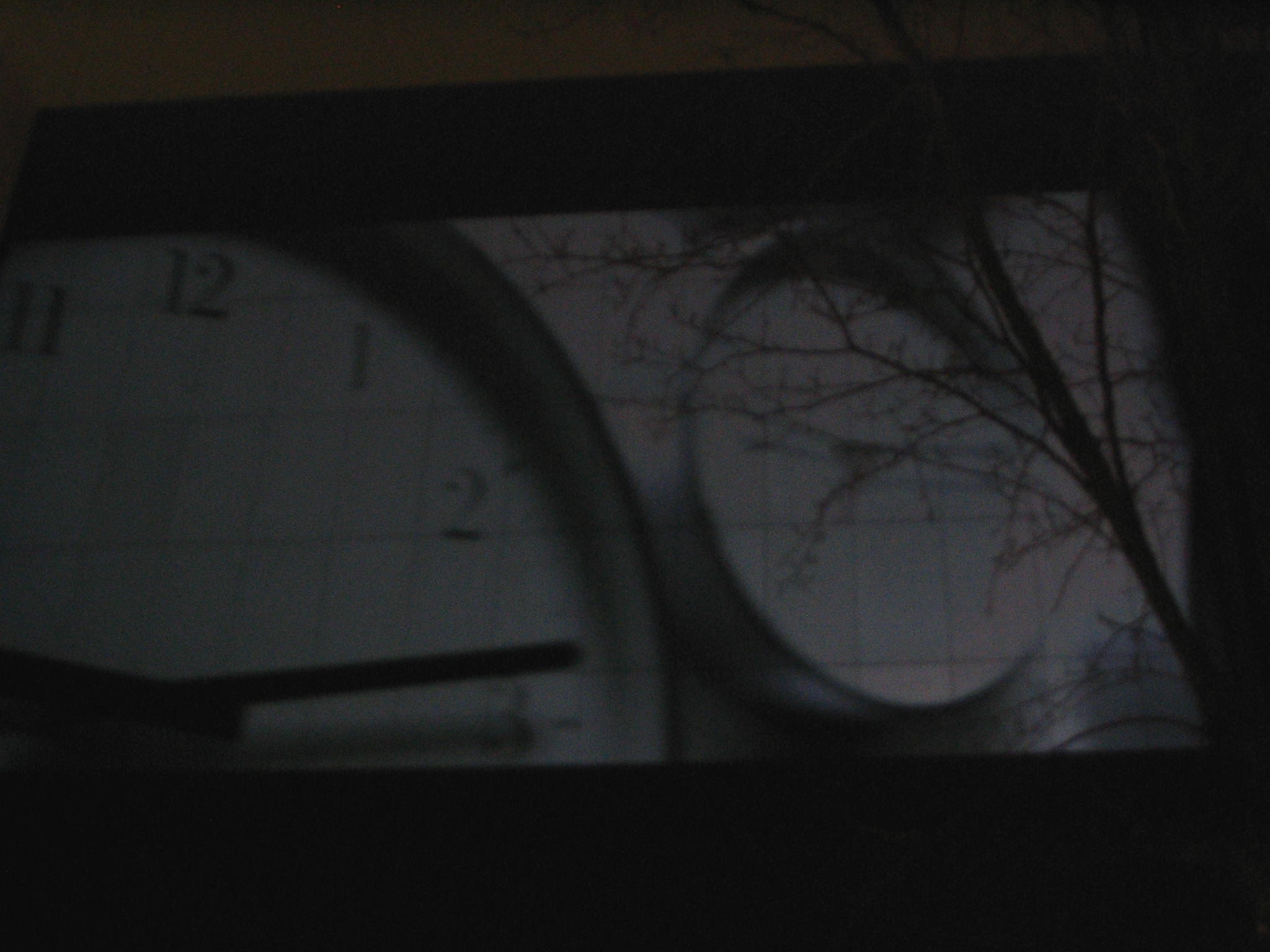 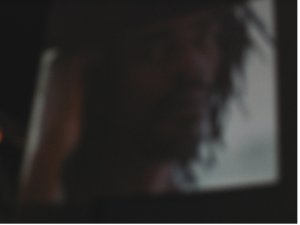