Gauloises hunt. Running down to my last few packs. How I lasted so long since that day in August is anybody’s guess. This was motivation enough for me to hop on a bus into the city and hit some small stores that used to carry the Gauloises. They were out at every store, never to be seen again, and would I like some Drum or Bali Shag instead?

The city was bathed in sunlight, about 60 degrees. I strolled around on my hunt and inadvertently picked the most appropriate music, The Raybeats ‘Guitar Beat’. Guitar instrumentals, surf and a spy flick sound. I felt like a cop when I’d walk into a store and hold up a pack of Gauloises, asking if you’ve seen this tobacco lately?

I walked over to 22nd and 8th Ave around where my friend Rita used to live. They didn’t have any but the guy said that he could get some from the wholesaler, but he doesn’t have any customers for it. Only a few left. A few? Boxes? Packs? In any event, he suggested that I come back on Tuesday. I told him, thumping my chest, that I would be his customer and expect to see me on Tuesday.

As I hit a few more newsstands on 8th ave, I spied a hot looking, thick necked guy. Salt and pepper hair, beefy. I was smoking a Padron with my antennae up and fiddled with my Ipod trying to linger unobtrusively, just in case it wasn’t who I thought it was.

It was. I am 99% sure it was this guy, Mike, or Malik. I have him on an x rated DVD. Smoking a cigar in tight gym trunks. Yum. Works for me and about a hundred or so other guys on line. But he wasn’t smoking or wearing tight gym trunks. Shiny Pelle Pelle gear which is almost as nice.

But for some odd reason I hesitated and he started walking away. I certainly didn’t want to run up on him. I saw the thick neck walk off, the gray Pelle Pelle football shirt. I have no idea why I hesitated. I even had my camera. And it was Chelsea, so even if it wasn’t him, he probably had a good idea what kind of neighborhood that was, what with all the rainbows…

Perhaps if I was 100% sure it was him I might have shook his hand. I would’ve needed to see the tell tale tattoo on his chest.

Overall it was a dry run. No Gauloises anymore. Or maybe on Tuesday. I headed back on the PATH, listening to Talking Heads ‘Remain In Light’ once more. I had asked Bill earlier if he could call the Smoke Shop in Hoboken as a very last ditch resort. He called me back after speaking to them telling me that they had a couple of packs and they’ll hold them.

A blue pack of tobacco at the end of the tunnel. But I was wary. You see back in the day, when I was living in Weehawken, I called them once to ask the same question, and they said they did. I got William, my roommate to drive me down there in his van. We made it down after telling the guy on the phone that I’d be there in about 15 minutes.

William double parked outside and I ran it. I told the guy who I was and what I was there for, and he said he didn’t have any.

I asked him what happened? He said on the phone 15 minutes earlier that he had it. He told me that some Russians came in and bought everything. I cursed him as I left and William cursed him after I told him.

So I walk up to the store, different owners, but I think stupidity is pumped in through the vents. I bought the two packs he was holding for me. I asked if he had any more and he said that he placed an order a month ago. I told him that they don’t make Gauloises anymore. He didn’t believe me. I quoted chapter and verse, from the August 31 article from the New York Times.

I don’t think he’d ever heard of that paper before. 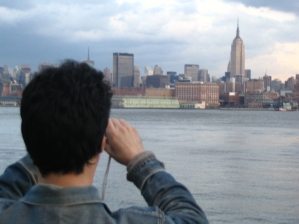 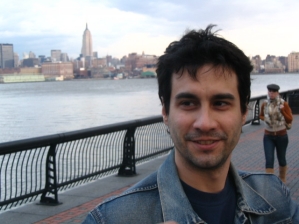 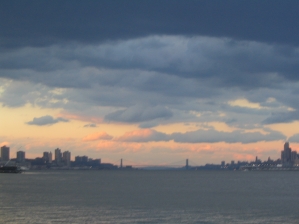 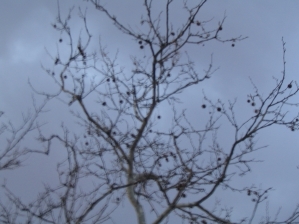 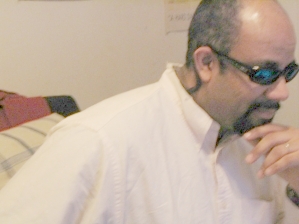