The Law and Order marathon continues. Bill watches so he can be prepared when he eventually gets his call to be on the show, as background or hopefully with a line. We generally watch the show and say intermittently, ‘That could’ve been you’. And 9 times out of 10, we’re right. I of course, go the extra mile and point out little old white ladies that Bill could have been as well.

So we came back from walking last night, as you’ve read, and promptly settled in. All pretty mellow, nothing hectic. We popped the champagne at midnight like everyone else and toasted each other with best wishes for the New Year. 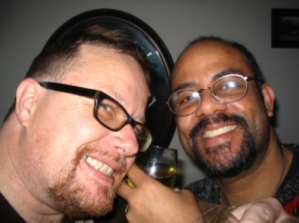 It was great that Julio gave us a bottle to celebrate. Bill liked the champagne very much, and I reminded him that we had to kill the bottle since champagne doesn’t keep very well. 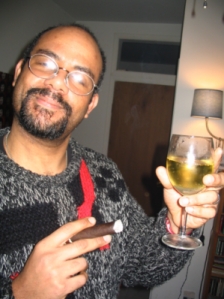 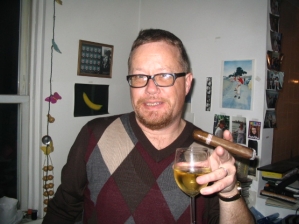 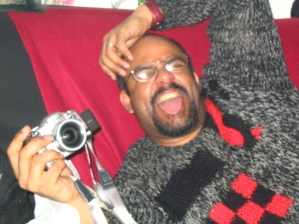 So much so that I thought he was acting. No, he wasn’t. He was drunk. And a happy drunk at that. Very adorable, but not much longer for the night as he was fading fast. I knew I had to get him to bed since the slurring and stumbling could’ve been around the corner. And having been in that position a few times, I felt that this was best.

I soon joined him, lying in the dark, spooning. A warm if fuzzy embrace that led to some lovely happiness. Banished the sadness that lingered in my mind. It is a great feeling to be lying with the one you love, who gives you a feeling that everything is going to be alright.
And it was.

I woke up feeling the same way. A wonderful way to start off the year. I recommend it to everyone, though not with Bill. Get your own partner.

While lying in bed, we discussed plans for the day. A movie, preferably a comedy in the city and we’d take it from there. Well that didn’t happen. It was a lazy Sunday. Just flopped around, puttering about the apartment and leaning on each other on the couch while eating lots of Dark Godiva chocolates.

We never left the apartment all day. We watched the ‘40 Year Old Virgin’ on DVD. Not the bootleg that I had gotten a few weeks ago, the official unrated version. We had planned to see it together in a theatre but we were in our estranged period at the time. He went without me, and I wound up seeing a bootleg, which actually wasn’t that bad a copy.

Very much like the Seinfeld episode involving the bootlegging of movies with a hand held camera in a theatre seat.

It was great to finally see it together and since this had added material, it was similar to both of us seeing it together for the first time, allowing for pauses and bathroom breaks.

We ordered a pizza, which was devoured soon after. That signaled a ceasefire in my problems with Grimaldi’s. We watched the Rufus Wainwright video, for the second time, Bill for the first. I think he has a newfound appreciation for our Rufus.

And like last night, Bill is on the couch and I am a few feet away writing this. And Law and Order plays on and on.