A lazy Sunday. What makes this? The fourth this month, third if you don’t count New Years Day. The weather has been hospitable, sunny, and not too cold. Not 60 degrees like yesterday, more like 40 something. Like me! Had lunch with Julio at the greasy spoon, last of the greasy spoons actually, The Spa Restaurant, located on Hudson by the Path Station.

With Starbucks around the corner and a for sale sign on the side of the building I fear that time is running short for the Spa. Had a decent Tuna Sandwich, Julio reminiscing about the chicken salad he had in Copenhagen. Not the same chicken salad in Hoboken. His tears made the chicken salad that much more salty.

I paid no mind and ate French fries off his plate. Oh how that man loves Danish Chicken Salad. We wandered around Hoboken, passing dozens of football fans yelling on the street hoping the Steelers would win. Or the other guys. We walked around Pier A taking more pics with our digital cameras.

Bill stayed home. He looked great. Not exactly at 100% yet but he’s on his way back. He’s going to work tomorrow and on Thursday I am supposed to meet him and his coworkers at an after work affair. That should be fun. I will definitely dress to impress.

It’s been a mellow weekend. Mellow and repetitive, which is fine by me. As with the previous two entries, Julio and Bill sit on the couch watching TV as I sit and type.

I’ve been trying to send Lewis Lapham a note, or rather an email thanking him for lighting the fire under my ass and getting me inspired enough to write this everyday.
I don’t know if he’d be able to receive email at Harper’s now that he’s no longer editor in chief.

I will have to look into that this week.

I was just trying to download the Colin Farrell sex tape but all I could get was ads for girl on girl Sapphic desires. That got Julio’s attention. That Colin, such a bad boy and rumored to be distractingly hung. Colin and myself disprove the Irish myth. Or at least I know I do.

And now a discussion with Julio about the amount of words that I write. He asked if I wrote 499 or 498 words what would I do? I told him it would give me an opportunity to think things out a bit and perhaps stretch something here or there. He didn’t see the point of that. I think he was saying that I would be fine with 498 or so.

I told him it was the discipline of writing the 500 words, and also that I hardly ever count the words until well after 500. He was pushing being concise about what I write, not going off on tangents. Nice sentiment, but it might actually mean more if he actually read the blog.

Perhaps if he started a blog I’d be able to see how it should be done. 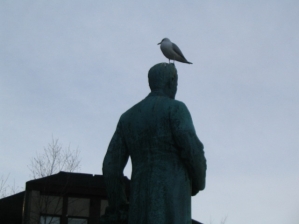 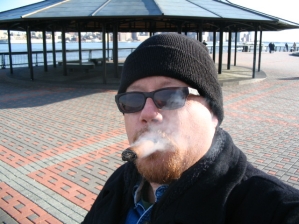