So now we find ourselves at Friday. How did we get here, and why now you might ask? I have no idea. I’m just here. And today was back to work for me after being off yesterday. And yesterday was the day I was going to call my friends, Connie and Jane.

Jane is upstate near Woodstock and Connie is down the Jersey Shore. Both made it to the party in July but I haven’t seen either since then. I don’t recall even speaking with either of them on the phone. I know I should call. And I was going to do it yesterday. Now I am looking at Monday, or maybe Tuesday.

Today it was back to work and it wasn’t any big thing. Am I settling into the job? Am I getting used to it? I haven’t had the anxiety that I usually do, sometimes prompting me to pop a Xanax before I head in and occasionally a Xanax the night before is in order. But lately there has been no need which probably brings a sigh of relief to some of you out there.

This morning started with Bill lovingly kissing me goodbye for the day and me lying in bed trying to remain asleep. It worked up to a point, and then I realized that I needed to get out of bed and get to work. Shower, shave, breakfast and coffee, checking email as I got suited up and eventually heading out the door.

A bright and sunny day on the cold side was what I faced when I headed outside, passing the third floor and hearing Alexander and a playmate running wild while Stine and her guest laughed. I was tempted to knock on the door and play but no, the adult world awaited me.

A walk to the bus stop as I enjoyed a cigar, early enough to see the 10:15 bus go on by. The 10:30 bus showed up as it should have and I rode watching the bus fill up with commuters. A quick walk through the bus terminal to the subway where I heard voices singing, the same crew listed in the latest issue of New York as being one of the best groups underground in the MTA. They were unseen on another platform and I recognized them from the plucking of an upright bass.

Eventually I was outside the building which houses the cigar shack. A brief call with Bill filled with laughs and soon I was inside the shop. It was Calvin and Thomas today and we made for a pretty good team. A few laughs made the time go by faster, no question about that.

It was fairly busy as well which definitely moved the hands on the clock. After 10 hours, I was back on the subway, walking through the bus terminal once again. Ran into Hyman Gross and opted to take the later bus and wait with Hyman. It was good to see him again.

Lately when neither Bill nor I see Hyman we always worry. But Hyman was in good spirits, talking about his Lasik surgery to deal with the gout. It seemed to have worked according to Hyman but left him with tinnitus.

He was worried about that and I did my best to reassure him, telling him that sometimes I too get that ringing in the ears, more than likely from going to so many rock and roll shows and not using protection for the ears. 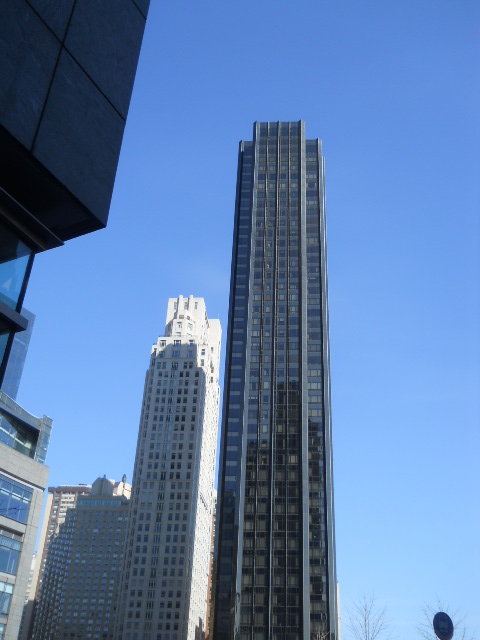