This morning started out OK with regards to the weather. A bit nippy with occasional drizzle. Now it is mainly cold and damp. Tomorrow is a day off and from what I have heard, it is supposed to be warm and damp. January 2012 has had some crazy weather.

I’ve taken Harpy’s suggestion and decided to remove music from my smartphone. Do I need music on my smartphone, especially when I have a 30GB iPod? No, not really. According to Harpy it takes up too much space on the smartphone and with extra space the phone operates better without music.

I don’t really know about that since there are maybe two people I speak to on the phone, Bill & Annemarie. Well maybe three if I include Harpy, and I will include Harpy since no one includes Harpy enough if you ask me. And waking up was difficult this morning. I could have used at least another hour of sleep but obviously that was not going to happen.

I watched Chronology last night. It is a collection of live clips of Talking Heads from 1975 to the 1990’s. I don’t think it includes any footage from Stop Making Sense, the Talking Heads- Jonathan Demme movie from 1984. I stopped watching the DVD when they showed Talking Heads at the Capitol Theater from November 1980.

I went to that show with my brother Brian and we had seats in the 2nd row. The Psychedelic Furs opened up the show and I didn’t know them then and did not like them much. I thought Richard Butler was a weird mix of David Bowie and Johnny Rotten, sounding like Rotten and throwing shapes like Bowie.

Anyway Talking Heads were fantastic and I remember dancing in front of the stage, I don’t recall anyone else around, just me dancing in front of people sitting down. I had seen Talking Heads in August 1980 with my brother Frank and that was quite magical. A couple of thousand of us, all dancing to music that no one had heard yet, Remain in Light had not come out at that time.

I’m sure that by November Remain in Light had come out and I was more than likely blown away. It is my favorite album of all time. As much as I love the Fabs, I still think Remain in Light is the best. Perhaps it is my generation’s Sgt. Pepper, as I can hear it’s influence on a lot of music in the years that followed it’s release.

The DVD is excellent, interesting to see them as a three piece for a few clips then seeing Jerry Harrison really flesh things out. And by the time I saw them there were ten people on stage. I’m sure my brother Brian was embarrassed by my frentic dancing but I didn’t care. I remember leaving the Capitol Theater and hearing that Jimmy Carter had just conceded the election.

It was election day after all. I voted for John Anderson in my first election, voting with my conscious. Brian told me I was supposed to vote for whomever I thought was going to win and he voted for the ‘winner.’ 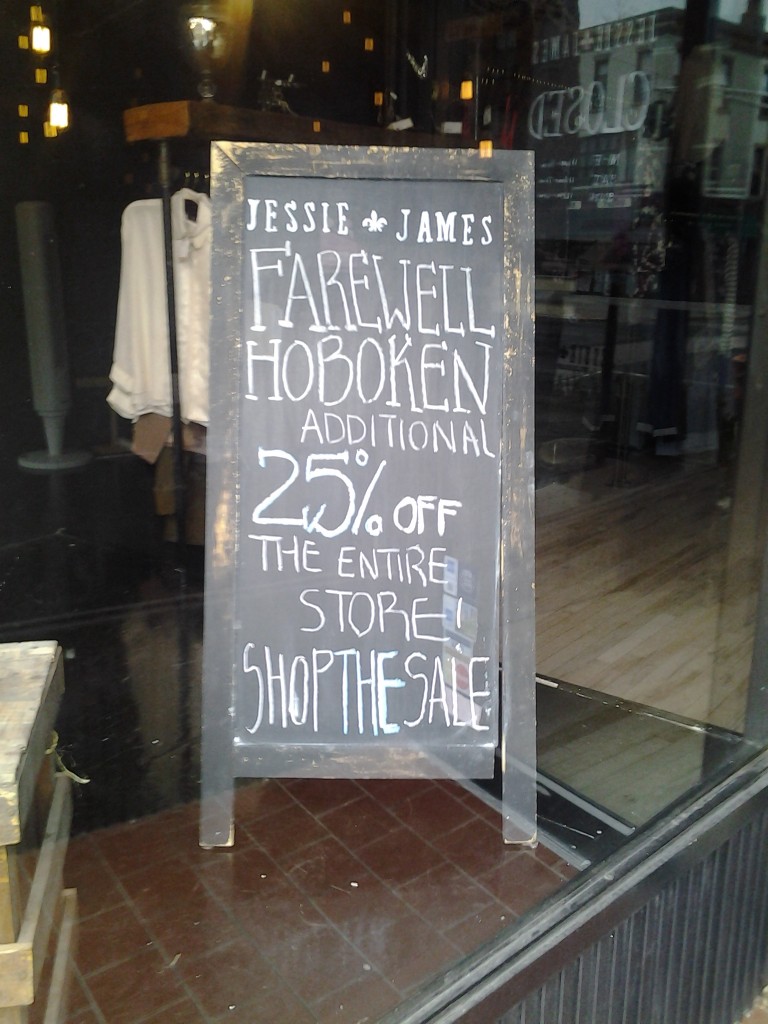 another shop bites the dust 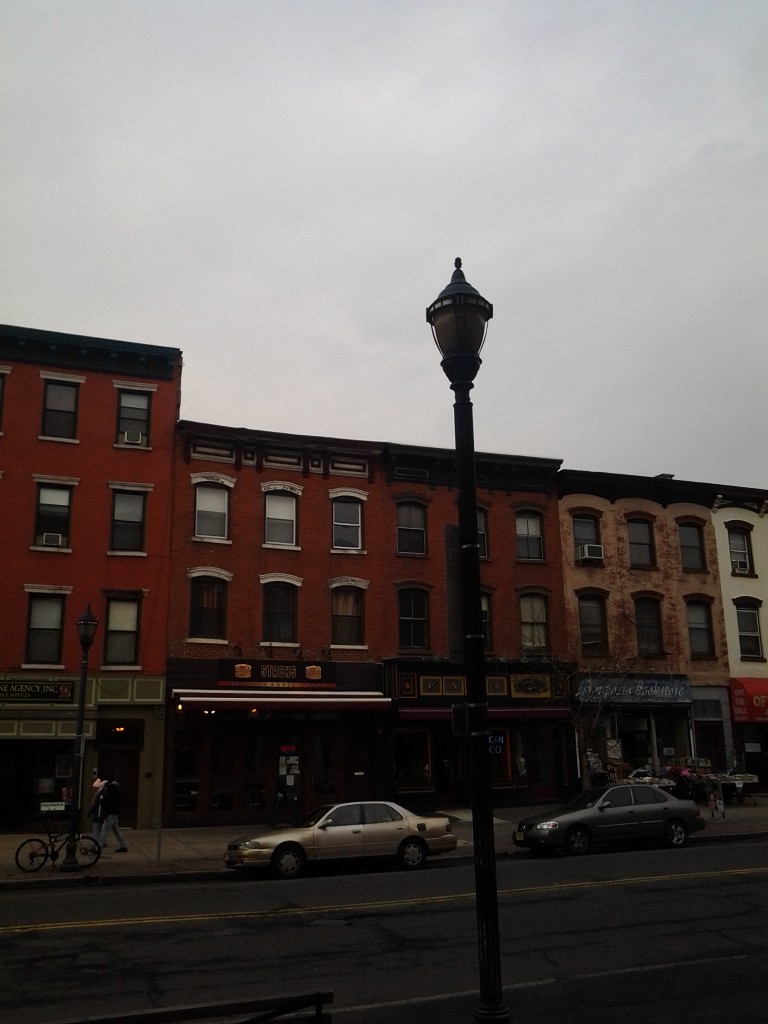 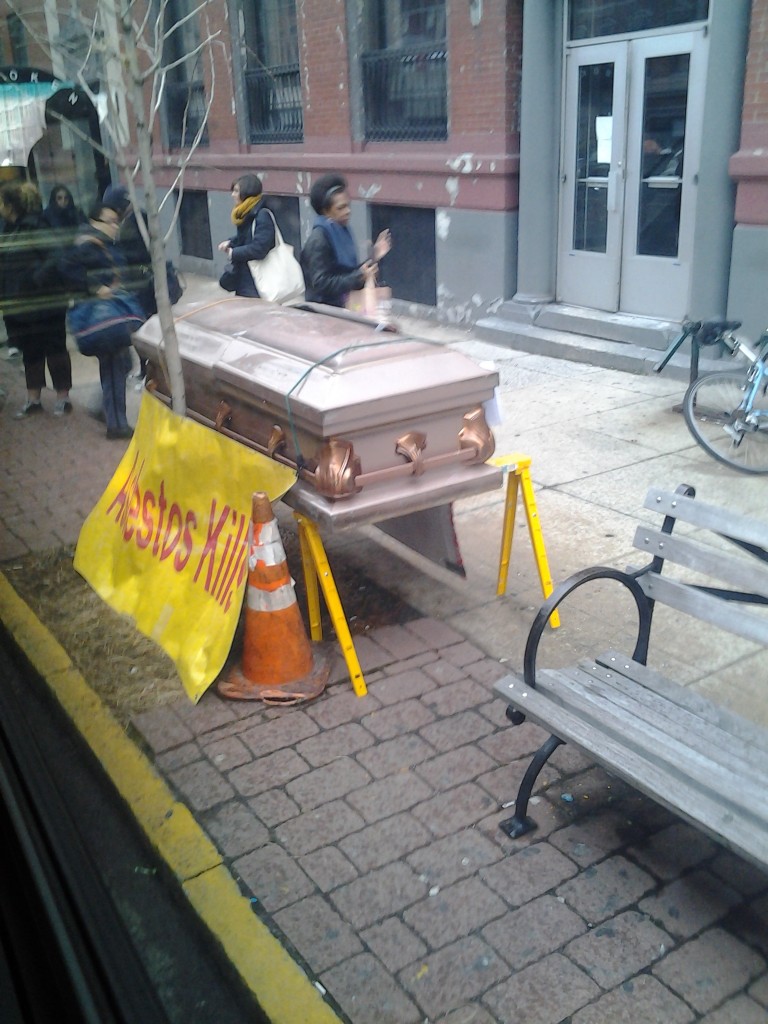 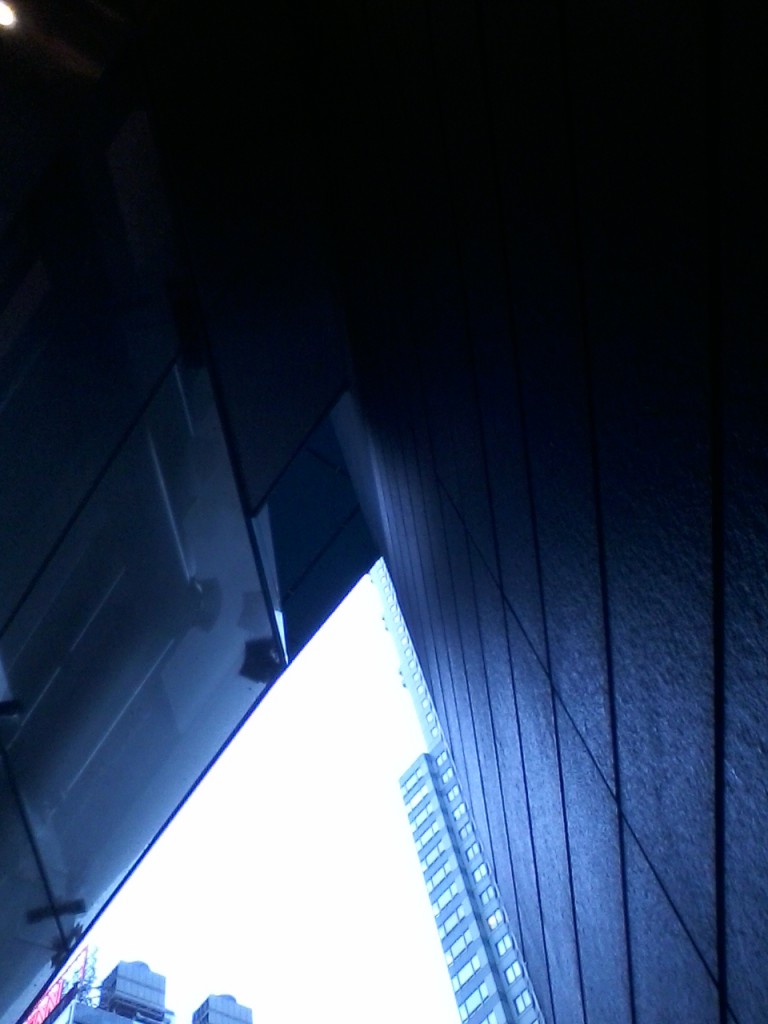 OK, the other day my day started (and ended) with Melody of Love by Bobby Vinton in my head. That made me think of Bob Dylan covering Dean Martin’s ‘Return to Me’ from the Sopranos soundtrack. Probably because of Bobby Vinton’s refrain, ‘Return to me, and always be, my melody of love’ before he breaks out into a Polish singalong.

In 1975 while attending St. Francis de Sales grammar school, we had to learn that song and then trooped over to a convent by Felician College to sing the song to a group of old Polish nuns. And here I am later, over 30 years later still thinkng about that song.

Another song from 1975 that popped into my head via Wikipedia was Please Mr Postman by the Carpenters. This time in 1975 it was the number one song and I remember being in the Boy Scouts at Camp No-Be-Bosco in the winter listening to this song on Music Radio 77 WABC. I always liked the Carpenters, well I always liked Karen Carpenter’s voice. I still do. I find it to be quite warm and rich.

Lucky Thomas, he just picked up the phone for a nice order. He’s done well today whereas Bradley and myself were nickle and dime’ing up the numbers. No hard feelings but I am harboring feelings of resentment and have doubts about throwing him some sales in the future whenever I hit my personal goal.

The customer just phoned in an order, sending his daughter to pick up the cigars, so things might change. Not expecting it to happen though. Thomas was in a weird mood in the beginning of the day though he did get better and not bitter. It’s after 7:00 so things have gotten considerably slower in the cigar shack area.

Not expecting sales to improve, in fact after Thomas’ sale that will probably be it. I did have some nice sales today, though not enough to get to my personal goal. It is so friggin dead here I almost expect George Romero to remake Dawn of the Dead in this area.

That brings me back to 1980 where after I saw the Exorcist with Henry Venegas and his girlfriend, we drove to the Paramus Drive In where we caught some of Dawn of the Dead on the sly, using the AM radio to pick up the audio broadcast at 2:00 in the morning. Life sure was simpler then.

Like most of my high school classmates I never saw Henry Venegas after 1980. And don’t even get me started on my fumbled seduction regarding Henry. And attempting to seduce a straight classmate was not the smartest idea anyhow. I was 17 and knew as much about seduction as I do now. What was I thinking? I know what I was thinking about. He was a good guy that Henry Venegas was. I wonder if he ever married his girlfriend?

About 30 minutes left in the cigar shack today. 30 long minutes no doubt. Rand and Lisa stopped by this evening. It was wonderful to see them. They were celebrating Lisa’s birthday and went to the movies and had some dinner out. Lisa of course looked fabulous and Rand was quite the fashion plate himself. They were just passing through, headed back to the bus terminal. I’ve known Rand 30 years and happy to be his friend, as well as Lisa’s friend.

Thomas, it turned out, was closing the store allowing me to leave a few minutes early. I hoped I would catch Rand and Lisa on the bus but they didn’t make it. But it was wonderful to see them nonetheless, as it made my day. 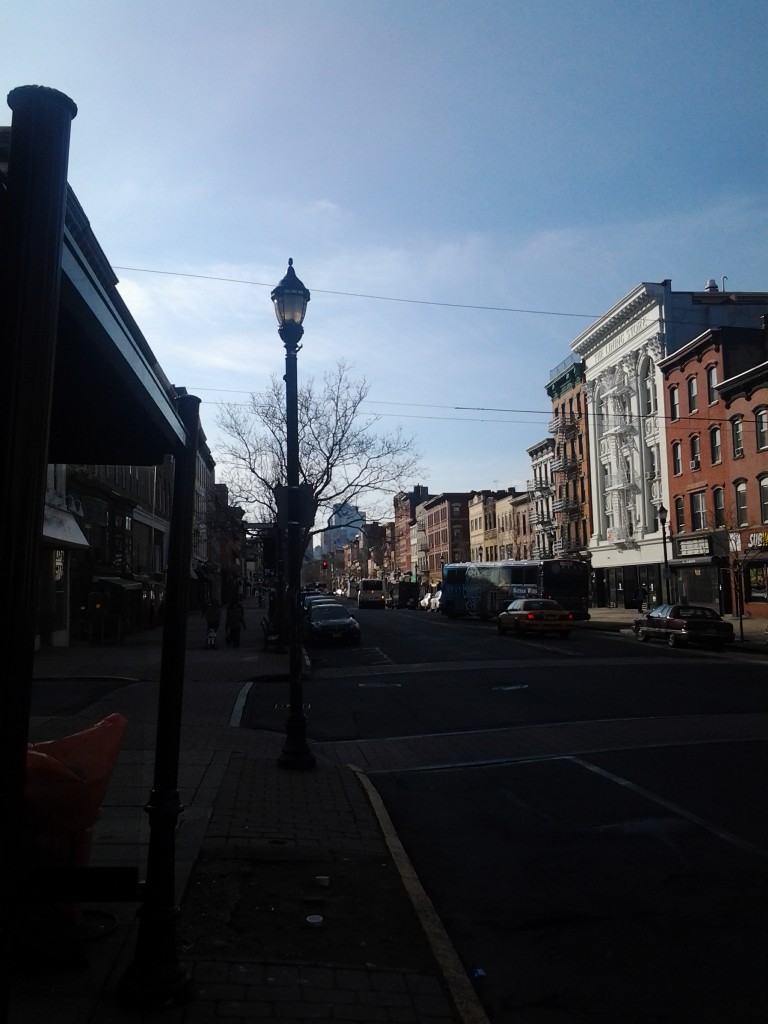 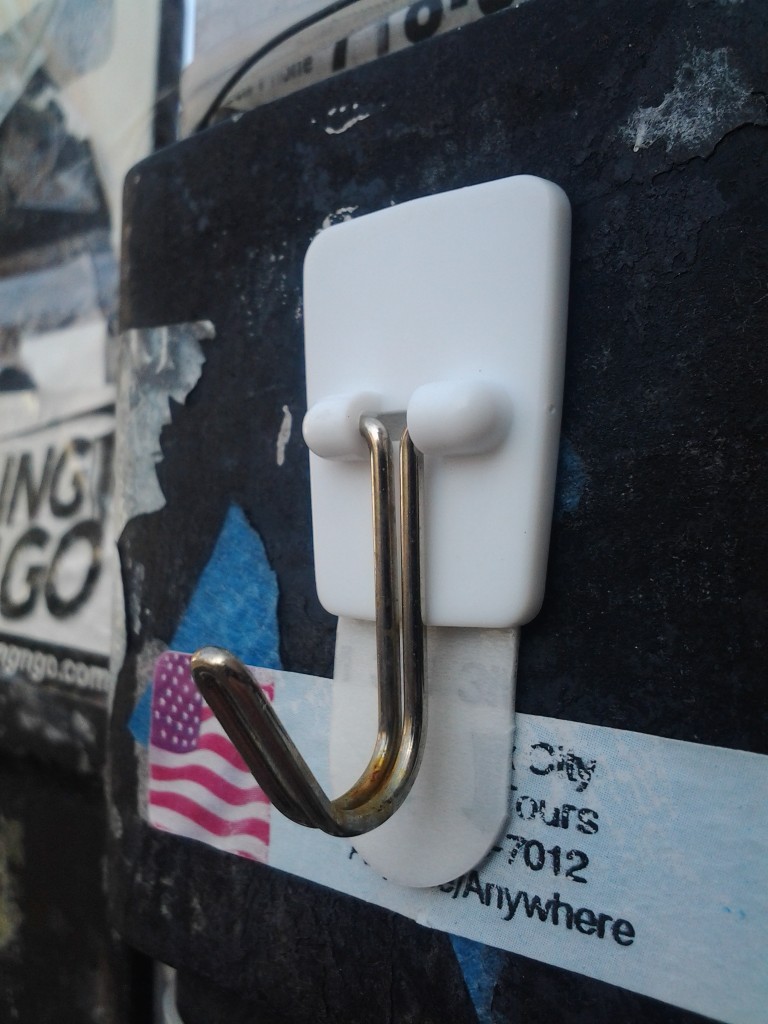 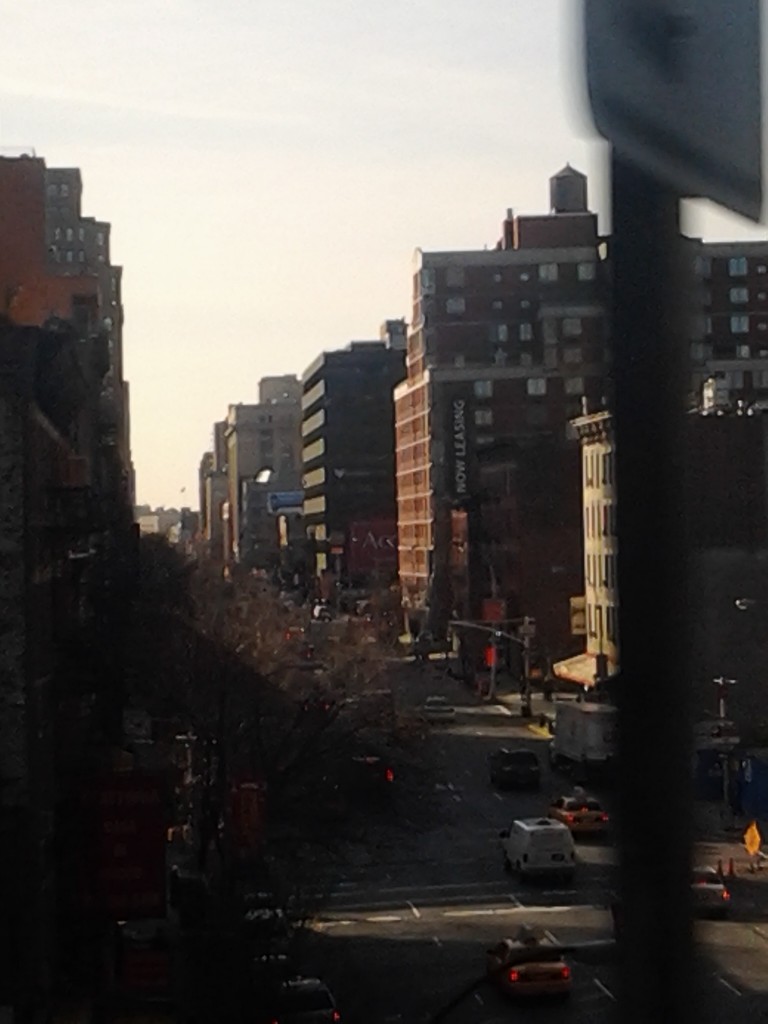 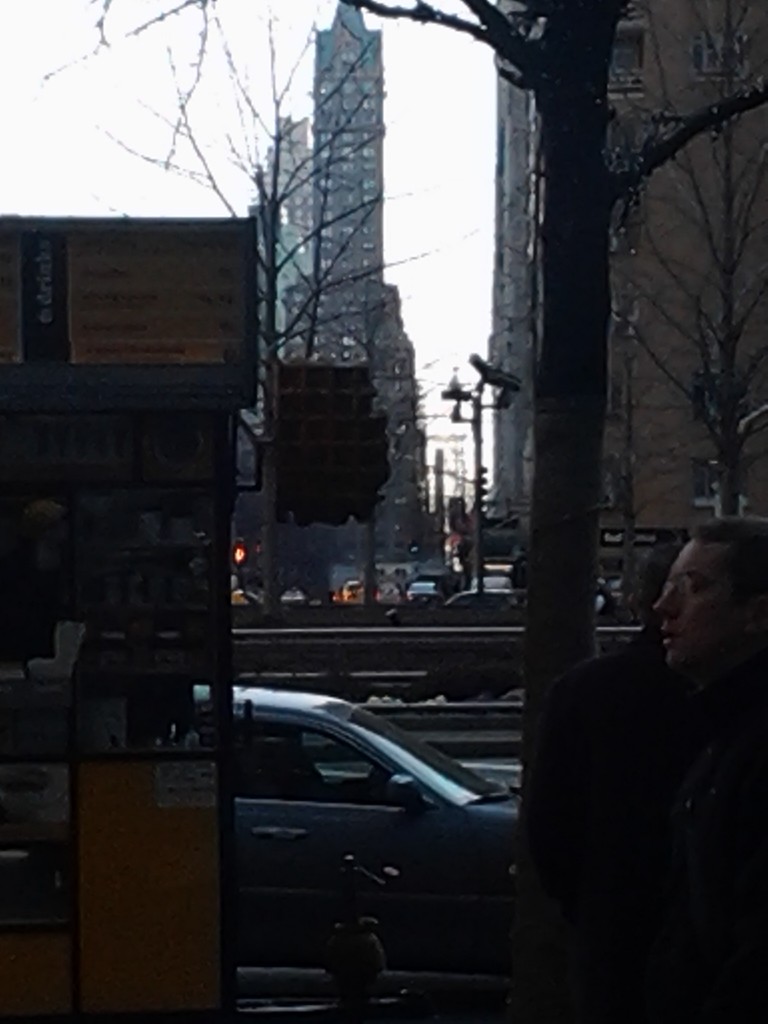 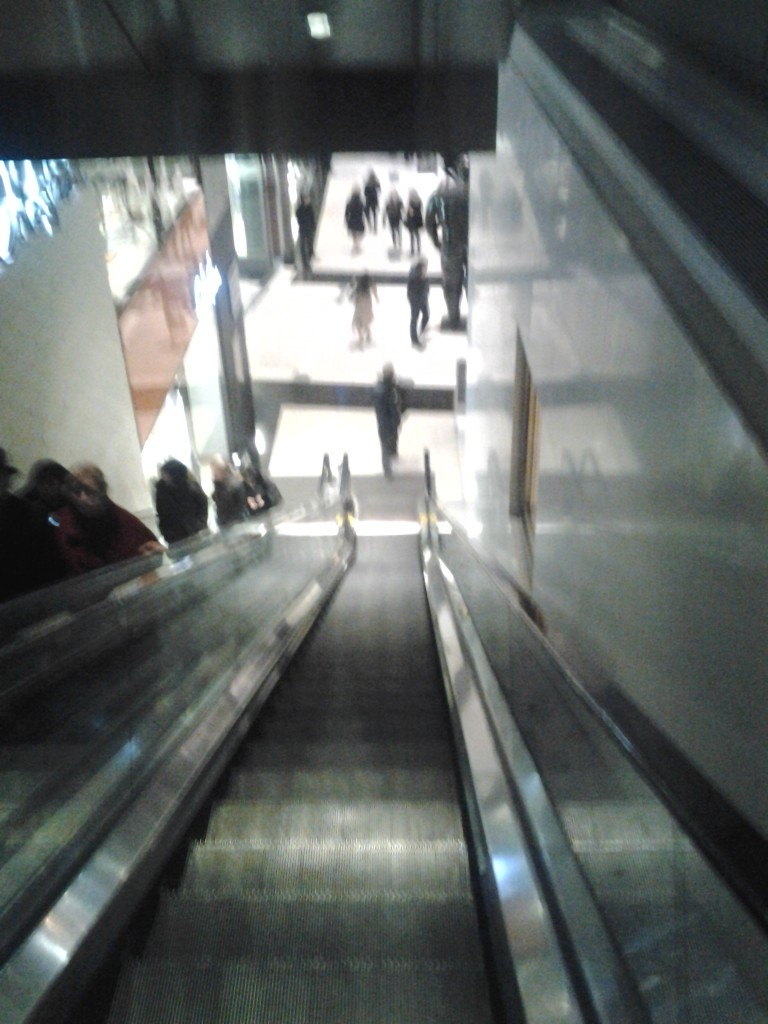 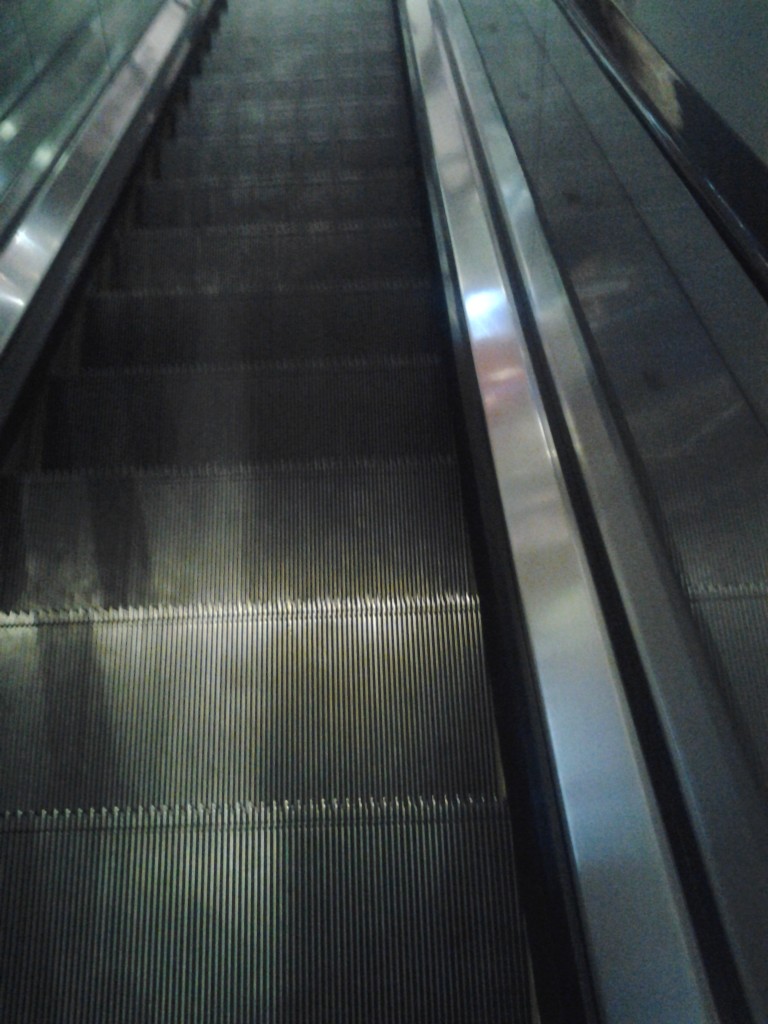 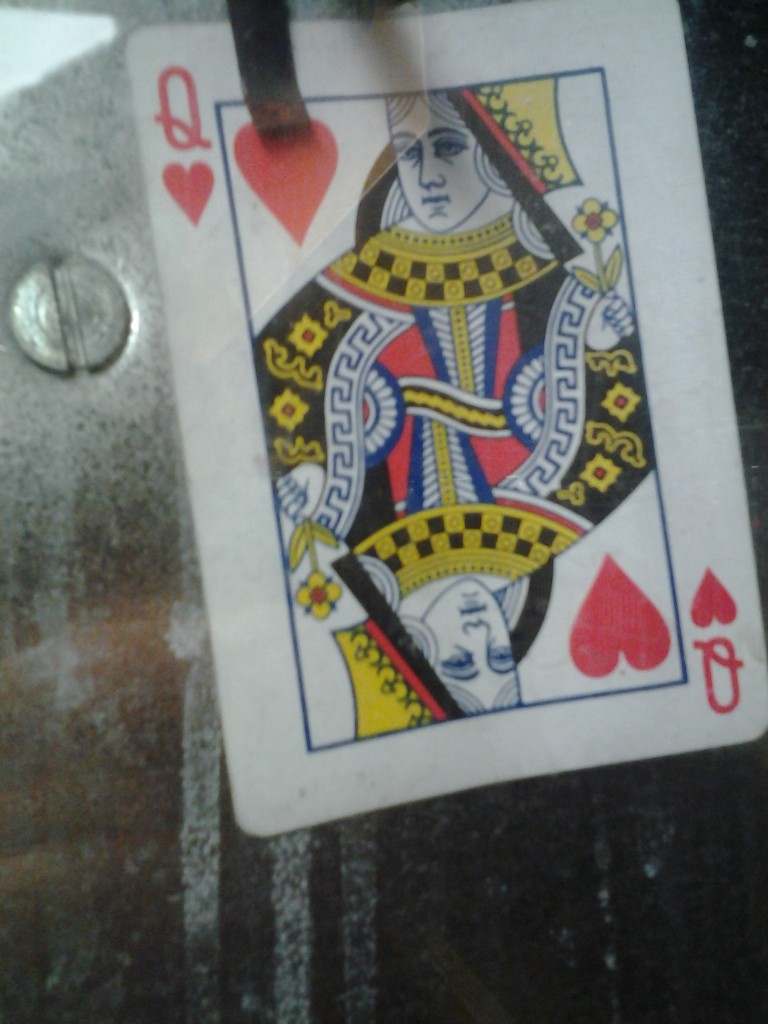 Is THIS your card?