Like Dinah Washington sang, What a Difference a Day Makes. Yesterday at this time, well, yesterday at this time I was just getting home. Now I’ve been home for almost an hour. Different characters today. Vivek was in the office when I came in, and he quickly left the stage to attend some meeting somewhere.

Greg Stevens made it in as did Tom Chin who was surprisingly understanding. A lot of the shit that I had to deal with regarding Vivek was quickly cleared up since he had the files. Greg Stevens and I talked quite a bit today and he mentioned that he thought Vivek might be bi-polar, or it could just be the stress of being a managing director in these dire economic times. Possibly both. Greg Stevens will now be out on Mondays and Fridays and more than likely will not be performing in the Sunday matinée.

Last night I was just frazzled by the days events. Watched Olbermann and Rachel Maddow. Harpy called during Rachel Maddow and he was a garrulous as ever, a bit annoying at that. Not that he’s annoying, he’s generally amusing, but he kept stepping on my lines and if he was in front of me I would have throttled him.

I did feel better watching Flight of the Conchords. Some Dewars helped too. I think Jemaine would make a better male prostitute than Brett. Went to bed at a decent hour and woke up with a feeling of dread.

So much so that every step I took from the bus terminal to the office was filled with me imagining a confrontation between Tom Chin and myself. I should have written the lines from the imaginary confrontation down, they were that good.

A few years ago when Bill and I were in a rough patch in our relationship and we were having a late night discussion about things in bed with the lights out. I was saying such profound lines and I felt then I should have been writing them down but I figured I would remember them the next morning which of course by then I had forgotten all the lines.

Tonight I took the Path train home and was able to finish the John Lennon biography by Phillip Norman. It was good and ended as sadly as I remembered. The epilogue was an interview with Sean Lennon who mentioned that when he was 5 years old he had no idea what was going on, why his house was filled with such dour people and where was his father, what were all these people doing outside the Dakota singing songs and crying?

He mentioned that it took him some time to actually listen to his father’s music both solo and with the Beatles and how jealous he was of the world who had known of his father a lot longer than he did for 5 years.

I’m just glad that today wasn’t so bad after all. And I did enjoy a Padron on the way to the train. The Lennon bio was a day late and cost me $0.20. Now it’s onto Sarah Vowell, The Wordy Shipmates. 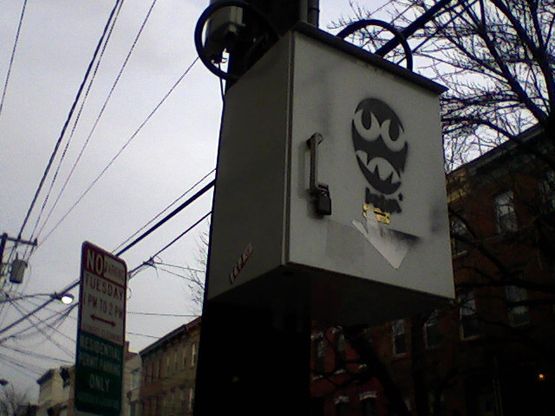