After all the inaugural footage and festivities have wound down, it feels like the holidays are over. I know they ended a few weeks ago but to me it seemed like it was finished. I mainly watched MSNBC covering the balls and the events of the day regarding the incoming president.

I have to say after hearing the Etta James song, ‘At Last’ nine times I had had enough. A James Brown song would have done better but hey, it wasn’t my party and I wasn’t the guest of honor. A few twirls around the stage and a few words from the president and then it was off to the next ball for them.

Somehow Barack Obama was able to get up and go to work this morning. I did too but all he had to do was get out of bed and walked through the White House from the east wing to the west wing. I’m sure he had a busy day and I was busy myself. Finally.

Things were quiet on the conservative front this morning. Perhaps my comment to them yesterday shut them up, perhaps they were hurt or perhaps they realized they can’t just spew their ignorance around anymore without anyone else speaking up against what they had to say.

What I said yesterday was nonsense though and though I sort of expected the other shined shoe to drop, it never happened. A lot of running around in the cold streets of midtown. Just quick jaunts here and there, nothing too insane.

Got an email from Susan regarding a party for the closing of Farfetched. Harpy mentioned that it might be this weekend so I should keep this weekend open. I committed to this weekend when Pedro called inviting me up to Otisville for a get together to watch a boxing match.

He’s big into boxing. I told him about Farfetched and their closing party and of course he berated me for not going up to see him. The email that Susan sent this morning was announcing the party being on January 30.

I texted Pedro this morning, letting him know I could make it after all. Effectively giving him another opportunity to bust my balls and telling me that I wasn’t invited after all.

I told Bill about Otisville and he wanted to go, but when I told him it would be an overnight trip, a two hour train ride each way he said he wouldn’t be able to make it after all since he has to do a reading at his church on Sunday morning. We’ll probably be just getting up when he mounts the pulpit.

Bill and I will have to work out a visit later in the year when it’s warmer. Then it would be up to Pedro and Connie to invite us up. But that’s further down the line and a few flips of the calendar pages and right now I’m just too tired to really care.

Hopefully I will get to sleep at a decent hour but having said that, it seems unlikely, what with Lost returning to TV tonight in a 2 hour season premiere.

Here’s a picture of Superboy that Julio took with his cellphone last month. 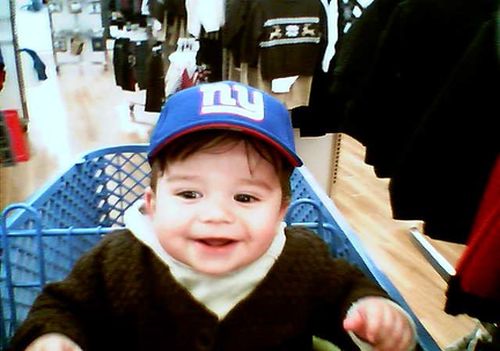