Well it has finally happened and as I write this my eyes are welling up with tears. Barack Hussein Obama is now the 44th President of the United States of America. Truly a historic event whether or not you like him and whether or not you voted for him. For me, I never felt as connected as I do to this country like I did today.

The day started with me waking up with some difficulty. Apparently I shut off the alarm clock, but the back up alarm on my cellphone did it’s job, jarring me awake with what I call Housewife’s Choice. That’s an old Ska song and it’s not the ringtone but it’s how my mind identified it this morning.

I shuffled through the apartment and I made it to the bus a little later than usual. A different crowd but at around 8:00 there are many coach buses coming down Washington Street so it wasn’t too crowded and quite comfortable. Made it to work a little after 9:00, a bit treacherous since I wore dress shoes and the sidewalks were a bit dodgy.

I took my time and picked up a bagel since it was going to be a long morning, even though for me it was a 3 hour morning at work. I wasn’t sure where I was going to watch the swearing in of President Barack Obama but I was determined to watch it somewhere.

One of the subtenants and I somehow got into a discussion about religion and I revealed that since 9/11 I was an atheist. Before that I was an agnostic. He seemed alarmed by this and seemed to be trying to convert me back into the world of theism.

I resisted as he told me of his problems getting an annulment for his first marriage so he could marry his second wife in a catholic church. I soon walked away from that chat and decided to go to Rockefeller Center to watch the Inauguration.

I tried to get my former co-worker Steve or another subtenant, Trudy to go with me but Steve had other plans and Trudy was stuck at her desk. At 11:30 I headed over, telling Tom Chin & Greg Stevens what I was up to. I had their go ahead, but I think they realized that they really couldn’t stop me.

I lit up a celebratory Padron and headed west towards Fifth Avenue. It wasn’t as crowded as I thought, though there was a few thousand people between the screens on 49th and 50th streets where the Christmas tree usually stands.

I got there in time to hear pRick Warren’s invocation and thankfully it was short, painless and oh so easily ignored. My stress for the past weeks was unneeded. 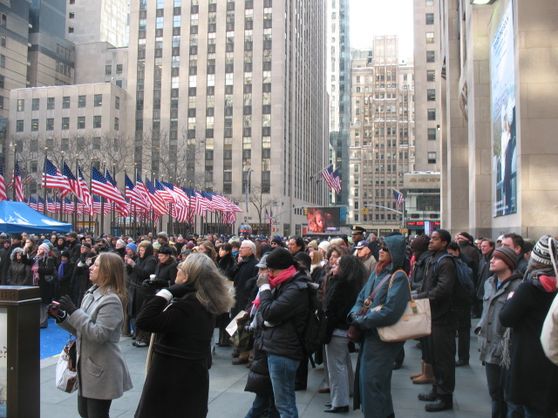 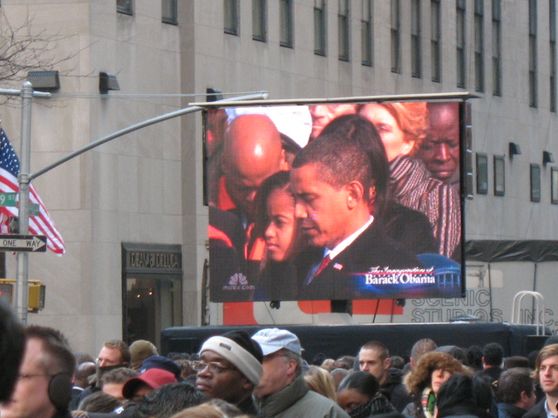 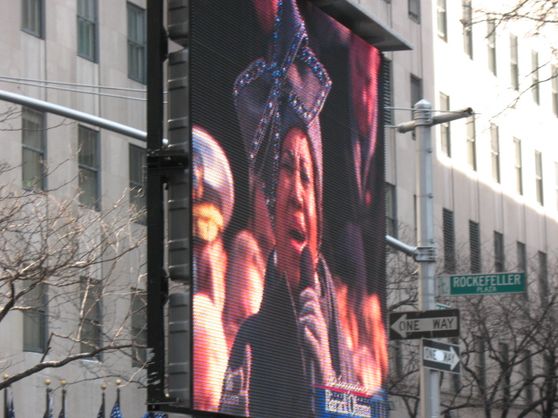 I found a spot at the edge of 30 Rock, in front of the J. Crew window and took various snapshots of the crowd and the screens. A woman stood next to me and I saw her leaning forward to see who was smoking a cigar. I hoped she wasn’t offended by the aroma and when I took a puff she noticed it was me smoking.

‘Oh you’re smoking the cigar. It smells good.’ I told her I was hoping that she wouldn’t be bothered by it and she said she wasn’t. ‘My father used to smoke cigars and it brings back memories so keep smoking!’ And so I did.

The President was sworn in, stumbling a bit when Chief Justice John Roberts messed up his bit, throwing Obama off his mark. Both recovered and concluded while I recorded the oath of office on the screen and followed by shouting Yes! Yes! On the clip I sound quite butch I think. Still my eyes had teared up.

The crowd quickly dispersed but about a hundred of us stayed for Elizabeth Alexanders poem, ‘Praise Song for the Day’ which was beautiful. The Reverend Lowery said his benediction which was somewhat funny and it was enjoyable to hear from a cleric who doesn’t have an air of pomposity. 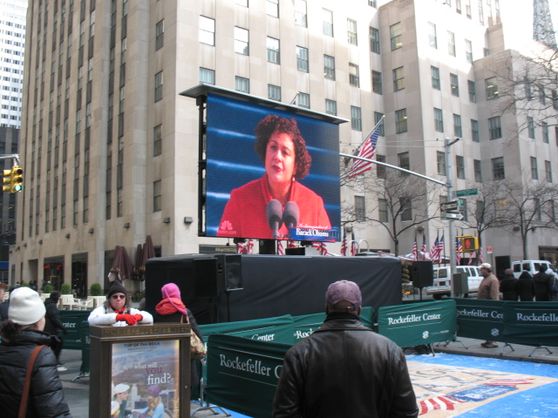 The poet, Elizabeth Alexander, 'Praise Song for the Day'

The Star Spangled Banner was sung by a choral group from a branch of the armed forces and I sang along with my fedora doffed and placed over my heart. First time I had ever done that. My feet were near frozen from standing and not moving much for an hour in the freezing cold so I stomped around a bit as I headed back to the office. 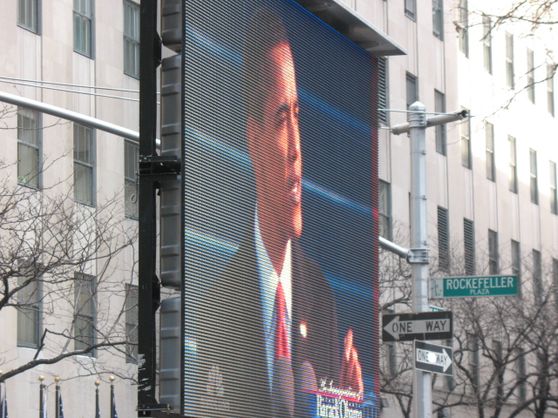 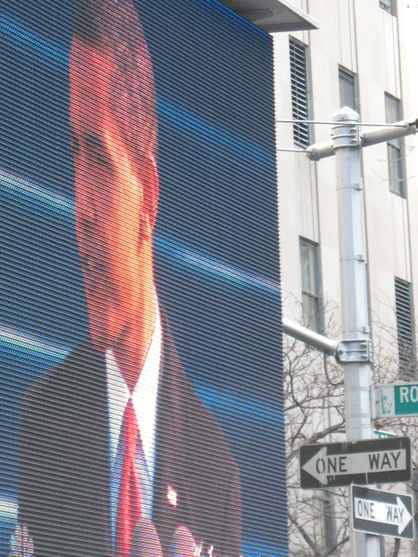 Before I did that, I needed to go to the Post Office to buy stamps. It was very crowded and I got on a short line for stamp and started chatting with the woman in front of me.

She too had seen the inauguration on TV and was thrilled by the history that was unfolding before her eyes. She asked if I thought if a DVD of today’s event would be for sale and I assured her that it probably would be.

Came back to the office and spoke with Trudy to see if she saw it. She mentioned that she walked over to the subtenants area to watch the inauguration and was dismayed to see them sitting there with the sound turned really low and not enjoying what was going on.

She was bothered enough by their non-reaction to history that she went back to her cube and watched it on CNN online. I told her that some people were sad to see the last 8 years end, and here were 5 of those people.

I set about doing work at my desk as my feet thawed when I heard one of the conservative subtenants say something about Obama’s lies. I wasn’t going to sit or stand for that and mentioned that at least he wasn’t lying about weapons of mass destruction.

One of their co-workers, a fence sitter who sometimes is a democrat and sometimes is a republican said that it would be no use trying to talk some sense to the guy who said what he said. Me, being me, as if I could be someone else, said, yeah well I just got my shoes shined and I don’t want to step in any shit.

The day ended and I came home still feeling high from everything that happened previously in the day. Turned on the TV, went to C Span where the parade was on, just missing the LGBT contingent by seconds. From what I heard, the broadcast networks and cable networks cut away from the LGBT marching band.

Still what I saw was impressive enough to make me want to be there, marching in front of the President of the United States of America, with or without the Junior Rifle Squad. Preferably without since those spats we had to wear were a bitch. Just an unforgettable day, with a lot of work to do, and a lot of people to put to work. 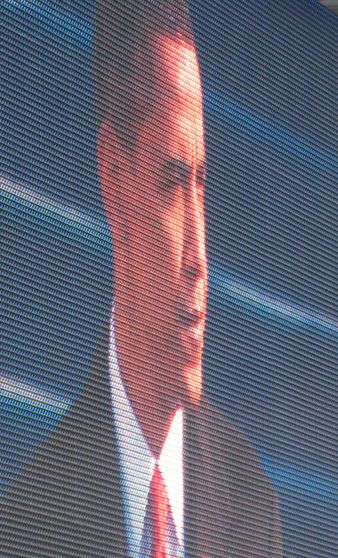 The cause is ennobled, the concept is higher