Well Chaz once again threw a pretty good party. All very adult, chit chat and cocktails. The promised snow storm didn’t happen. I was starving beforehand so I ate a light supper about two hours early. Bill was in the city, fortifying himself with Claratin. Chaz has a cat, Lily (who once tried to take my eye out) and Bill is hyper-allergic to cats.

Rand and Lisa were going too so plans were made to meet at the Path train. I stopped off at Karma Cafe gingerly stepping over the kitchen help laying about the floor and got a gift certificate for Chaz. I started walking down Washington Street when I got a phone call from Bill who was in the city and about to head into the 14th Street Path station.

He mentioned meeting at Journal Square which made sense since the train he would be on would be going to Journal Square after Hoboken. But he wasn’t going to make a move until I gave the go ahead. The plan was to meet at the station so I told Bill that yes we would meet in Jersey City.

Rand and Lisa were a block or two behind me so when I got to the station I called them. They thought we would all be taking a cab from Hoboken to Jersey City Heights and I explained the situation. Rand and Lisa and I met on the platform, Bill on a train already, somewhere.

Nice ride and a few laughs along the way. We got off at Journal Square where we found Bill disembarking from the same train that we were on. He was in a different car, you see. I figured we would be taking a taxi from Journal Square so I bought a six pack of Stella Artois which cost more than usual since it was part of the train station.

When I left the store, it was suggested that we could walk. That was fine by me and I was surprised to find out that Lisa and Bill were into it. I know Bill isn’t a fan of the cold. I could have bought a six pack closer to Chaz’ house but it didn’t matter. Rand and I led the way with Bill and Lisa chatting it up a few feet behind us.

It wasn’t too bad of a walk, a frozen drizzle would rain on occasion but overall it was harmless. We were on Carlton Avenue before we knew it and soon we were in Chaz’ warm living room next to a kitchen table crowded with food and snacks.

Chaz made some excellent vegetarian chili as well, which I only had a tiny portion. Chaz’ lifelong friend Andy was there with his friend Howard. They made for a nice couple as well as Debra and Roy another couple that I only seem to see at Chaz holiday party.

No Dave McKenzie, no Connie and no Kathe. Dave was in Kentucky, Connie was fearful of the blizzard that wasn’t happening and Kathe had gotten out of work in Astoria and was just too tired to make the hike. And it would have been a hike for Kathe from Astoria and Connie could be excused since it would be unnerving to drive home in the middle of the night back to Highlands.

From what Chaz said, Connie was angry with the fact that she wasn’t going to be at the party.

Chaz had presents for most everyone, Bill and I getting a Simpsons calendar as well as a Simpsons bottle opener and two DVD’s, the Outkast movie Idlewild and the Paul Giamatti movie Sideways. You could tell it was a good party, lot’s of food, and drinks and before we knew it it was 1:00 in the morning and Bill was on the phone calling for a taxi to take us back to Hoboken.

Bill was heading back to Stuyvesant Town so Rand, Lisa and I rode to the Path train and saw Bill off. The three of us walked up Washington Street in a light drizzle past people lined up outside of bars trying to get in. I parted ways with Rand and Lisa on 7th Street with hugs and kisses.

I came home and watched Saturday Night Live for a bit while enjoying a night cap before going to bed myself. I waited to hear from Bill to make sure he got home alright. He did but was waylaid by his allergy since the Claratin wore off.

That’s it for now, back to rearranging the deck chairs tomorrow. 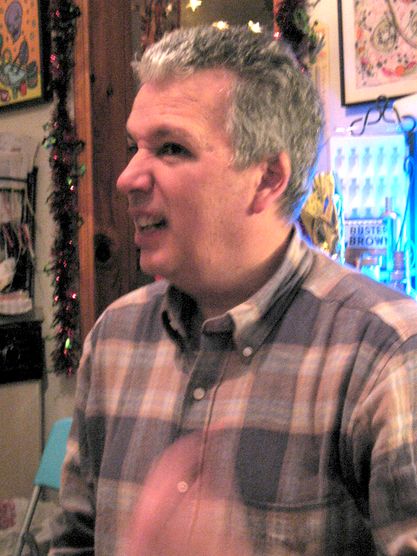 Chaz, the host with the most 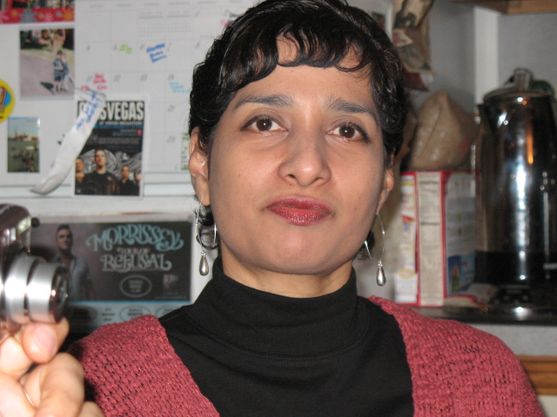 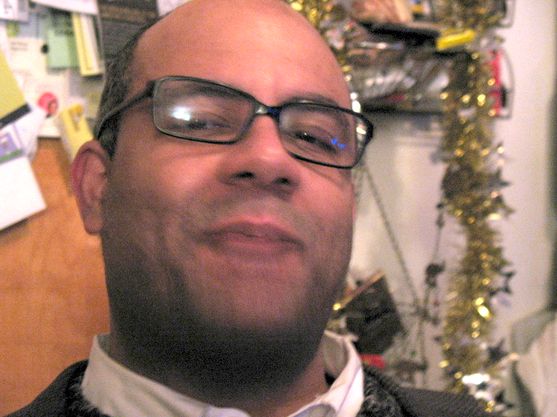 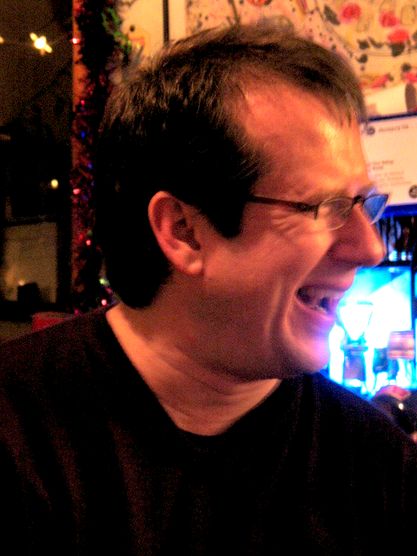 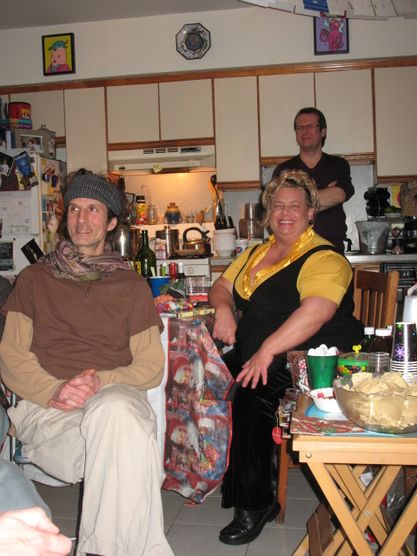 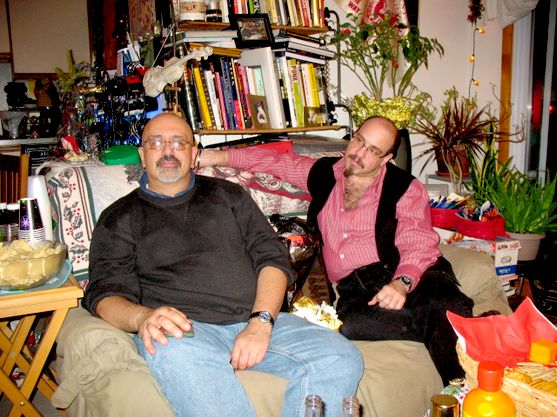 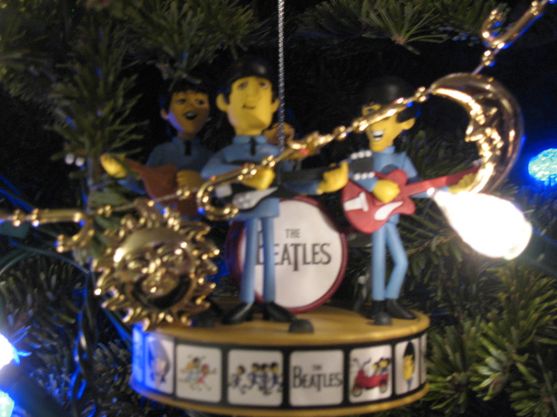 Beatles in a tree 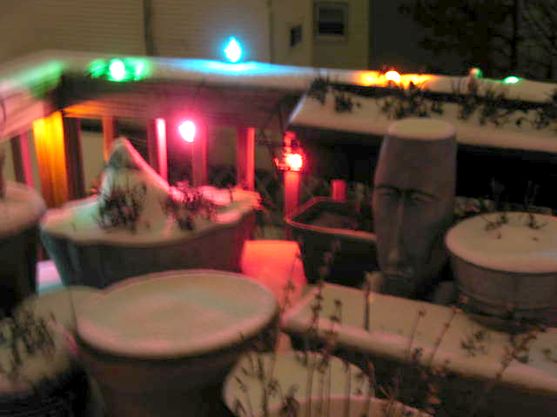 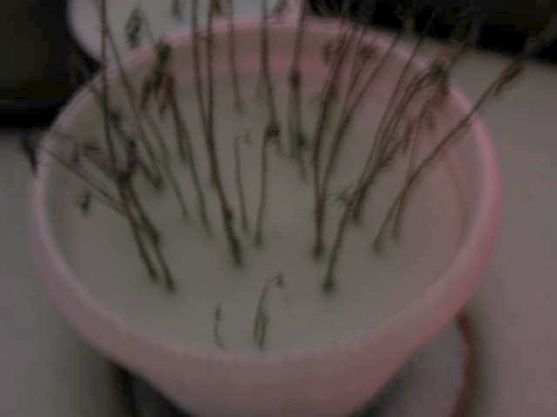 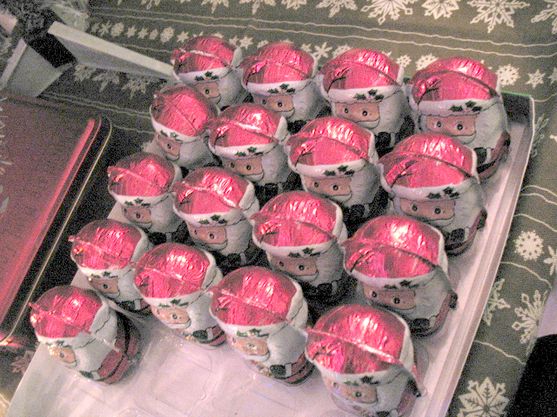 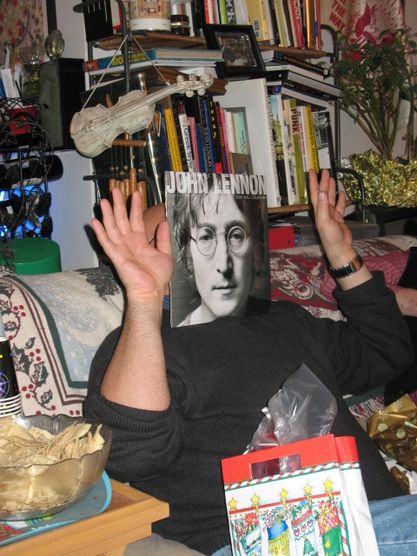 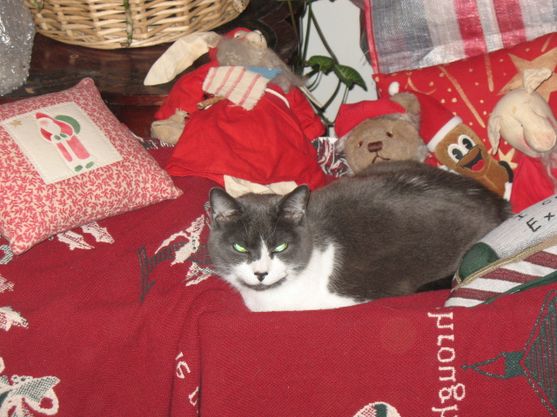 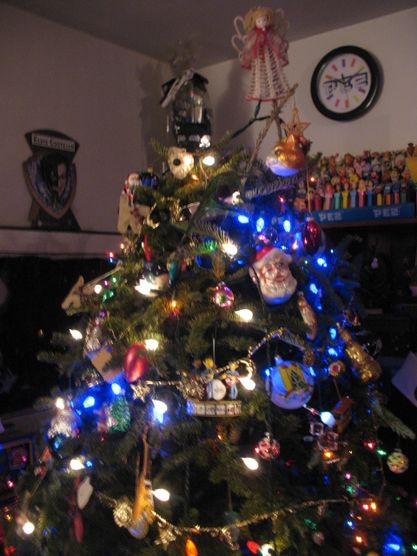 A splendid time was had by all