It’s Sunday, back to school for some, back to the working week for me. Not so bad, just that I’ve gotten used to staying up until 1:30. Last night I was up till then watching Lost. After Broadcast News came the local news and then since Saturday Night Live was a repeat, I found Lost. Back to back repeats.

I didn’t mind those repeats since I do enjoy the show so much. Not enough to log onto the computer and play the webisodes or what have you. Same with Heroes. I enjoy that show as well but I don’t follow it off the television set.

It was pretty much a mellow evening all around. I went to the memorial service for Bill’s friend, then walked up to 33rd street from 10th street and First Avenue enjoying a cigar. Walking up to 33rd street almost guarantees a seat. Lot’s of people heading back to the suburbs clutching large bags of candy from the M&M Store in Times Square.

I buried my nose in the John Lennon biography. He and George and their wives were just dosed with LSD, so that was an interesting part that I’ve read about a dozen times already. Philip Norman does put a good spin on the whole situation. Lot’s of Aunt Mimi stories that I didn’t know previously.

Today was a quiet day. I watched the morning shows up to a point. Couldn’t take any more news about Israel invading Gaza. It’s a mess and it’s only going to be worse. I had started watching The Last Picture Show the other night and finished watching it this afternoon. It was a good movie. Sad that Sam Bottoms died a couple of weeks ago.

If only Peter Bogdanovich didn’t make my skin crawl. It certainly was a beautiful movie though. Excellent cinematography. I watched some of the extras, Making The Last Picture Show and there was big head Bogdanovich, Orson Welles this, Orson Welles that.

I wanted to take a walk to the post office and drop the DVD off in the mailbox, but Bogdanovich just wouldn’t shut up so I ejected it and threw it in the envelopes. As far as I know, Bogdanovich is still flapping his flanged lips in a pile of mail.

Also returned the Doris Kearns Goodwin book, A Team of Rivals. I didn’t think I would have the time to actually read it from start to finish and my ardor for Obama has cooled somewhat.

I still have to finish the Lennon bio and there’s also the Sarah Vowell book, The Wordy Shipmates which I need to start, but that’s a book I can probably read in a day, as if I have a day to sit and read a book from cover to cover.

Had an enjoyable walk around Hoboken this afternoon. Around Pier A and then back on Washington Street. As I walked up Washington Street I walked past the Karma Cafe, an Indian restaurant that I have eaten at a few times. I was surprised to see it closed since they usually have a buffet on weekend afternoons.

I guess it was closed since hardly anyone was around this weekend, but I looked closer to see if they had gone out of business. As I looked in, I saw a pair of legs on the floor. On closer inspection, I saw the legs connected to a body on the floor. I wasn’t sure what to do, if to do anything, so I took a picture. 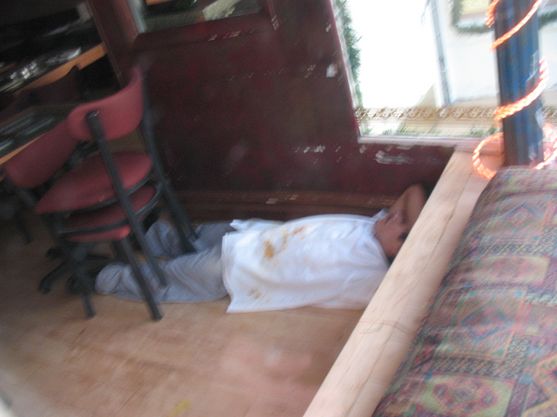 What would you think? A closed restaurant, kitchen help lying on the floor…

Then I called the Hoboken Police Department and explained what I saw. I stood nearby and waited for the police to arrive about 15 minutes later. I explained to the officer who looked in the vestibule next to the restaurant that I was the one who called.

He said he looked and didn’t see anyone. I told him to check the restaurant, not the vestibule. He did and saw a kitchen worker lying on the floor. The police man asked if I tapped on the window and I told him I hadn’t.

He did and also jimmied the door somewhat which made the kitchen worker stir proving that he was alive. The officer laughed and thanked me and I said I probably watch too much Lawn hors d’œuvre .

He said he was a Canapés man himself. 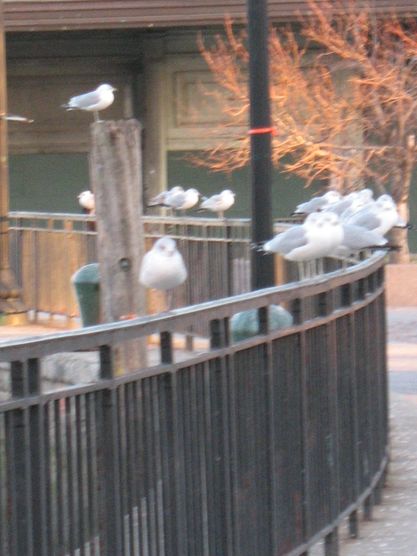 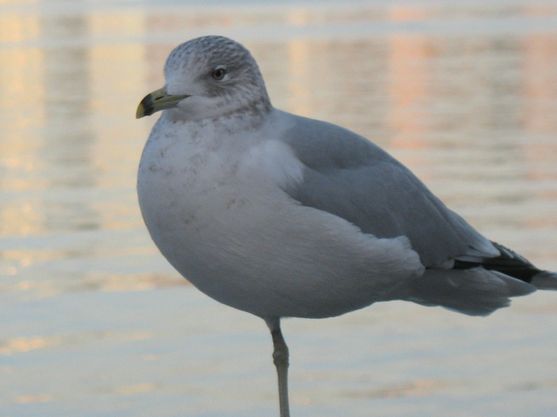 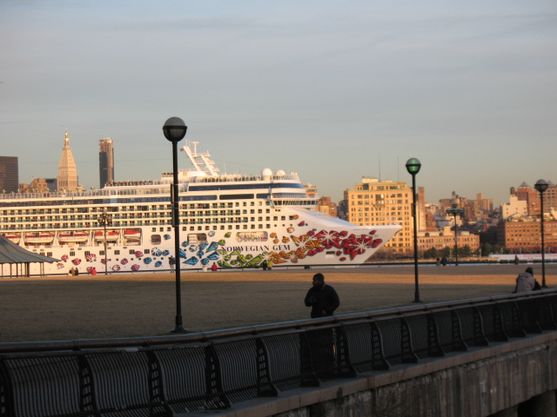 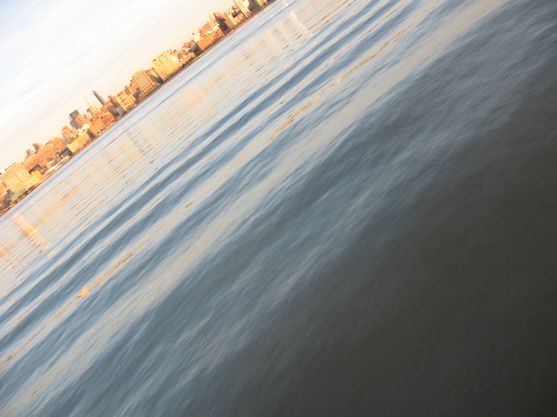