It’s the first Tuesday of the new year. Quick! Make a wish! I am not saying what my wish was since if you say it out loud it doesn’t come true. I actually didn’t wish for anything, succumbing to the adage, be careful what you wish for. Last night was a few steps back. O & RM again followed by Scrubs. And it was an hour of Scrubs.

I didn’t mind. I did not stay up and watch the episode at midnight. I was in bed, fading fast asleep. I usually listen to a snippet of a song before I go to sleep on WCBS. I like the oldies, the familiar, I suppose.

Sunday night was Your Song by Elton John and last night was Get Down Tonight which always reminds me of driving around in Susan Sher’s roadster and sing ‘Woo woo woo woo woo woo woo woo’ and laughing hysterically. It is one of my all time favorite songs. It always makes me feel good and it’s good to go to sleep laughing.

Waking up laughing is always much more difficult. This morning I got up on time, 6:15 and as I got out of bed I was struck by a thought, ‘Why bother?’ and went back to sleep for a few more minutes. There’s really no need for me to hustle into the office at 8:00 anymore. 8:30 is fine. Today was 8:45.

Still one of the first people in the office. That’s the thing, the subtenants are in before me now and they can make their own damn coffee. I do like the subtenants, they’re a lively group.

They love to play tracks from the 80’s and this afternoon they were playing JJ Fad, Supersonic. A one hit hip hop wonder. Of course that stuck in my head like a nasty ear worm. Actually it was De La Soul’s take on JJ Fad, De La Cratic that played for a while in my head.

Somethings are going on in the office to which I am not privy to. One thing I did do today, for myself, not work oriented was to change my Facebook profile picture. I used a picture of pudgy little me from 1976 wearing a Cap and Gown with a bicentennial Liberty Bell medallion hanging around my neck. Vivek stopped by soon after that and asked me to scan some documents.

No problem with that. I scanned and converted to a pdf and sent it to Vivek who in turn sent it to a client. Unfortunately, I sent him the cap and gown picture and he sent that to the client. Oh embarrassing.

He came up to me and asked me to rescan since someone’s graduation picture was sent. I had to own up to it and there was a laugh about it, and I re-sent the proper documents. Who knows if it will bite me on the ass? In any event it was funny.

I was out and about quite a bit today, wearing my late cousin Jackie’s overcoat with a velvet collar. The overcoat was made specially for Jackie and says so inside, stitched above an inside pocket.

It’s a great looking jacket that was originally given to my brother Brian but since it didn’t fit him that good it went to me instead and it’s a good fit. So thank you Brian and thank you Jackie.

Does anyone else think it’s oddly convenient that when Israel kills civilians they say that the civilians were around Hamas strongholds in Gaza?
To be balanced, or at least appear so, Saudi Arabia beheaded 2 men accused of ‘raping each other’. added 9:15PM EST
That’s it for me on this side of the microscope. How are things on your end? 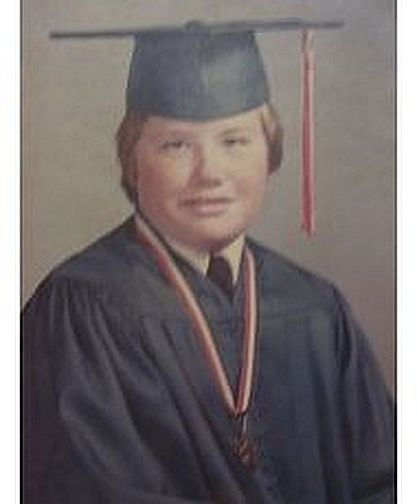 Bill thought this was my brother Brian in the picture. 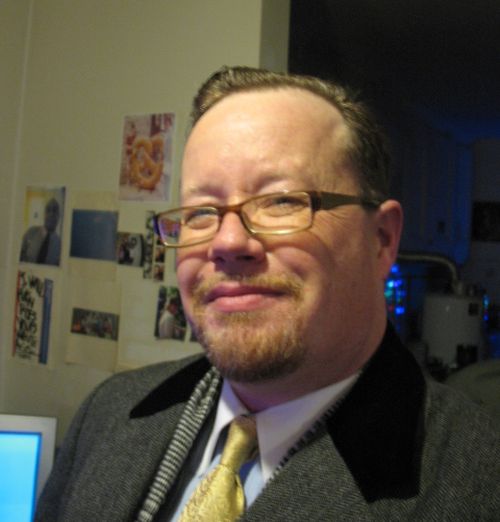 This is me tonight in my late cousin Jackie’s overcoat. Snazzy, no?