It’s a Sunday and if you’ve been keeping score you probably knew that already. That means last night was Saturday and I’ll tell you what I did. Basically watched TV. Watched the DVR of the second half of last week’s Saturday Night Live which was ok, also The Office which was somewhat sad for Andy.

The showdown between Dwight and Andy for Angela’s had (or body) came to a head. I think Andy won the duel from driving under 5 miles per hour in his Prius and pinning Dwight’s legs to the shrubbery.

30 Rock was good though not one of their best, but of course the scenes with Alec Baldwin and Salma Hayek were the funniest.

I channel surfed and wound up on Back Beat, the 1994 movie about the Beatles in Hamburg with Stephen Dorff as Stu Sutcliffe and Sheryl Lee as Astrid Kirscherr and Ian Hart as John Lennon. The guy who played Paul McCartney was too tall, a few inches taller than Lennon but only trainspotters like myself would know or care about something like that. It was an enjoyable way to kill an hour or so, despite the movie being hokey at best.

After that I watched Saturday Night Live which had Rosario Dawson hosting and Fleet Foxes as the musical guests. I read about Fleet Foxes a lot lately in Mojo and Uncut, so apparently they’re big in England and only starting to make a splash here in the states, despite coming from Seattle.

I thought they were ok, a bit like Crosby, Still and Nash which if you like CSN you would probably like them. Me, I am fairly indifferent towards them. A bit twee as Lennon supposedly remarked when CSN tried to sign with Apple Records back in the day. Rosario Dawson was good but overall the show lacked.

Right now Jamie Foxx is doing an impersonation of Barack Obama on the HBO rebroadcast of the Inaugural concert this afternoon. Jamie Foxx is the new Vaughn Meade?

Betteye Levette is doing a duet with Jon Bon Jovi of Sam Cooke’s A Change is Gonna Come. I’m sorry but I don’t think Jon Bon Jovi should ever sing this song at all. Either in a duet or solo. It’s hard to imagine Jon Bon Jovi being oppressed and denied his civil rights.

Betteye should have kicked his butt off the stage. Nothing against Jon. I’ve met him, he’s a nice guy and I’m friends with his cousin.

This afternoon I made it into the city again, stopped by Farfetched and saw Harpy, this time working with Susan. Good to see Susan, both she and Lois are going through the stages of grief over the loss of their business. It’s a sad thing.

Have to get Susan a job somehow, as well as Harpy, Billie, Rita, Steve and various other friends who are presently out of work. Bill is still sick but a little bit better than he was yesterday.

I picked up 2 quarts (a half gallon) of chicken soup as well as a hero from Subway for Bill and walked over to Stuyvesant Town and dropped them off. I sat with Bill for a little while, then headed out and decided to finish the last of my La Flor Dominicana Double Ligero cigars which should make Harpy happy since I don’t think

I’ll be writing about them again any time soon. It was a difficult cigar, not an easy draw and I’ll stick to my Padron cigars from now on. Since I was smoking a cigar I decided to walk from 14th street and Avenue C to 32nd Street and Broadway and it was a good walk, listening to D’Angelo.

Got a seat on the Path train back to Hoboken where I ran into (or was almost run into) by Julio, Stine and Alexander. They were driving to Jersey City to see if they could see the US Air airbus in the Hudson River. Stine and I walked over to the river’s edge while Julio and Alexander stayed in the car. Couldn’t see much but I think I got one workable picture. 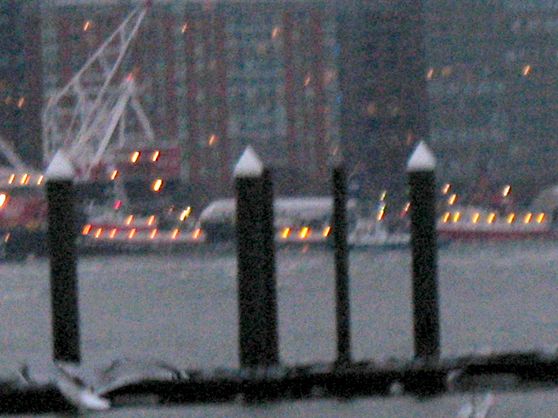 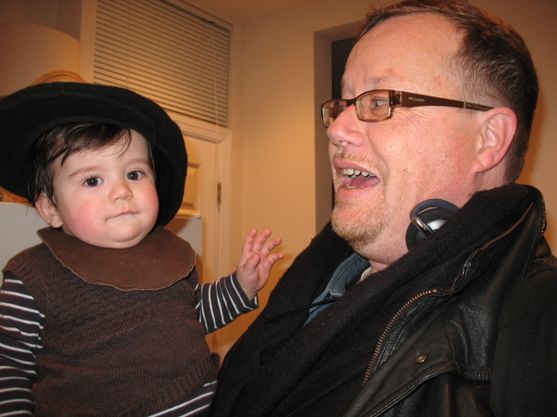 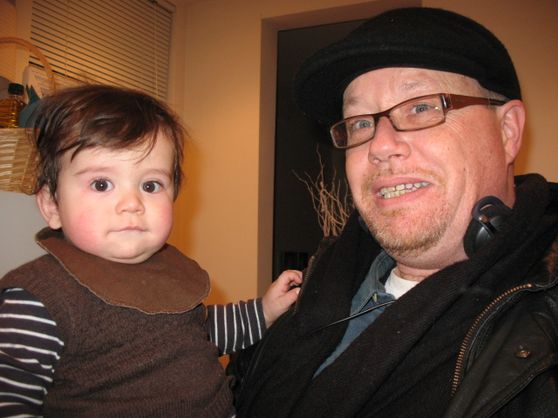 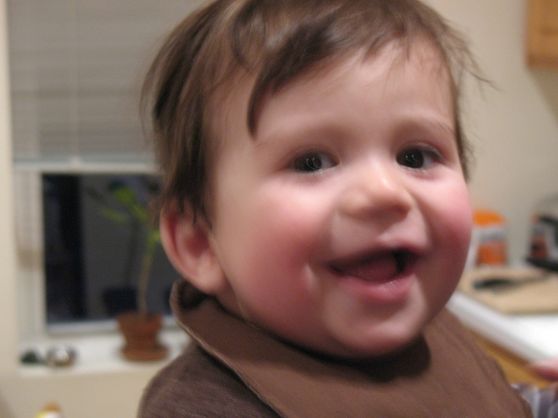 I’m trying to get into the swing of the inaugural spirit but I can’t. The pRick Warren debacle just tarnished Obama in my eyes. I can’t help but feel spurned after the work I did for the campaign. And more and more bad news about pRick Warren keeps seeping out.

How the work against AIDS in Africa that Warren has done mainly consists of meeting up with anti-gay religious nut jobs who’s work counted on faith based initiatives and abstinence only programs that don’t do anything but offer the damaged hope that people just won’t have sex until they’re married as well as pRick Warren actively participating in the demonstration of setting condoms on fire which certainly doesn’t prevent the spread of HIV.

This seems to be the thinking that that is what the sky god from the iron age wants them to do. And I can’t omit the video of the Saddleback Church 25th anniversary celebration from 2005 where pRick Warren implores his followers to be like the followers of Hitler with their devotion to pRick Warren’s plan for the next 25 years of Saddleback douche baggery.

It seems that each time I inch closer to how I felt on November 5 some more news about pRick Warren emerges.

He’s a dangerous man and I still feel he is the wrong choice to deliver the invocation for the inauguration of Barack Obama, but then again I feel religion should have no place at all in the inauguration (or government) and we know that will never happen as long as the belief in an iron age sky god exists. 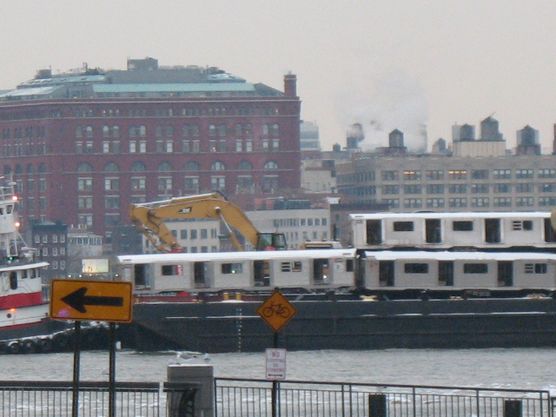 Old subway cars being sent off shore to be deposited into the ocean and hopefully create man made reefs. 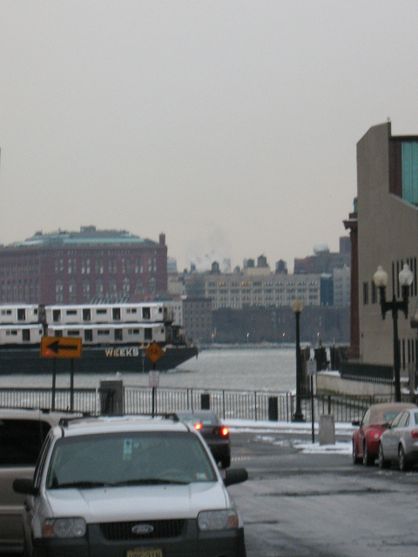 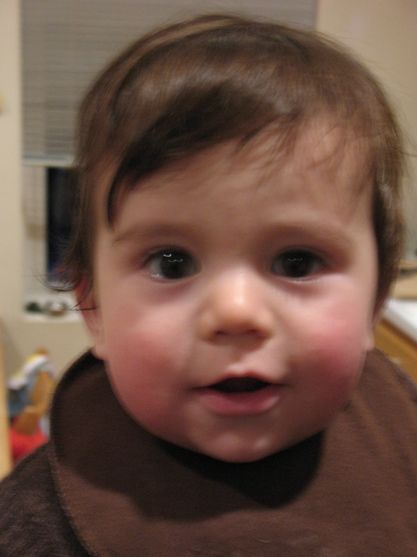