Happy New year to one and all, excepting spammers and haters. I do get a lot of spam that does not make it to the comments. Usually it’s mostly from Russia and almost always written on gobbledygook. So my good wishes for them are non-existent.

Last night was off to a wobbly start. First off I started drinking around 4:00, hitting the Bushmills which made writing fun. Don’t know if it made reading as enjoyable as writing but it wasn’t my concern last night.

I expected Bill to be home around 6:00 but I didn’t hear from him until around 8:00 by which time I was quite buzzed and hungry and borderline cranky. Still I got my act together and headed out to meet Bill at Arthur’s Steakhouse.

I was a bit annoyed with the fact that Bill never called to let me know what was going on on his end. I got over it as I inhaled my steak and potatoes. I had two pints, Bill couldn’t finish his, he said it tasted funny and I tasted it and it seemed fine. After he ate he felt queasy and ran to the bathroom. Nothing happened but he did feel a bit odd he said.

We headed back home and he promptly lay down for a little a while. I enjoyed my La Flor Dominicana Double Ligero and had some more whiskey. After an hour or so of Beatles Christmas messages I woke Bill up to see if he still wanted to go to Rand and Lisa’s as we had planned.

He said he was even though I did give him a few chances to back out. The walk from Park Avenue to Bloomfield Street was mostly quiet in the bone chilling cold. I was slightly inebriated so I wasn’t feeling much of anything weather-wise.

Made it Chez Rigoux-Hoppe safe and sound and climbed the two flights of stairs to their abode. Lois and Fred as well as John Figueroa and his wife Arianna and their daughter Luna were throughout the apartment. 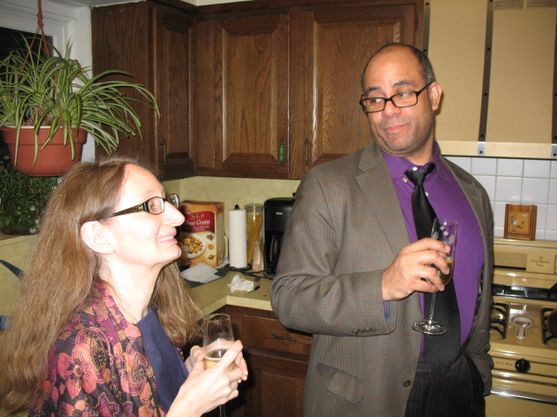 Rand was staving off a cold and doing an admirable job at that. Lot’s of snacks and we got there in time to help hand out champagne before the midnight hour. Lot’s a laughs and chit chat ensued. I continued drinking with some Guinness I brought. Bill had another pint for himself. 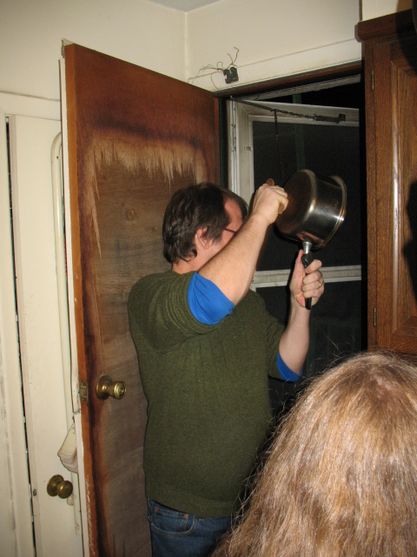 Ran with his pots and pans at midnight

We all settled down after the clanging of pots and pans on the fire escape and watched the Steven Colbert Christmas Special that I had recorded for myself but let it erase itself on the DVR. Good thing that Rand saved it.

Everyone loved it of course, how could they not. Both Rand and I were somewhat surprised at how agreeable it was for Elvis Costello to dress up as a Jack in the Box as well as other things. I think Elvis had fallen out of favor with Rand as well as myself. 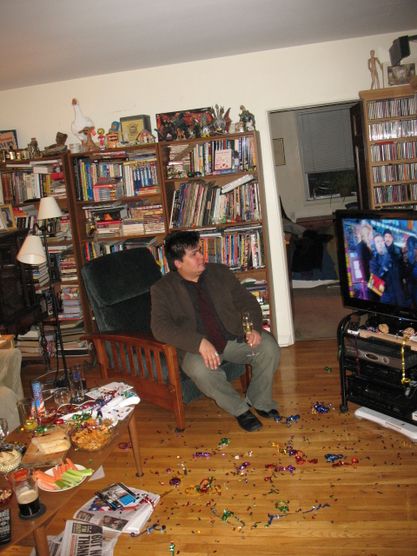 And the version of What’s So Funny (About Peace, Love and Understanding) with Willie Nelson, Feist, John Legend and Toby Keith as well as a grizzly bear was outstanding. 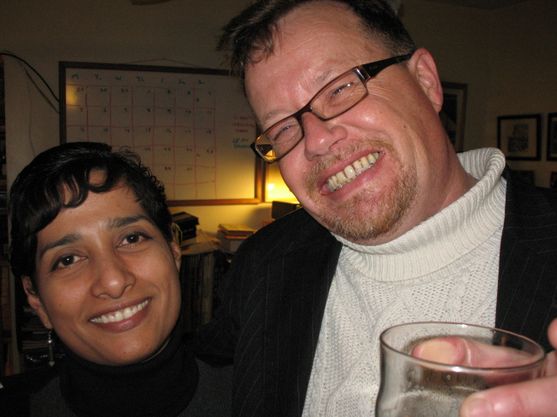 The party wound down after that, with everyone heading to their respective homes and leaving Rand and Lisa with the brownies. 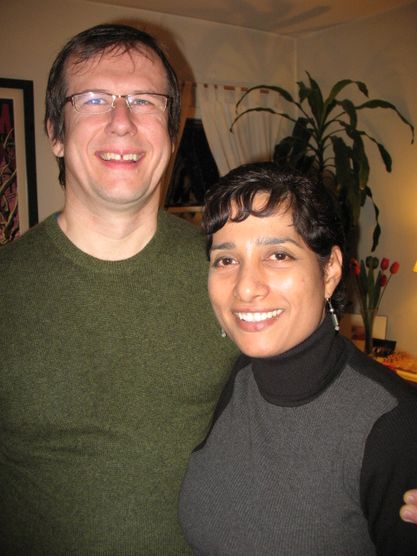 Slept really well, nice to have Bill in bed again. How I missed his snoring. I was up and out on the street at 10:00, getting bagels and newspapers. That was the last of the outside world that I saw for the day. It was enough.

Bill eventually got out of bed and we had a great time together. He even went the distance and finally was able to hook my computer up to the wireless network so once again, I am back on my own computer.

A major accomplishment for which I merely sat on the couch reading and making some hot chocolate. A very nice way to start the new year.

And I once again wish each of you a very Happy New Year! 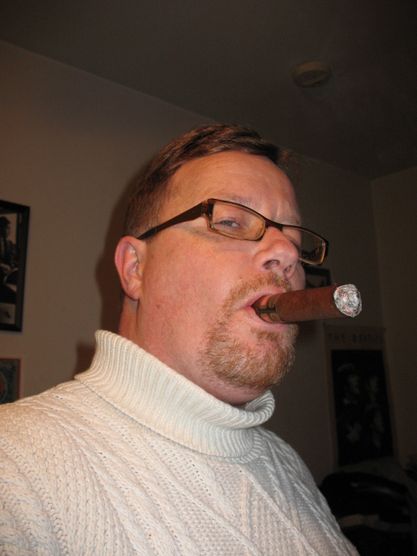 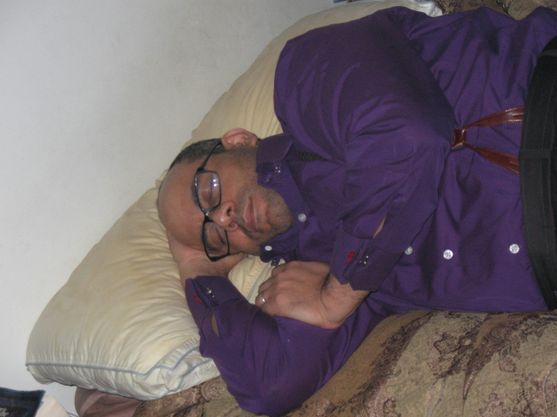 Bill sleeping off his queasiness 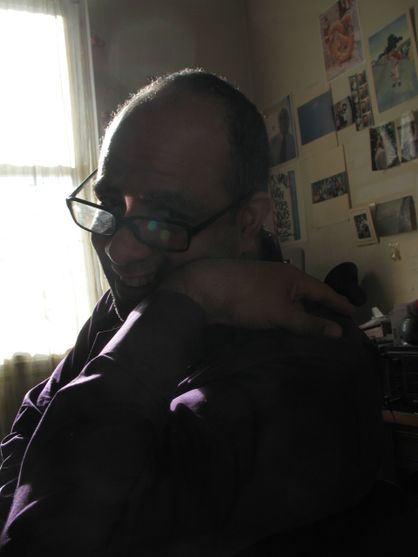